Getting steamed up for our supper

On Monday evening, Amy and I had to work for our supper. The way we worked for our supper was somewhat surprising. We were challenged to exercise to burn 500 calories. The idea being that the low calorie meal we were to eat later would balance things out and we’d actually use zero calories. 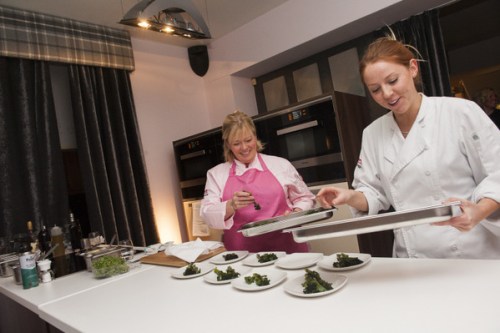 Jak and Alex working with the Miele steam oven

After squeezing into a room with fellow food bloggers and foodies, we were lead through a series of yoga and Pilates moves. We were definitely ready for something to eat when we’d finished. 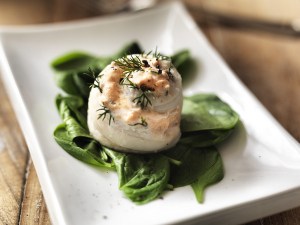 We had been invited by Miele appliances to find out about their steam ovens. Chef Jacqueline O’Donnell of the Sisters Restaurant was in charge. Three ovens had been installed into the main part of Mark Greenaway’s restaurant. Sleek and black, there were buttons to press and part of the fascia moved up to show where the water reservoirs sit. Jak was preparing a meal to show us just how versatile these ovens could be. So convinced is she of their merit, she has replaced her old oven at home with a Miele steam oven.

With many methods of cooking such as using a sous vide or slow cooker with as many different appliances, induction, gas, electric and so on what makes cooking by steam so good? 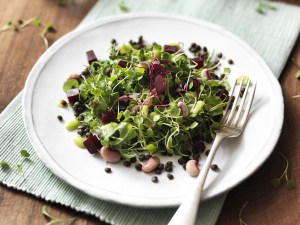 Jak explains that with this cooking method foods really retain their flavour and taste of themselves. Unfortunately, the first dish was purple sprouting broccoli, not one of my favourites. I had to agree though, it did taste of itself. 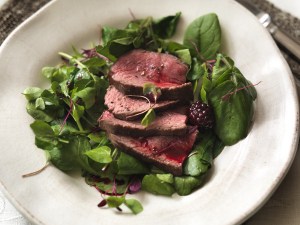 As it was a “no or low” calorie meal, we felt very virtuous supping green tea or water as we ate. Although our topics of conversation did frequently feature butter and wine… Who knew we were so dependent?

Of the dishes we tasted, the sole stuffed with a tiger prawn and flat leaf parsley mousse was probably closest to what you’d expect from steam cooking, light, delicate in flavour. Amy felt the texture was a bit rubbery and the slice of (unsteamed) lemon that came with was a very welcome flavour contrast, adding a bright citrus note at a point when she was over everything tasting of itself.

We progressed to a lovely cooked beetroot salad with lentils which had the perfect texture. I was impressed by how it’s possible to perfectly cook lentils in steam. You can set the oven at a very precise temperature, if it is 50°C it will stay at 50°C. Spinach was a revelation, cooked for just 1 minute, the leaves were tender, not mushy.

It’s perfectly possible to steam meat beautifully. Jak browned the meet a little first before popping it in the oven. As you can see, it had just the right amount of pinkness.

Always ready to give her guests a treat, Jak created a rhubarb and pineapple dessert with “ice cream” made by freezing the thick part of coconut milk. Delicious! As with the spinach earlier, Jak again demonstrated that steaming prevents soft foods like rhubarb from losing their shape, making for a more attractive meal.

Did the exercising counter the calories in the meal? It might well have done, but these two bloggers have to confess they were still a little hungry.

The last time I bought an oven, I had to do it in a hurry as the old one packed up. How lovely to have the chance to specify exactly what you want. One version of the steam oven comes with a convection option. This gives the best of both worlds Cook light and more healthily with steam, but with the option to still get your roast potatoes really crisp.That sounds an ideal option to me.

If you’d like to know more, visit your nearest kitchen specialist dealer and get a demo to see the versatility of the Miele steam oven yourself or look at the Miele website where you can choose your dream cooker.
.