Cau – moo-ving steak to another level in Edinburgh

Cau, the Argentinian steak restaurant opened in Castle Street back in August. To mark their recent arrival in Edinburgh, Edinburgh Foody was invited to an exclusive beer and wine evening hosted by Cau’s expert griller, Dom Ashworth and Head of Bars, Alex McNeil with some other Edinburgh bloggers and journalists. 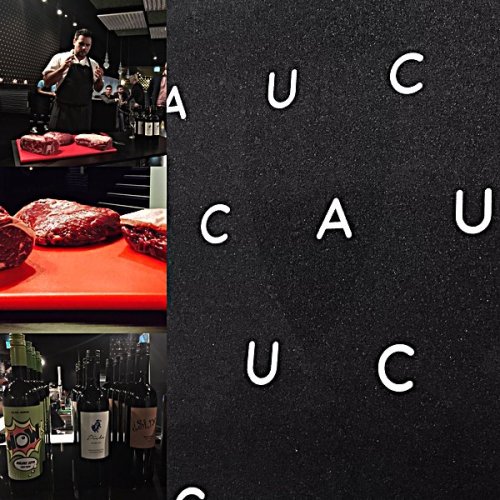 Don’t be put off by the fact that this is a chain. They’re very particular about their sourcing, from their beef to their wines. Their menu embraces Buenos Aires cuisine, a melting pot of comfort food inspired by Italy and Spain alongside the jewel in Argentina’s crown, its beef. Mouthwatering steaks, burgers and steak sandwiches are joined by a tempting selection of more-ish favourites, each with a distinctive Buenos Aires twist.

When Cau started, their vision was to capture the spirit of Argentina in a restaurant that would fit right into the heart of Palermo, Buenos Aires. There’s now 22 in the UK and one in Amsterdam.

We were taken on a journey through Argentina, sampling their three speciality cuts, tasting these alongside three of their Malbecs, which are all exclusive to Cau. 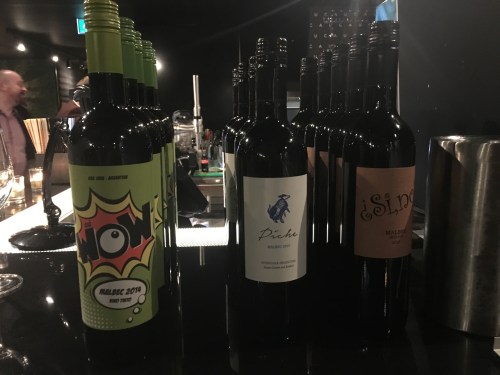 Cau’s wines are exclusive to them

Dom, Cau’s expert griller, knows his subject. He explained how all their beef is from Aberdeen Angus Cattle, free range, grass fed straight from the Pampas Plains of Argentina, and bred with the highest welfare standards. Aged for a minimum of 30 days and cut to order, it means a richly flavoured and tender steak.

All the meats were cooked medium to rare, with Dom explaining that the leaner the meat, the less it should be cooked. 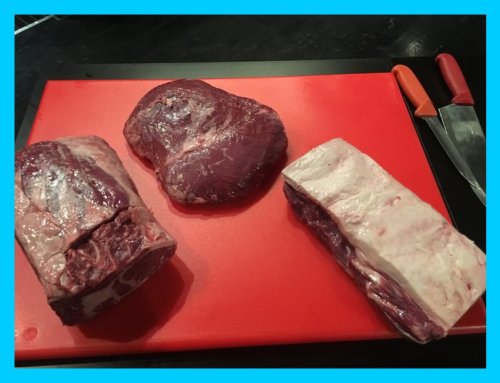 The Lomito, the fillet rump is considered the finest cut in Argentina, combining the flavour of rump and the tenderness of fillet. This would normally be served with a blue cheese sauce but it wasn’t ready. It didn’t matter, this meat had a beautiful iron-y flavour, being a muscle that works hard in the animal.

Tasted alongside the Piche Malbec, from Patagonia, this wine was all about the fruit, with a touch of pepper.

Dom asked ask to close our eyes as we tasted the meat, along with the wine, as it really enhanced the flavours. He was right.

Next came the Asado de Chorizo, a sirloin steak in a churraso marinade of smoked paprika, aji molido, garlic and parsley. Aji molido is a ground red pepper from Argentina. The marinade was smoky and cut through this cut of meat, which has a 7-8% fat content and was enhanced by the tanniny Malbec.

This was tasted with the ‘Si, No? Malbec’, from the east of Mendoza. It was ripe, smooth and powerful.

Last came the Tira De Ancho, the king of steaks. A spiral cut of rib-eye, marinated in chimichurri and grilled slowly to render down the fat, making it incredibly tender. This was tasted alongside the ‘Wow’ Malbec, which has an attractive pop-art label. Ripe and earthy, it tasted of rich fruits with a touch of sweet spice and certainly packs a punch. 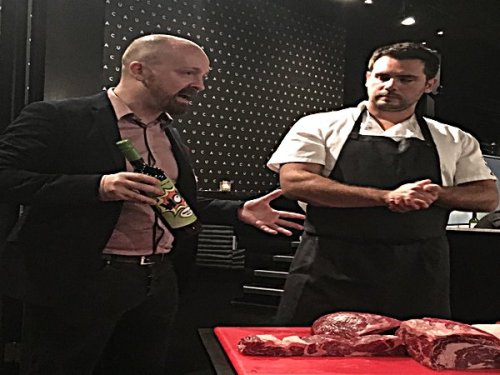 Our evening finished with an empanada making competition. Empanadas are stuffed bread or pastry baked or fried in many countries in Latin America. The name comes from the Spanish verb, empanar, meaning to wrap or coat in bread.

Empanadas are made by folding dough over a stuffing, which may consist of meat, cheese, huitlacoche (corn smut) or other ingredients.

We were presented with raw pastry discs and either a spicy ground beef and onion or a spicy creamed corn and taleggio cheese. Everyone used different crimping techniques from a traditional Cornish pasty to a pinching closure and there was a lot of competitiveness among us all, with the winning crimping going to Morag from Scottish Field.

I don’t think I will be winning any prizes for my technique and I even think my Brazilian sister in law might sack me for these empanadas. 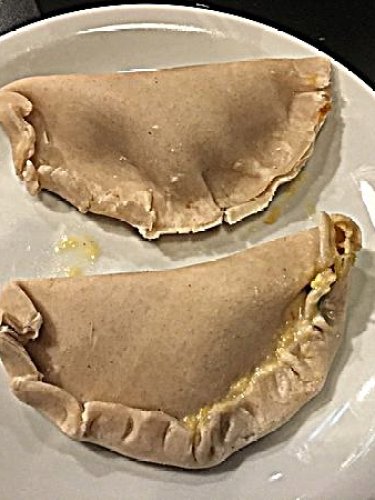 For any meat eaters out there, you should definitely put Cau on your list of restaurants to try. I thought the meat at Chop House at the Arches was amazing but this is just as good and lots of fun. Don’t be put off that it’s a chain. It’s definitely worth a visit.

They do a rather inviting Sunday Roast, every Sunday for just £15. There’s a choice of roast rump of beef, half spatchcock chicken or twice cooked pork belly, served with Yorkshire pudding, roast carrots, beef fat roast potatoes, red wine gravy and onion rings. My mouth is watering just writing about this.

And if you’re looking for a sharing type of night, the Cau Feasting Plate could be one to push the boat out for. It’s not cheap at £87.95, but split between a few of you it’s slightly more affordable. There’s a lot of meat, with 400g each of the Lomito, Asado de Chorizo and Tira de Ancho cuts – but forget inviting any vegetarians!

Kerry was invited as a guest of Cau