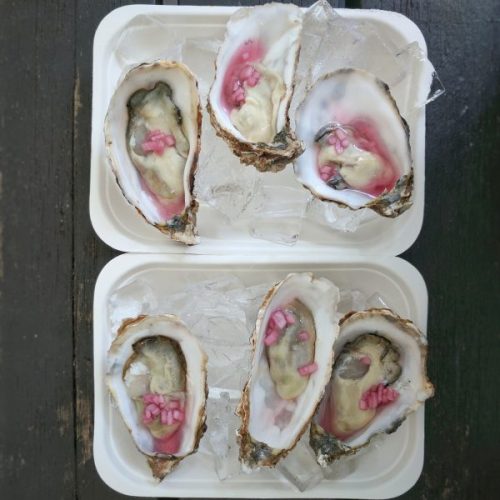 Edinburgh’s first ever Shuck Fest marked the end of the Cowgate’s St Patrick’s celebrations. The crowning glory, one would think, of three days of revelry at Three Sisters. It was also a Sunday, and the day after two important rugby matches (so Christopher tells me). That’s probably why it was so very quiet.

When I arrived, and hour and a half into proceedings, four people were drinking beer at a long table and Barnacle & Bones were setting up. Nothing daunted, I located and bought oysters, ordered a half of Guinness, then followed up with crab claws.

When we left, ten people mooched about the four food stalls, looking at menus. The oysters were lovely; the crab flawless. Pity everyone else was still in bed.