I was intrigued to learn that the UK’s largest privately owned hotel chain, Macdonald Hotels, has been teaming up with leading Scottish chefs to give their restaurants an edge. 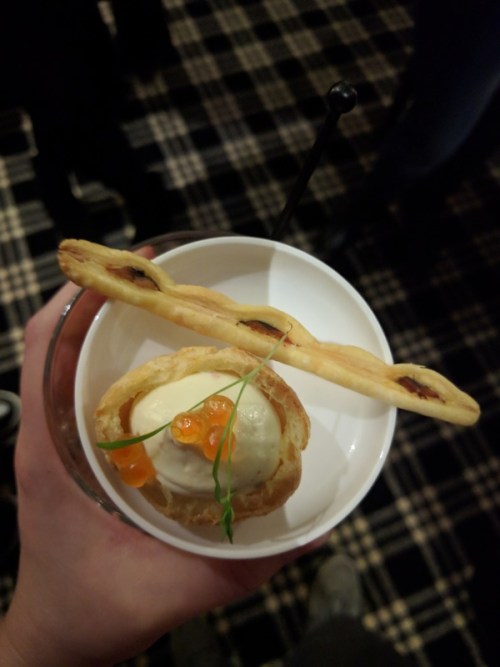 Most recently, having extensively renovated their rooms, facilities and kitchen, Macdonald Holyrood partnered with Paul Tamburrini, previously Chef Director of The Honours, to add a sophisticated Scottish-French touch to their meal offering. I was pleased to be invited to sample the new menu, which brings luxury to the Mile’s restaurant options with stylish, flavourful twists on fine dining favourites. 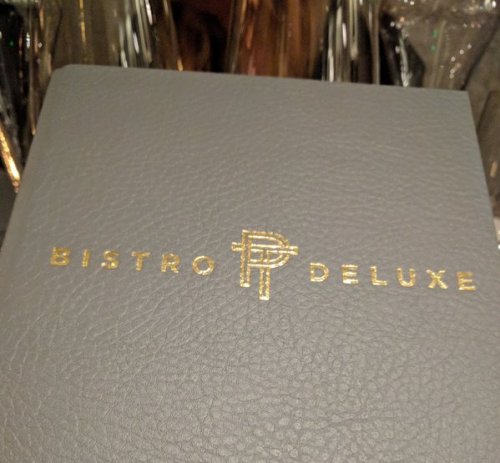 We began with cocktails, a Negroni and a gin fizz with cassis, two elegant stalwarts. A trio of canapes included a half choux bun with whipped cream cheese and salmon roe, as well as a thin, umami-rich pastry with anchovy. Each demonstrated the skill and knowledge of the kitchen, providing a sense of what was to come.

The amuse bouche of salmon parfait, cucumber foam and cucumber gel tasted like the essence of its elements and delivered exceedingly light textures; well executed, if not exactly thrilling. 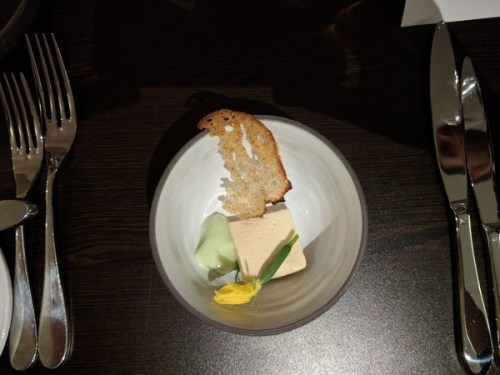 In comparison, the starter was absolutely divine. I had opted for no meat but fish, and was served hand-dived Orkney scallops with heavenly brown butter, lemon, tomato and baby capers. I felt it was far superior to everyone else’s foie gras! The brown butter very moreish and the large scallops were delicately cooked, slightly charred at the edges. A superb balance of sweet, sour, savoury and sharp, the scallops were perfectly paired with a glass of Picpoul de Pinet. 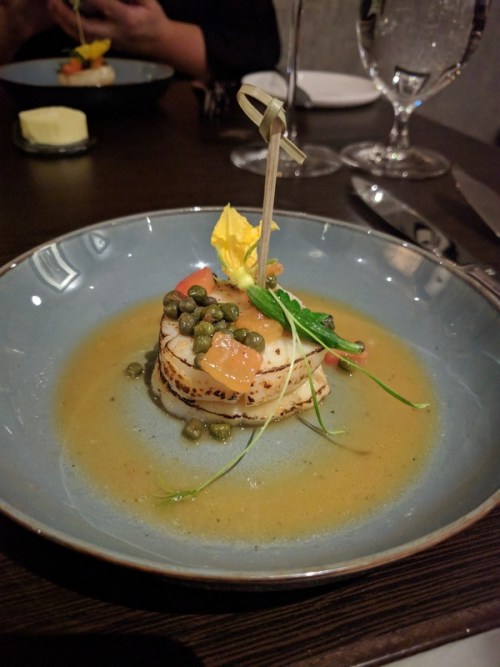 To follow, I was thrilled with my Lindesfarne oysters with G&T granita. They were outstanding; expertly shucked and incredibly creamy and sumptuous, with a sweet punch from the granita. The wee oyster leaf on the dish was a revelation, and a nice touch. A rubbery green leaf with a white coating, it conjured the taste of oyster through your nose and throat. 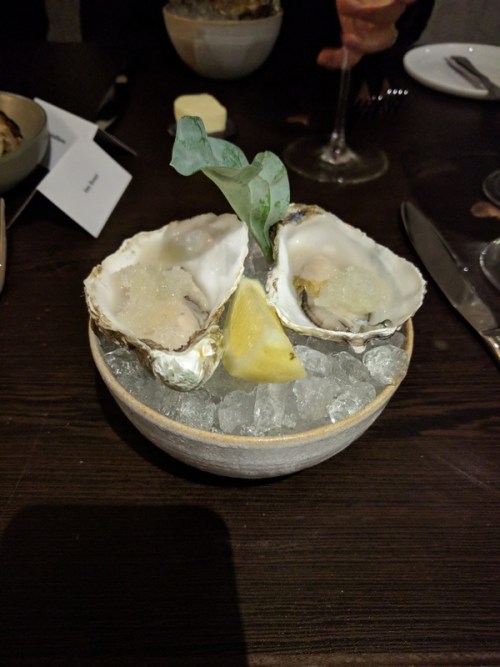 For a main, I enjoyed a dense black truffle cremeux risotto with slow cooked egg. (The beef of my fellow diners did have the most luscious meaty smell though, which I confess made me salivate…) The risotto was perhaps too salty, but certainly generous with truffles. The rice was a little undercooked for me, but overall it was a very satisfying bowl, with the egg yolk in particular adding extra richness. I couldn’t have eaten any more, but was delighted to wash it down with another excellent wine; this time a Pinot Noir from Uruguay. 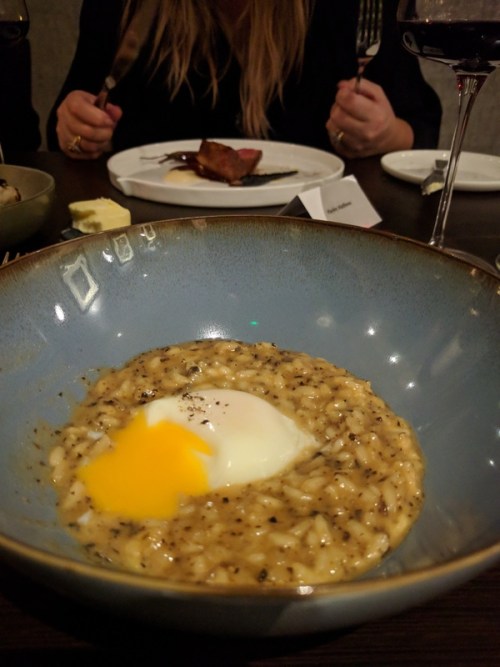 Dessert was Creme de Catalan with pineapple, mango and banana sorbet. It was thick and velvety with a warmth from cinnamon, contrasted with an exotic fruity zing. An assertive finish, but not too heavy, my only reservation was serving it in a glass – it was too tall and hard to scrape out the last drops! The Tokaji wine to accompany dessert was another beautiful choice, and the farewell petit fours were also nice; neither too sweet nor too bitter. 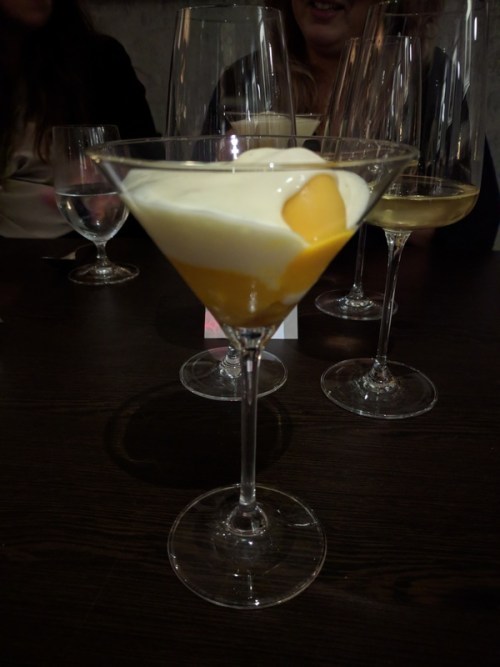 Ordinarily I wouldn’t go to a hotel for a meal. But I am attracted to the trend of partnering with top chefs, which can transform the restaurant and diminish the hotel feel. Our surroundings felt high-end and classical, with attentive and knowledgeable staff dressed in blue velvet jackets. I can now totally understand the draw of coming for the restaurant and staying the night – I didn’t feel like I was eating in a hotel, but it did make me want to book a room. This could be a new way to choose where to stay on holiday…

Amy dined at the invitation of Macdonald Hotels