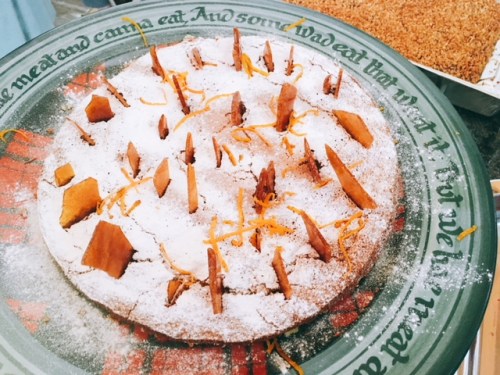 I was honoured to be invited to share an evening reception at Wendy Barrie’s Scottish Food Studio in Aberdour on Sunday night with the American Chapter of Les Dames d’Escoffier.

Les Dames d’Escoffier are international leaders in their fields of food, drink and hospitality and are in the UK for a biennial, high-profile, food tour, Edible London.  In response to demand, prior and post this event, for the very first time, there are two distinct groups of Dames joining a bespoke tour, Edible Scotland, providing an exclusive insight into our country’s outstanding food and drink producers, chefs, businesses and experiences.

As it was not possible to cover all of our treasured food haunts in three days, Fiona Richmond, Head of Regional Food at Scotland Food & Drink and Wendy Barrie of Scottish Food Guide, and co-ordinator of the trip, decided to bring some food and drink ‘stars’ from across Scotland to Fife to meet the group.

We were all invited to bring along a small platter, representing our specialty to share with the guests and what a feast it was.

Naturally, I took along my Glengoyne Whisky, Orange and Almond cake, winner of the Observer Food Monthly Readers’ Recipe Award in 2016, accompanied by a whisky and orange cream. Judging by the empty plate, it’s safe to say that I think people enjoyed it. And a huge thank you to Glengoyne for donating a bottle of the Glengoyne 21 Year Old, the key ingredient in this special cake.

It was so lovely to meet and taste all the food offerings.  Everyone went to so much effort and I think the Dames were suitably impressed.  Just some of the food on offer included: Alison and Robin Tuke with their Hardiesmill’s Ethical Scotch Beef; Gillian Rodger’s amazing beetroot and Puy lentil salad; Paul Newman of Thyme Restaurant in Perthshire with his game terrine; Wendy Barrie’s amazing cheese shortbreads (I’ve asked her for the recipe and will share soon), among other things; Denise Walton of Peelham Farm who brought some very tasty charcuterie and salamis; Nikki Welch of Wine Tube Map who brought some scrumptious cheeses and matched beers (sadly I didn’t get to taste these); Vivian Madea’s delicious wild sushi rolls with foraged herbs, and for once, a sushi roll I could eat as it had no fish; Sharon Wilson of Bite Magazine’s pickled pink Scotch eggs; and finally, Helen Vass, pastry chef and winner of BBC2’s Bake Off Creme de la Creme 2016 who made the most amazing handmade salted caramel and Yuzu chocolates, which were quite divine. Apologies to anyone who I have missed out and I know I have! 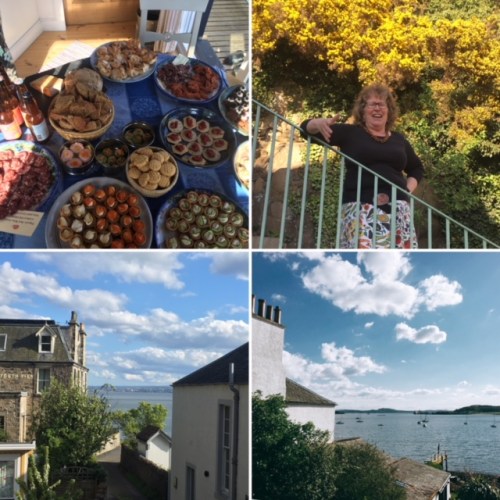 Helen is a recipient of one Les Dames d’Escoffier 2018 legacy awards and will be heading to New York in the autumn to spend a week at the historic James Beard House – former house of the Dean of American Cookery – assisting multiple guest chefs during their weekly showcase dinners.  She will be hosted by Dame Shelley Menaged. Good luck to you and I can’t wait to hear how you get on.

Lastly a huge thank you to Fiona and Wendy for organising such an interesting evening and to Wendy and her husband, Bosse for sharing their idyllic home with us.  The sun shone and our visitors were treated to the best of Scottish food and drink and weather in the most wonderful setting. It was certainly a night to remember with new friendships formed.