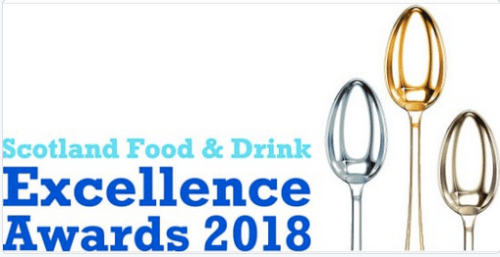 Once again, Kerry was delighted to attend a glittering awards ceremony last night celebrating the best of Scottish Food and Drink at the EICC, where 740 people gathered to see the winners crowned.

Chef Simon Rimmer from TV’s Sunday Brunch and more recently from his nailbiting appearance on Strictly Come Dancing (he reached week 6), did a sterling job of keeping the show on the road and presenting the awards; not an easy task when the wine was flowing. He was even seen heading in the direction of the infamous Fingers Piano Bar at the end of the evening, although I’m not he knew what he had let himself in for.  Not exactly the glamour or the space of Strictly.

Leith’s at the EICC were responsible for the food on the evening, which showcased Scotland’s fantastic larder including produce from previous winners and finalists. The meal began with a starter of Luss Smokehouse Trout served with Summer Harvest Green Tarragon Mayonnaise, with the vegetarian option being Katy Rogers Oatmeal Crowdie, New Potato and Courgette Salad with
Sorrel Pesto (v); followed by Scotch Leg of Aberdeenshire Lamb and Stornoway Black Pudding for main and finished with Pittormie Gooseberry, Elderflower Grahams Dairy Baked Cream. 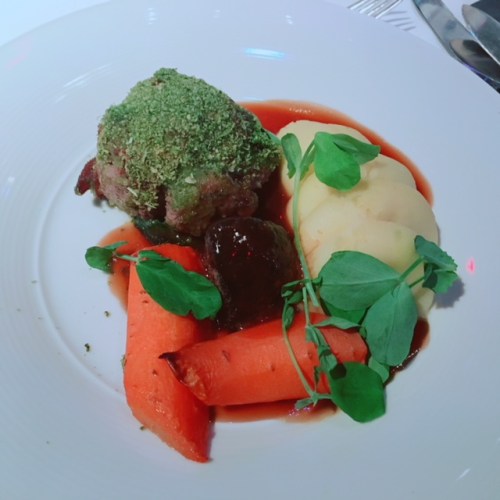 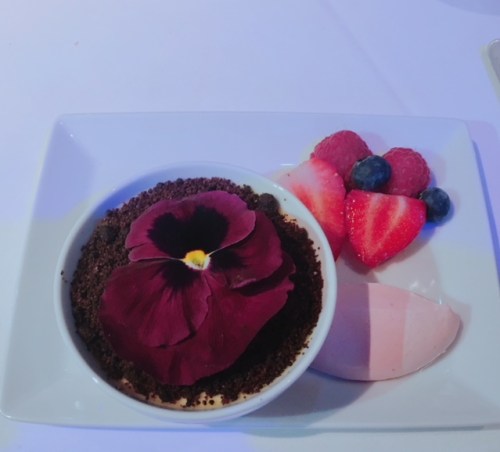 Twenty-six winners are celebrating after being selected from over 275 entries and announced as recipients of a Scotland Food & Drink Excellence Award 2018, Scotland’s most prestigious food and drink awards.

Twelve product-focused categories were judged by a thorough process, which included the scrutiny of packaging, quality of product and taste. In the course of their assessment of the entries, the judges sampled 197 Scottish products ranging from cheese and chocolate, to ginger beer and gin.

Recognised by both trade and consumers as an accolade of the highest quality, the awards are organised by Scotland Food & Drink and run in partnership with The Royal Highland and Agricultural Society of Scotland (RHASS), with Asda as headline sponsor