Pop up food shops: Will they vitalise Britain’s High Streets?

If you’re an online food business and thinking of having a physical presence somewhere, what are the best steps to take? If you meet the local criteria, you might get a pitch at a Farmers’ Market eventually but the queues are inevitably long. You may take part in one of the food shows that take place up and down the country. But with stands costing £400 or more, you need to very sure that it will be worth your while and cover your costs. 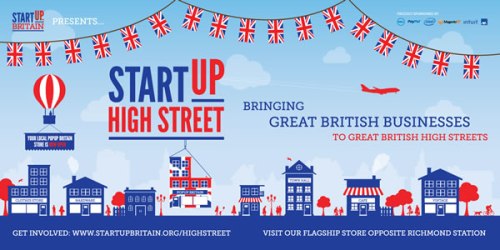 Start Up Britain has launched PopUp Britain to give new British brands a rare opportunity to get their products onto the British High Street. The first popup store opened in July in Richmond, Surrey and has housed Britain’s most promising small enterprises for two weeks at a time. All of these start-up retailers already ran online businesses, but none of them had the financial clout to take on a shop single-handed. PopUp Britain stepped in to offer a co-working, co-funded space for brands to experiment with physical retail, test the market and gain face-to-face customer feedback. What a great idea!

The first set of food related businesses has just finished their two week stint in Richmond. I caught up with Alastair Moodie  of Home Ground Coffee travelled down south from his base in Cardross not far from Helensburgh to take part. He and his the business four years ago and have already travelled all over Britain attending fairs and markets. So the pop up shop was  an obvious next step. 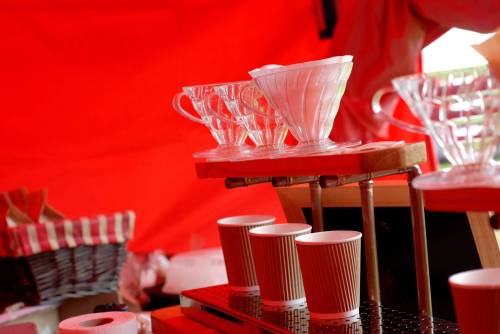 “Arriving at the shop to share it with 5 other businesses none of whom had met before was something totally different”. Alistair tells me. 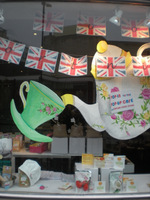 The Pop Up Shop in Richmond

“Having a physical presence rather than an online one, means different tactics – social media alone would not work. The businesses needed to go out and market the shop and their products to draw people in. Although located in quite a busy place, footfall didn’t directly go past the shop. It a while before locals realised that there was a food shop there”.

“All the businesses found it was great to get immediate feedback and learnt a huge amount from the experience. I think it’s such a good way to revitalise areas that have lost their heart. It would be great to see such pop shops in Scotland, especially around Helensburgh” 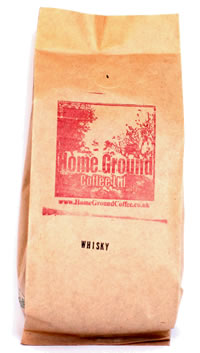 Alistair clearly loves chatting with his customers. It’s something he gets to do even in his online business. He has a coffee subscriptions service from £8.95 a month (or a trial 3 months for £27). Subscribers get freshly blended coffee delivered each month in beans or ground and different varieties each month (or the same if preferred). His subscribers regularly get in touch to discuss their next bag of coffee.

So, after your two weeks as a shopkeeper, what next Alastair?

“I would like to open a shop but it has changed the way I would like to run it. If rents continue to be too expensive, it would be great idea to get the really small business that fit together work together in one shop. Sharing the risk and sharing ideas”.

Just now, I’d love to try the whisky coffee. How did that come about?

“The whisky coffee was a project I ran with Springbank distillery as I oak age some coffees in whisky barrels.  The coffee is flavour matched with the oak of the barrel which softens acidity. The previous content of the barrel which was bourbon which adds vanilla and caramel notes and finally the 18 year old malt which was a peat smoked Longrow.

As for me, I’m looking forward to following Alastair’s success.

PopUp Britain plan 10 more such pop up shops across Britain before Christmas – Scotland may have to wait a little longer. But if you know of an ideal places, they’d like you to get in touch!