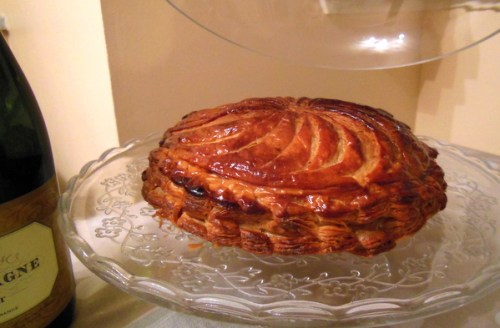 La galette des rois (literally the King’s cake) is the cake to celebrate Twelfth Night in France and one of my favourite French seasonal cakes. We eat it generally every weekend of January because it is a good occasion to celebrate with friends and family and one day is not enough to meet everyone! (To my opinion, several galettes are always better than one!)

This tradition has been held for several centuries. The first writings about this cake are dated from the thirteen and fourteenth century but it is only during the middle age that it took the name of the “king’s cake”. La galette des rois is a round cake made of puff pastry filled with frangipane and a charm. Adding a charm to the cake is a tradition that probably came from the Romans who used a black or white charm during celebrations to determine who would be the “king of the feast”. There is a second legend that would attribute the charm to the “Peau d’âne” story (Donkey skin) of Charles Perrault. It refers to the moment when the princess adds her rings into the cake she bakes for the prince. 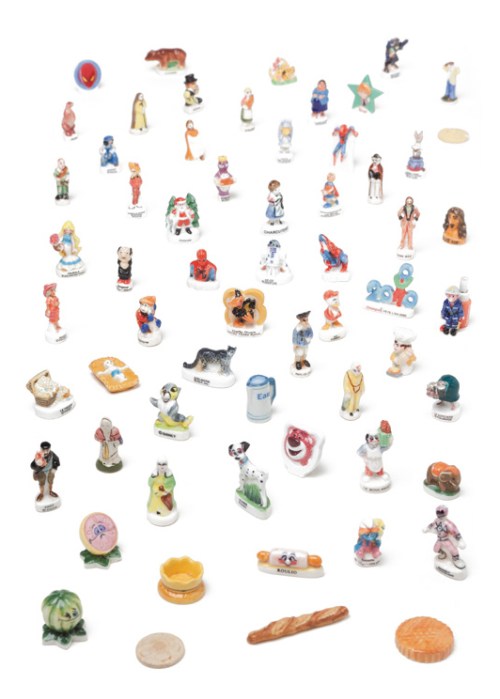 Today the charm added to the cake takes any kind of shape. It could be a piece of gold, a Shrek or even a piece of puzzle. Unfortunately the charm is now also a marketing excuse for each patisserie to offer a “unique” collection and attract more customers. Some patisseries even offer designer charm collections (we are far from the small animals I had when I was a child!).

There is a second version of the galette des rois called the king’s crown: a round brioche topped with rocks of sugar and dried fruits. This crown is also found in Spain to celebrate the arrival of the Three Kings. It is a good alternative when you cannot eat any more traditional puff pastry/frangipane combo! 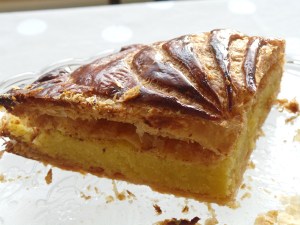 Flakey puff pastry and smooth frangipane. The best of the Galette!

This recipe is from Christophe Michalak, a very trendy and famous pastry chef in France. I like his version because the frangipane is light and tastier than other recipes I tried previously. If you feel like trying something a bit different,  you can change the almonds for pistachios in the frangipane for instance.

Save Print
Preparation time
1 hour 30 mins
Cooking time
1 hour 5 mins
Total time
2 hours 35 mins
This recipe is time consuming, but it is certainly worth all the effort.
Author: Sophie Maulevrier
Recipe type: Dessert
Cuisine: French
Serves: 6
Ingredients
Instructions
3.2.2310
Thank you to Fricote Magazine for providing the photograph of the charms. You can purchase this magazine in the UK through Analogue Books.

I am just a French girl whose true passions are eating and travelling. I have been living abroad for almost 10 years and enjoy very much all European Cuisines. http://food.oohmyworld.com
View all posts by Sophie Maulevrier →