A fun day out at the Ideal Home Show

It was a bright Sunday morning as the Traditionalist and I headed to the SECC for the Ideal Home Show. He had been several times as a child, but it was a first visit for me and I was looking forward to sampling everything the show had to offer. On arrival, we were presented with our show guide (essential for navigation) and we were off!

As soon as we got to the food and drink section of the show, there were interesting kitchen gadgets on display. I was sorely tempted by the Diablo toasted snack maker, a beautifully designed little device which could be lined with any kind of bread or pastry and then filled with whatever took your fancy. A couple of minutes on the hob, or even over a campfire (I was very excited about this until the Traditionalist reminded me I never go camping) and you have a delicious little pie-style snack. The fact that it comes neatly apart into two halves, combined with the fact that it forms a seal when you close it makes it very easy to clean. It’s even dishwasher safe! 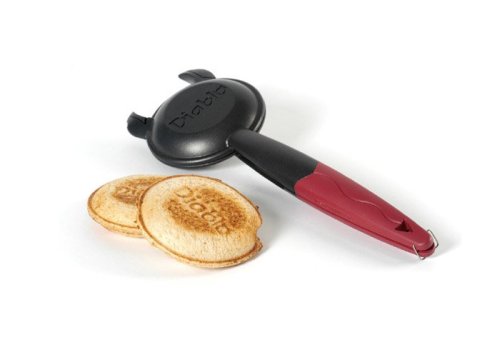 I was sold, but the Traditionalist convinced me that we should at least take a lap and see everything on offer before we bought anything. We were soon both glad we hadn’t had much by way of breakfast because there was a great range of tasty things on offer. Lidl UK had an entire market set up and, true to form, the Traditionalist headed straight for the whisky tasting. He was very impressed by the 12 year old blended whisky, as well as the shortbread (a true Scot).

The next thing we saw was the Nova Multi-Quirl Whisk, advertised as the “most powerful hand-held whisk in the world”. The demonstration was very impressive, with the whisk able to froth skimmed milk into cappuccino-like foam within the space of 30 seconds. I had been toying with the idea of buying a milk frother to fancy up my coffee for some time but with this I envisioned making mayonnaise and other such treats as well! Thus my first show purchase was made. 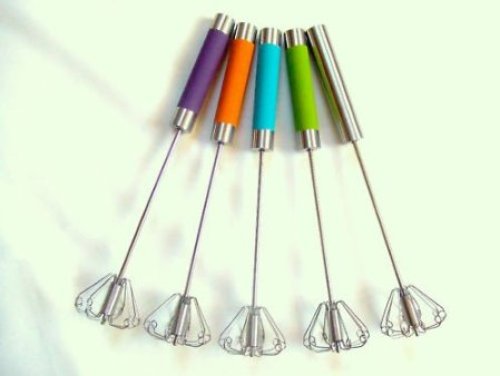 As we wandered around the show, the Traditionalist and I both admired the range of food and drink stands. There were several different stands offering cheeses, particularly cheddars. Snowdonia cheeses had an extra-mature cheddar called Black Bomber which has won multiple awards and rightly so. It was creamy but bursting with flavour and, judging by the number of people coming to taste it, a real crowd-pleaser. I found myself drawn towards Heck’s stand by the smell of freshly cooked bangers and was unable to resist their smoky chorizo-style sausages. With a pork content of 97% and a rich paprika flavour, I couldn’t help but take some home.

There were also a number of different gin producers at the show. Being an avid gin-drinker, I was delighted by this. Rock Rose, a new handcrafted Scottish gin, was crisp and refreshing when combined with tonic. Eden Mill brewery, whose beers I was already aware of thanks to Amy, had also brought a range of different gins to try. I enjoyed the Golf gin they presented particularly, thanks to its citrus zing. 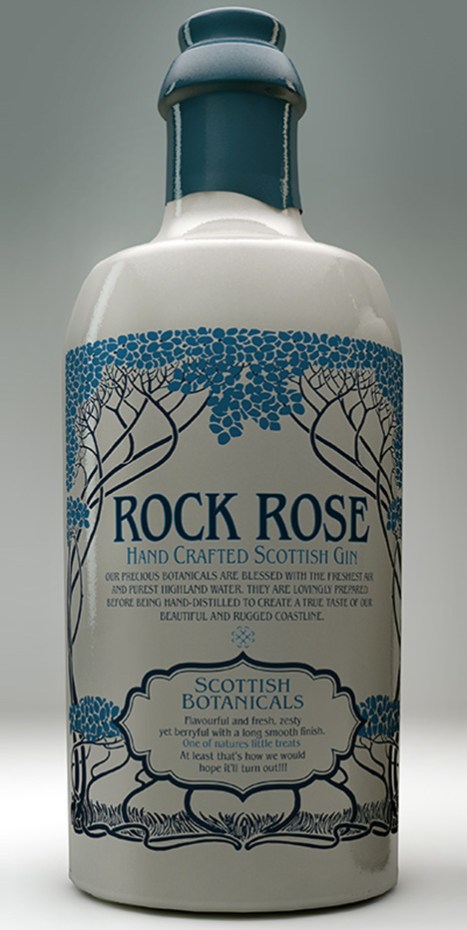 Delicious and comes in a lovely bottle

One thing which I was surprised by was that there were no stands selling coffee beans or ground coffee. There were several places to buy a cup of coffee but I had expected to be able to speak to some artisan coffee roasters. The coffee scene in Edinburgh is very vibrant, and I would have imagined the same to be true of Glasgow but there were no such stands in evidence. It seemed an odd gap in the range of offerings, and I would encourage local coffee roasters to consider attending next year as it was something I felt was missing.

The show was very well organised though, with clearly defined zones and an excellent range of stands to browse. The Traditionalist commented on how much bigger the show was than when he had last been as a child and we both felt that it would be an excellent day out for families and individuals. I hope to be back again next year, whether with Edinburgh Foody or just by myself.

Slaine visited the Ideal Home Show on the show’s invitation.

Photo credits:
The Diabolo website
The Nova Multi-quirl on Amazon
Get your hands on Rockrose Gin