Although this is my first post for Edinburgh Foody, I wanted to take a trip down memory lane and share a favourite family recipe. My parents moved to Edinburgh when I was about three years old, although I was actually born here! A few years later my Mum decided it would be good idea for my father to go to an evening class at Telford College to learn how to make desserts.

Every week he would proudly return home to show off his latest achievements and I’m sure the neighbours very quickly figured out when Tony had been to a class, as there was always a stream of friends popping in for coffee and cake. Within their own little network Dad built up a reputation for being a great cake and bread baker and in fact made all the bread we could devour on a weekly basis.

Despite all this experimenting and an enviable cookbook collection, as well as folder upon folder of recipe cuttings from magazines and newspapers over the years, there is only one chocolate cake that has continued to be the family favourite and which remains the number one request for birthdays – Reina de Seba, or rather Queen of Sheba. 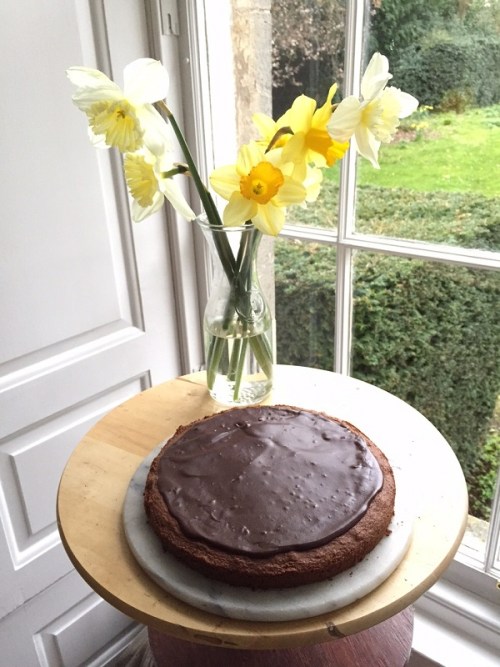 Dad turned 83 in January, so you can imagine he has made this cake quite a few times over the years, but I have not. So, having joined the team I felt compelled to have a go myself and to not just make it for the first time, but to also bake it in an Aga – yes I’m a total novice on this front.

However, the good news is it came out pretty well and even scored some praise with the seasoned baker himself. So, what is it that makes it so different and definitely more-ish? It’s certainly not its looks, this cake is rather understated on that front, but its secret weapons are 70% dark chocolate, rum and ground almonds.

It is pretty straight forward to make as you will see from the recipe below, with wonderful smells coming from the bain-marie as you melt the chocolate and rum together over hot water. Once this is combined with the creamed butter and sugar and then the ground almonds and stiff egg whites you will have them queueing up to lick the bowl clean!

Proof of the pudding is below, my efforts from earlier in the week and if you want to try this yourselves and see what all the hype is about, here’s the recipe. Hope you enjoy it as much as we have. 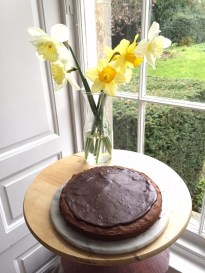