Harry’s Bar: he only thing they’ve not changed is the name 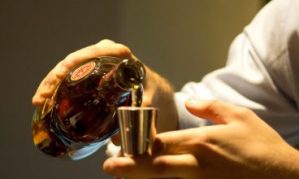 Kerry attended the relaunch of Harry’s Bar in Randolph Place in the West End on Thursday. This old haunt has evolved to be one with a social conscience and is now describing itself as a bar with a restaurant and a dance floor.

They’re supporting the mentorship and nurturing of young Scots within their team, with their chef joining them from Southside Social, the first social enterprise pub in Edinburgh. They’re making partnerships with like-minded suppliers too such as Brewgooder, a Scottish craft brewing organisation who donate 100% of its profits to clean water projects in developing countries and The Craft Beer Clan of Scotland who have a simple quest – to humbly gather to enjoy and share the finest Scottish craft beer with the world. In truth,