When I arrived in Edinburgh, Mary King’s Close was difficult to get into: you needed to get special admission from the council and they tended to only give that to groups. That is no longer the case. This year, you can not only get into this fascinating historical part of Edinburgh by jumping on a tour, you can imbibe gin with your history lesson at a special, late-night tour. 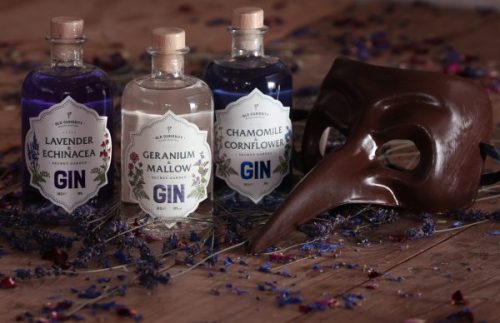 Old Curiosity gins use interesting botanicals for curious people (some of which may want to visit Mary King’s Close to learn some history too). Stewart Attwood Photographer.

We’ve talked about Old Curiousity gins before: Kerry wrote about their gin club in April and included them in her food roundup earlier this month. You know them: a gin company inspired by the botanicals in The Secret Herb Garden with interesting, floral and (sometimes) colour-changing gins.

The first gin they produced was the Apothecary Rose and that was the one that started our tour. Apothecary Rose is a great gin for people who are unsure about gin. It’s fragrant, pretty in look and flavour and not too heavy on the juniper. We sipped it while learning how to taste gin and learning a bit about the history of the building on top of Mary King’s Close and how it’s frozen the Close in time. 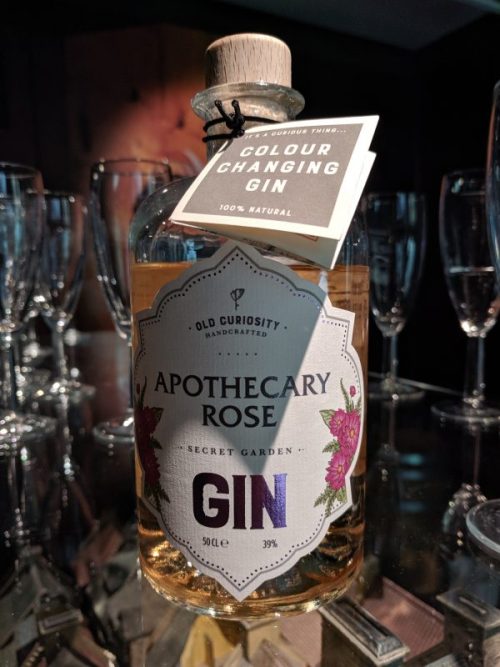 We moved into the underground part of the city (where photography is not permitted so I have no mood shots). A co-blogger told me she knew someone who had walked from Leith to the centre of town underground. We live our lives on a huge network of tunnels and old streets. The tour takes you through poor dwellings and rich. Our second gin was Lemon Verbena. The herb was thought to have cleansing properties, back in the days before the germ theory of decease, so was a suitable tipple after chatting about the plague.

When I arrived in Edinburgh, I was told that Mary King’s Closed was built over because it was riddled with plague. “They closed the doors either end and just let people die. Then they built on top of it.” That’s a spine-chilling tale but it’s not true. The real tale is more pragmatic. But yes, there was plague in the Close. There was plague everywhere. 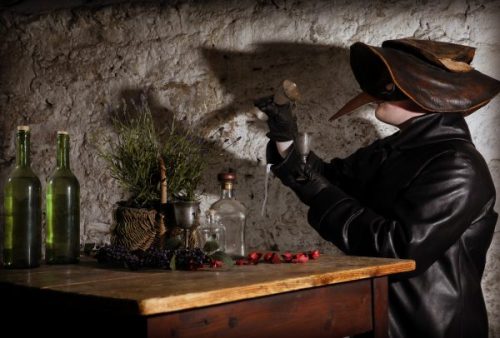 The plague doctor gets busy. This is not how gin is made but it’s an atmospheric shot (by Stewart Attwood Photographer.)

Our third gin was Chamomile, a lovely, fresh and herbal gin with a soothing nose. The last section of the tour is the deepest and takes us to the most recently inhabited section of the Close.  There’s so much to look at. Full of gin and history, we went up to street-level again. Here, we had time to ask questions while we sipped the last of our gins: Pink Elderflower and Jasmin. It confused me by having strong grapefruit notes. Like the Apothecary Rose, this changes colour in contact with the tonic but here we could see it more clearly. 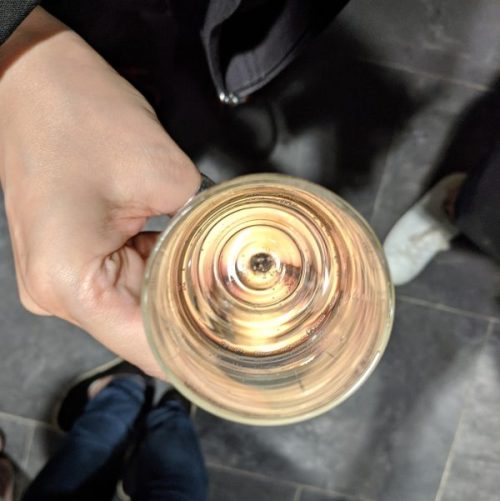 Cheers! Apothecary Rose is deeply fragrant and turns prettily pink with a mixer.

This tour is a fun way to learn about the history of both gin and Edinburgh, and gives a glimpse into Edinburgh’s past. I took notes on production methods and living conditions but if you want to know more about that: take the tour. You’re guided by an expert from Old Curiosity and a The Real Mary King’s Close staff member. I went to bed after the tour (because work) but it could be the first stop in a fun evening of gin drinking.

The tours run every Wednesday throughout August 2019 at 21:45 and last an hour and a half. In this time, you get a tour of Mary King’s Close as well as four speciality gins, three in the Close and one, colour changing, in the shop. Tickets are £35 p/p.

Caroline and Kerry were invited to go by The Real Mary King’s Close and Old Curiosity,

The really good pictures are taken by Stewart Attwood and are here courtesy of The Real Mary King’s Close (RMKC). The less good ones are mine.