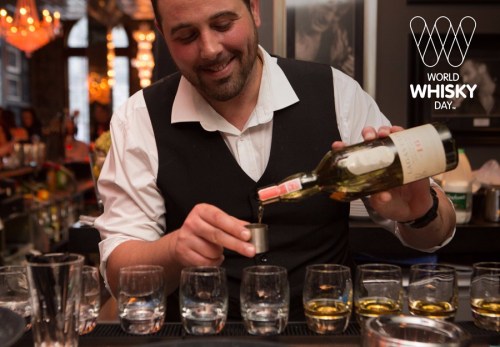 World Whisky Day (21 May 2016) invites everyone to try a dram and celebrate the water of life.

From sunrise in New Zealand to sundown in California, thousands of revellers will be getting involved. And the best bit is, it’s completely free. World Whisky Day is all about trying new things.

Danielle took a visit up Carlton Hill yesterday to sample some hospitality from Glengoyne and Tom Lewis of Monachyle Mhor (more, or should that be mhor, of him later?) and I’ll be heading out to Tigerlily later tonight to try a few drams, courtesy of the organisers of World Whisky Day, Hot Rum Publishing.

They’re conducting a 2016 World Whisky Day Survey and want to know your whisky truths. So if you’re willing to share them, why not take part in this year’s survey.