We’re typically home birds at Edinburgh Foody and most of the events and reviews we attend centre around life in the capital, but I thought it would be nice to break the mould and share a recent afternoon tea experience at Gleneagles. 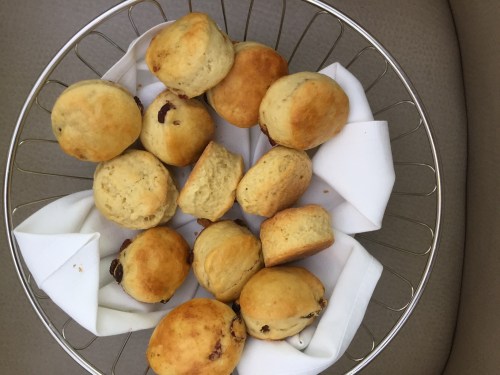 Last Christmas we received a wonderful voucher for champagne afternoon tea at Gleneagles for two and during the post festive tidy up we promptly lost the voucher. However, thankfully it turned up again during the summer and we decided to book ourselves in before we put it in yet another safe place around the house. To add to the afternoon experience of total sweet treat indulgence we decided to get the rellies over from Dublin to join in the fun – they do like the odd cake or two!

So, child free for the afternoon we put the foot down and sped our way to Auchterarder for a civilised spell of entertaining conversation and plenty of savoury nibbles, scones and delicious patisserie treats.

It’s been a long time since I have been to Gleneagles for afternoon tea, it used to be an annual affair on Mother’s Day, but for some reason I haven’t been back for almost 20 years – where does the time go?!

Needless to say, it did not disappoint, we had a lovely table in the conservatory overlooking the manicured grounds. Our poor Spanish waitress seemed to cope admirably with the Irish sense of humour and constant barrage of banter batting back and forth across the table, in between attempting to take our tea orders and running through the complicated list of savoury bites.

My other half took an executive decision that we were going to share our afternoon tea, which at first I was not pleased about, but I must say there was so much that in the end I reluctantly admitted it had been a good move.

A glass of chilled Ruinart Rose was accompanied by our delicious tower of both savoury and sweet bite sized treats. I love the delicate nature of the finger sandwiches and although I never ever have cucumber sandwiches, they always seem to be a quintessential part of afternoon tea. The Gleneagles adaptation was combined with cream cheese and chives, a very subtle, but light and refreshing flavour. 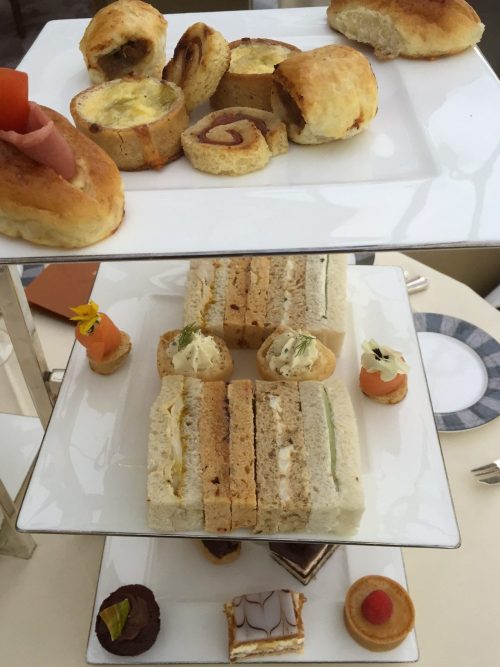 Another favourite was chicken with banana chutney instead of the traditional coronation chicken. The chutney was very flavoursome and lightly spiced and I could quite easily have had another one or two extras on the plate. As for the warm canapes, the cheddar and leek tart was melt in the mouth and the pinwheel was also pretty tasty – shame it had to be shared!

I do love a scone and was pleased that there were two types available. We had a choice of cranberry and cinnamon and whisky and sultana, it was unanimous, we all had to try them both. Now I’m not one to smother my scone in clotted cream and jam, I like to appreciate the flavours of the scone and so l just have a light spreading of butter. This is often frowned upon by the Irish rellies who cannot understand why I don’t have an inch of cream or butter on top of my scones!

At this point I would be quite happy to call it a day, I enjoy the savoury side of the afternoon tea and the scones, however there was still plenty temptation ahead, in fact six more perfect patisserie bites to enjoy. Many were chocolate flavoured, however my favourites had to be the traditional mille-feuille followed by a miniature lemon and raspberry tart, which was just divine. 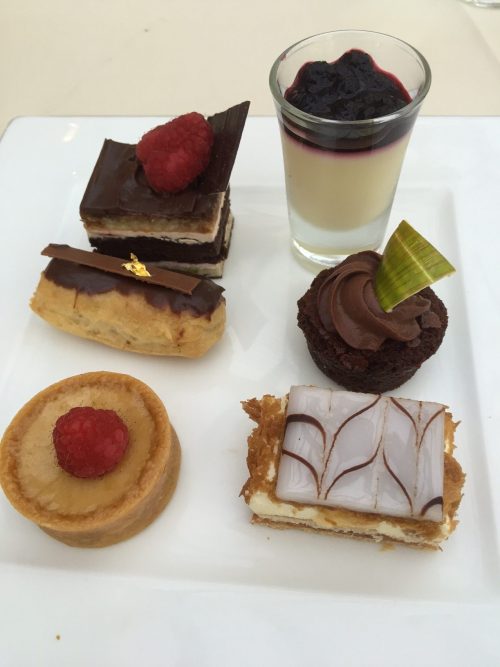 If you’re looking for Christmas ideas, this is certainly a wonderful present and one that I’m sure would be well received. Prices for the Gleneagles Afternoon Tea Experience start from £35pp for the Classic through to £48pp for the Champagne version which we tried.