The Edinburgh Fringe may have been going for over a week now but The Edinburgh Book Festival (12 – 28 August) actually only starts tomorrow. Why not tingle your taste buds with their afternoon tea events taking place in the Spiegeltent? 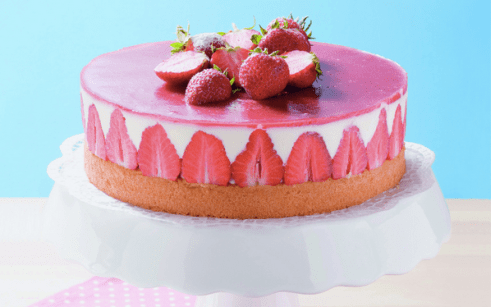 Not only do you get to hear tales on a range of subjects, as well as some great cookery writers, you can refuel with a cup of tea and a slice of cake, all thrown in for the cost of the ticket.

Just some of the delights on offer are Niranjala M Ellawala & Prakash Sivanathan of the Elephant Walk restaurant in London; renowned expert in Chinese cuisine, Fuchsia Dunlop; London-based chef Joudie Kalla bringing memories of growing up in a Palestinian household where culinary concerns were a top priority; Davy Zyw talking on champagne; and British-Iranian food writer and human rights campaigner Yasmin Khan.

The ones I will be catching are: Nigerian cookery writer, Yemisi Aribisala; TV foodie and executive chef, Vivek Singh of the Cinnamon Club; and Edinburgh-based Tom Kitchen who is also talking about cooking with game, but not necessarily as part of the afternoon tea events. 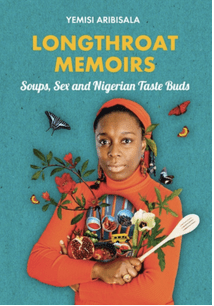 Having being brought up in East Africa, Chair Basan, has an exquisite knowledge of the cuisine of Africa and the Middle East, having written 40 cookbooks herself and is also a co-presenter on BBC Radio Scotland’s The Kitchen Cafe’s Curry Club, which is aired on the last Thursday over every month.

Longthroat Memoirs, published in October 2016, presents a sumptuous menu of essays about Nigerian cuisine, lovingly presented by the nation’s top epicurean writer, Yemisi Aribisala. As well as a mouth-watering appraisal of the cultural politics and erotics of Nigerian food, it is also a series of love letters to the Nigerian palate. From the cultural history of soup, fish as aphrodisiac and the sensual allure of snails, Longthroat Memoirs explores the complexities, the meticulousness, and the tactile joy of Nigerian gastronomy.

Nigeria has a powerful culture of oral storytelling, of myth creation and the imaginative traversing of worlds. Longthroat Memoirs gathers some of these tales and creates an irresistible soup-pot, expressed in the flawless love language of appetite and nourishment. 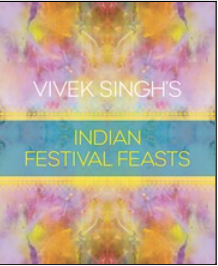 Another of the afternoon tea events I will be catching is with Vivek Singh on Monday, 21 August.

Singh, one of Britain’s best ­known and respected Indian chefs, and one of the most recognisable faces of Indian cuisine on TV too, regularly appearing on BBC’s Saturday Kitchen, has been executive chef of The Cinnamon Club since its launch in 2001, where his food is famous for its blend of authentic Indian spicing and flavours and modern Western styles and techniques.

In his latest book, Indian Festival Feasts, published in June 2017, Singh gives us a gastronomic guide to some of India’s most celebrated festivals.

Singh brings his unique touch to traditional festival recipes and gives his insight into the significance of food from a country with a history of such diverse religions and cultures.

Chapters include the most popular festivals celebrated around the world, such as Holi, Onam and Diwali, covering all religions and geographical areas within India, with his very own take on the recipes most associated with them. As well as these brand new recipes, the history and culture surrounding each festival is explored in colourful detail through some beautiful photography.

The Game Is On 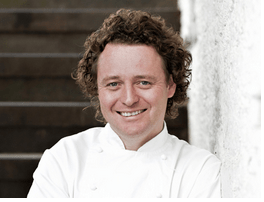 Tom Kitchen – The Game is On

And finally, on Thursday, 24 August, I will catching Edinburgh chef, Tom Kitchen who will be talking about his new book, Meat and Game, due for publication on the same day.

This event, not part of the afternoon tea series, is taking place at the Book Festival in the Baillie Gifford Theatre and is being chaired by Ruth Wishart, one of Scotland’s leading journalists.

Kitchen, Scotland’s youngest recipient of a Michelin star and a TV regular, cropping up on Saturday Kitchen and The Great British Menu, in his latest book, turns his full attention towards meat and game, offering advice on how to get the best out of a plate when the stars are the likes of partridge and venison. He also provides tips on straightforward salads, a grouse sandwich and simple roasts.

And if you’re still looking for further inspiration of things to whet your appetite, check out my other blog post on 70 things to fuel your soul and stomach during August.