The Angry Chef takes a stand against pseudo-science

I heard about Anthony Warner, aka the angry chef, earlier this year when he appeared on a BBC pod cast I listened to. He has a blog that investigates/exposes food fads and pseudo-scientific ideas. When The Angry Chef : Bad Science and the Truth about Healthy Eating book came out I bought and read it with pleasure. (On my Kindle, with a cup of tea and a biscuit. Natch.) 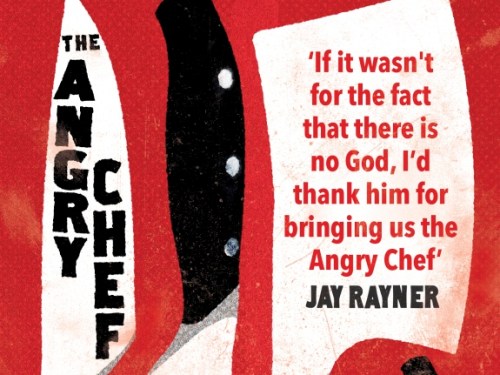 Jay Rainer thinks you should read this book too. (OK, so he doesn’t say so in so many words but it’s implied, right?)

The Angry Chef is well written, funny and clearly argued. It’s an enjoyable read and particularly so for someone like me. Let me explain why.

I’m a rationalist and a sceptic. I don’t think one thing will make all the difference (kale! chia seeds! coconut oil!). There are no diet panaceas. I don’t even agree that health advice has changed all that much over the years. At the heart of all official advice is balance: eat a varied diet and try to get a little of everything, avoid excessive intake of fat and sugar.

When I come across anyone who proselytises a single ingredient or a restricted diet, my instinct is to doubt. I have an imperfect knowledge of the human body but I know we are hugely complex systems. I’m also a fan of the scientific method and a lover of evidence. NAME believes in these two things too. Already I like him and his approach. 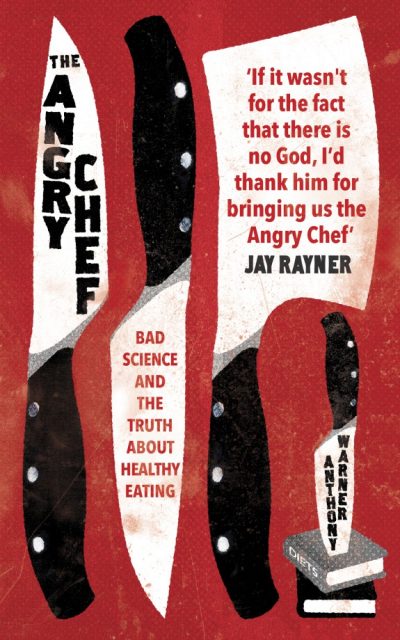 Over the years I’ve sceptically googled and halfheartedly researched a bunch of claims, ingredients and diets that seemed suspect to me. The Angry Chef collects a lot of them together and helps us spot pseudo-science and explains how it differs from actual science.

He looks at the alkaline, Paleo and GAPS diets, talks sugar, fat and antioxidants. Structurally, the book is a journey of food-related pseudoscience, looking at its origins, some who of the persistent or popular trends and what we can do to fight back.

Think before you judge

The chapter that challenged my thought patterns most was the one about processed food. I enjoyed being reminded that almost everything we eat is processed in one way or another (you don’t get milk from cow to coffee without homogenisation and pasteurisation). I was less delighted to realise how deeply prejudiced I am towards ready-made foods and, by implication, the people who eat them. Cooking food from scratch doesn’t make me a good person: it makes me someone who cooks a lot. A timely reminder that what we chose to eat is tangled up in cultural values as well as personal beliefs.

It’s difficult to rational all the time but belief is often more rewarding. I love kefir and kimchi and want to believe that eating lots of those two will keep my gut biota – and thus me – happy for ever and ever, even without mental and physical exercise. Science suggests it’s not that easy. The Angry Chef reminds us to be sceptical. It’s a great foody book: it’s interesting, refreshing and fun.

The Angry Chef: Bad Science and the Truth about Healthy Eating