I’ve been banging on about this for ages and it seems finally, someone has listened.  While I love an afternoon tea, I always long for one with more savoury options and at last, The Lantern Room at the Marriott has answered my prayers in the form of The Bookcase Afternoon tea, a contemporary take on gastro-pub classics. 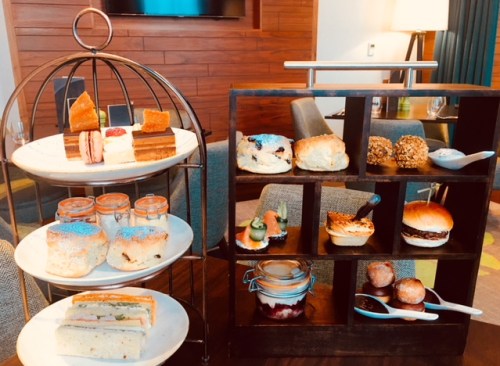 Afternoon tea with a sea-faring history

Situated in the heart of Edinburgh city centre,  The Lantern Room all-day bar and restaurant, in the hotel’s ground floor lobby, takes its inspiration from Scotland’s sea-faring history.

The hotel’s Baxter’s Place address was once home to Robert Stevenson, the famous Scottish lighthouse engineer and the grandfather of ‘Treasure Island’ author Robert Louis Stevenson. 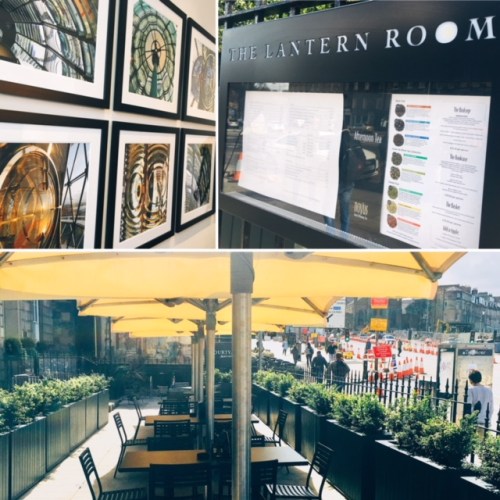 The Lantern Room – The hotel’s Baxter’s Place address was once home to Robert Stevenson, the famous Scottish lighthouse engineer and the grandfather of ‘Treasure Island’ author Robert Louis Stevenson

We enjoyed our afternoon tea in the tea parlour of the bar, an elegant space with four tables,  featuring bright, modern decor and pictures of the lighthouse lamps, reflecting its history.   It was quiet when we visited and we were the only ones taking afternoon tea, which seemed a shame, as it’s an absolute steal at £19.50.

On offer are eight different teas featuring white, black and herbal infusions.   They come beautifully presented in clear tea-pots with a timer for 3, 4 and 5 minute brewing times, which will help you determine the strength that you like. You can also order coffee, but that’s just wrong when you’re having afternoon tea! 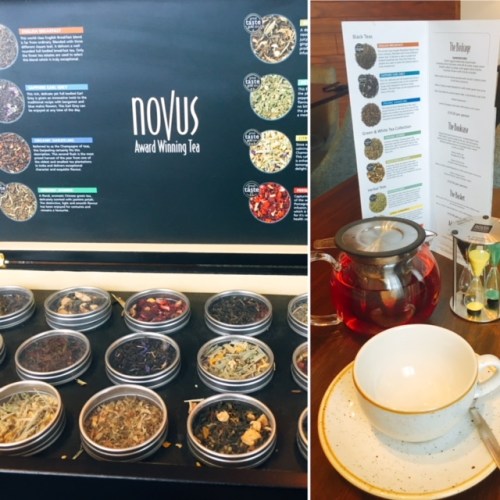 Three choices of afternoon tea – the Birdcage, the Bookcase and the Basket Tea

Guests are spoiled for choice with three different Afternoon Tea menus to choose from. The Birdcage Afternoon Tea features a traditional selection of finger sandwiches, scones, freshly made Madeleine’s and a variety of cakes. The Bookcase Afternoon Tea caters to more savoury tastes, based on modern pub classics, whilst the Basket Tea is a cream tea option featuring scones and Madeleine’s, with the latter costing just £10.50.

Being gluttons, we opted to try both The Birdcage and The Bookcase.   Be warned there’s a lot of food! I would recommend pre-ordering your preferred options and being punctual with your arrival as they are cooked/made to order so there could be potentially be some wait before your tea arrives. It didn’t matter as my dining companion, S. and I had plenty to catch up on and the tea was free flowing.

The Birdcage Afternoon Tea for those with a sweet tooth

The Birdcage Afternoon Tea comes beautifully presented in an ornate birdcage. The sandwiches consisted of finger sandwiches, using flavoured breads and included duck’s egg and watercress mayonnaise, which was rich and creamy, with the perfect amount of seasoning; smoked salmon and prawn with dill and rocket ‘salad cream’; English salted cucumber with apple and creme fraiche, which had a lovely bite to it; and poached chicken with lime and coriander in a tomato bread.   They were finger sliced and had the crusts cut off. 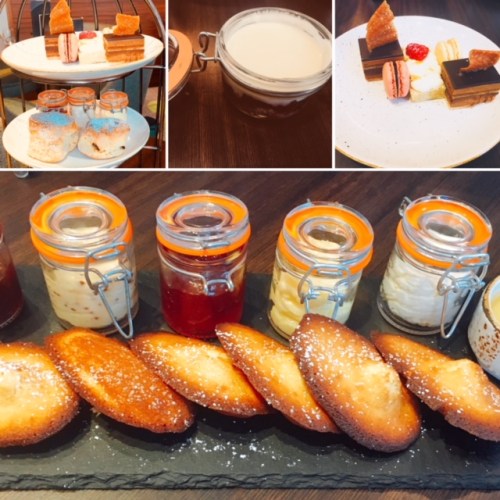 There was also warm freshly made Madeleine’s with sweet green tea syrup, a much better accompaniment than the normal serving of jam.  These buttery French sponge cakes traditionally baked in scallop-shaped Madeleine moulds, were light and utterly delicious.

The cake section, the one I’m normally quite happy to take or leave was actually too enticing to do so on this occasion. The dark chocolate and caramel opera cake, with its crisp brandy snap tuille was something else.  Like the Madeleine’s, opera cakes are a French cake and are made with layers of almond sponge cake soaked in a coffee syrup and layered with ganache and usually coffee buttercream but ours had a caramel layer too and they are finished in a chocolate glaze.

There were also a couple of my favourite French macaroons, lemon and raspberry, which will always get a look in; and the lemon and poppy seed cake with lemon curd cream was light and heavenly.

The Birdcage is also finished off with a warm plain and a fruit scone and was supposed to be served with Cornish clotted cream and red berry preserve.  Sadly though, instead of the clotted cream, we got that disgusting, sweet, aerated cream that comes in a tin, which just didn’t cut it!

The Bookcase Afternoon Tea, is a take on miniature modern pub classics, beautifully served on a dark mahogany wood miniature bookcase, the sort you might find in a child’s nursery with Beatrix Potter books.

The savoury selection featured a mini West Country steak and ale pie, with a pipette of red wine gravy.   I’m not sure what was West Country about it, but the pastry was flaky and it had a good portion of rich meat filling and you could definitely taste the red wine in the gravey.  There was also a lamb and mint slider, a mini burger, served with red currant and red onion relish and whilst I skipped the whisky scented salmon on pumpernickel, with sweet cured cucumber, it looked very pretty. The supposed crispy fried ham hock bon bon, with mustard seed mayo, was actually a haggis bon bon but was perfectly tasty. 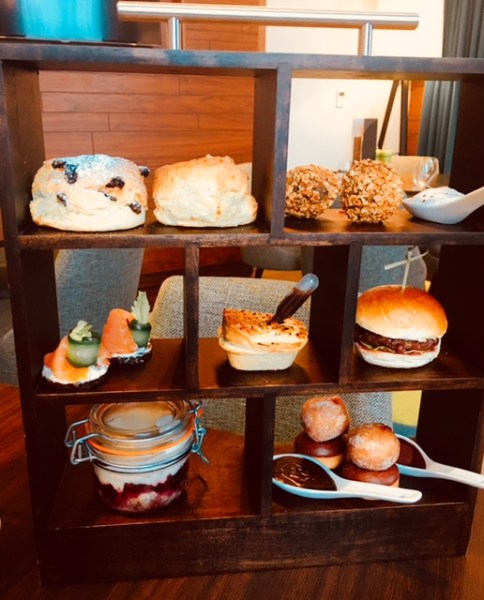 The Bookcase Afternoon Tea at the Lantern Room

The scone selection takes on a savoury note being cheese with mustard butter and green tomato relish so there were no complaints (i.e no clotted cream) with this one.   The servings of the accompaniments in miniature Kilner jars is a lovely touch.

Whilst the Bookcase tea has a more savoury bias to it, you’re not cheated of sweet treats either. The miniature doughnuts, one a traditional one with jam oozing out and more berry coulis to dip into and a glazed one with more thick chocolate sauce were doughy and satisfying.

There’s also a modern take on a sherry trifle ‘jar’ again served in a bigger Kilner jar. The soaked sherry cake had a good kick and I loved the runny vanilla cream on top. It’s quite big just for one though.

There’s also a serving of those rather yummy Madeleines, with the sweet green tea syrup too so you don’t miss out.

The Lantern Room Afternoon Tea is served between 12noon and 5pm and is a steal of an afternoon tea. It’s just such a shame that it’s not served slightly later, as it would make a great pre-theatre dinner alternative, especially with its location so close to the Playhouse.

So if you’re looking for an afternoon tea setting with a historical setting, you’re going to love The Lantern Room as a venue.  Just make sure that they have the Cornish clotted cream in as scones without this just don’t quite make the cut!

Kerry enjoyed afternoon tea at the invitation of the Lantern Room