Lussekatter – spice up with saffron

As regular readers know, we have a strong Swedish thread through the blog (not least due to co-author Caroline being Swedish). Back in October, I spent a few hours in the Peters’ Yard bakery – a wonderful experience. I was lucky enough to meet the man behind their fabulous recipes Jan Hedh was in Edinburgh to talk about his new book Swedish Breads and Pastries

-which I recommend for the serious baker.

Now, I know you are all frantically busy, but you might just want to try this recipe when you have some time. Easier still, pop into the bakery and try them. 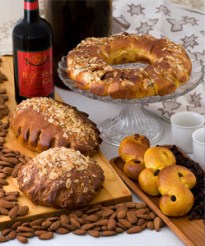