Beer and Baking? A perfect match

When I first was asked by ABV InBev to test a couple of recipes developed by the Fabulous Baker Brothers, I assumed that beer was an ingredient. Not so. These are recipes designed to complement beer. When you starting thinking about it, it makes so much sense. Match the key flavours and natural ingredients in an ice-cold Corona with a fiesty cornbread? Yes please. Buttery brioche buns served with a juicy burger and a bottle of Hoegaarden, of course! 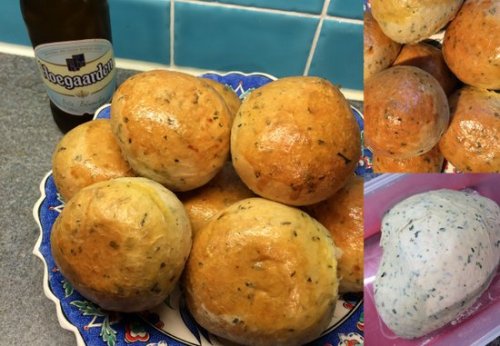 When you make brioche buns, you need to set aside some time. The recipe suggests leaving overnight to improve the flavour but you can do it in less time. If you have a Kenwood or similar with a dough hook, do use it. With plenty of butter and eggs, it is so much easier with a machine.

The cornbread is quicker to make – the baking powder makes it rise. Buttermilk is suggested, but I substituted it for yogurt which comes out really well! My tip is to slice the limes very thinly – they do pack a punch.

I tested the breads with some friends with the Corona and Hoegaarden. We decided we’d like more spice in the brioche buns and that the cornbread would be great a little thicker. The brioche buns were pronounced beautifully light and flavoursome – we ate ours with cheese. The cornbread went very well with some tasty soup – and the beer of course. 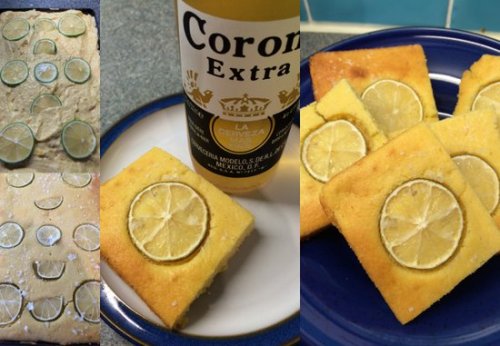 Sea salt and lime encrusted cornbread from start to finish

I’ve slighty adapted the recipes created by the brothers following my tests. Do try them, you won’t be disappointed! 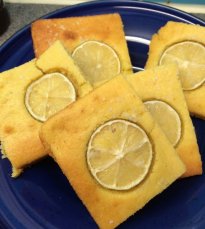 Save Print
Preparation time
15 mins
Cooking time
15 mins
Total time
30 mins
Cornbread has a rich history first created by Native Americans. This cornbread has the addition of fresh lime and flakes of sea salt. I substituted yogurt for buttermilk. By using baking powder it makes it quick and easy to make. Make it gluten free by using gluten free flour. It goes perfectly with ice-cold Corona. I used a baking tray 170mm x 280 mm. It would work equally well in a square tin 200 x 200 for a thicker bread.
Author: Fabulous Baker Brothers adapted by Edinburgh Foody
Recipe type: Bread
Cuisine: American
Serves: 8
Ingredients
Instructions
3.5.3208
If you’ve not made a brioche before, you might wonder how on earth the mixture will come together. Don’t try it without using a mixer. Do use a dough hook if you can, but you can get away with the beater if necessary. 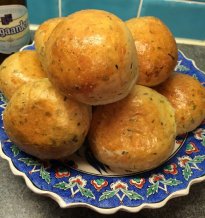 Save Print
Preparation time
24 hours
Cooking time
15 mins
Total time
24 hours 15 mins
A brioche is a traditional French bread. The rolls made from this recipe are great with cheese or meat and of course with a bottle of Hoegaarden. I used the Baker Brothers recipe as a starting point and created my own recipe. Do use fresh yeast if you can. Most supermarket bakeries will give or sell you some.
Author: Edinburgh Foody
Recipe type: Bread
Cuisine: British
Serves: 12-16
Ingredients
Instructions
3.5.3208
The Fabulous Baker Brothers have created a box of breads to pair with Stella Artois, Budweiser, Leffe, Becks Vier, Hoegaarden and Corona beers following their Beer Bakery pop up.