Around the World with Kitchen Trotter

I love the idea of Kitchen Trotter. Each month they provide the opportunity to discover a new cuisine in the comfort of your own home by delivering a box of ingredients from a different country. Would it be as good in reality? 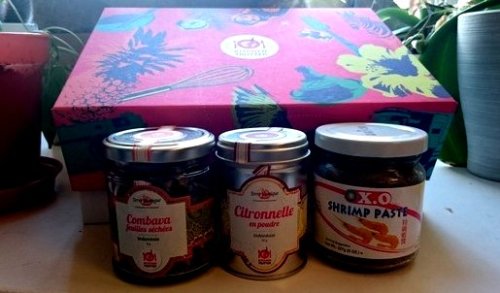 The Kitchen Trotter Box and ingredients

We got off to a good start when a large, weighty, colourful shoe box arrived from the Kitchen Trotter team. The attractive packaging housed numerous quality ingredients for an Indonesian meal including a jar of potent shrimp paste; dried combava leaves with a citrus-savoury smell; kecap manis, a viscous sweet-sour sauce; kemiri nuts, similar to brazil nuts; gado-gado, a sort of peanut mix and lemongrass powder, amongst other things. Anything else I might need I could easily find in a supermarket. 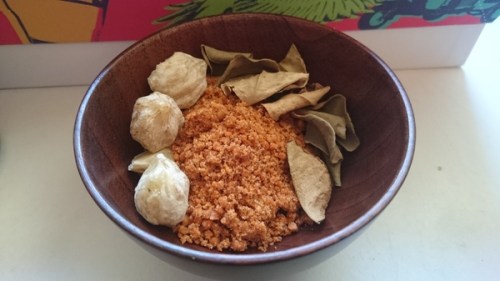 Crucially, the box also came with a nicely printed booklet of recipes. In it was one starter, two mains and a dessert, as well as information about Indonesia, all of which was translated from French. (Kitchen Trotter is in its working stages here but already established in France.) Whilst the recipe instructions were perfectly understandable, I felt more accurate translations would better reflect the rest of the kit’s high standards.

I decided to make the savoury dishes for a dinner party. The starter was a simple salad of iceberg lettuce, cucumber, radish, tomato and egg with gado-gado and kecap manis. It was certainly easy to make, if not the most thrilling to eat – it needed more of the delicious sauce and a squeeze of lime. (The base salad of iceberg lettuce didn’t feel very Indonesian either.) 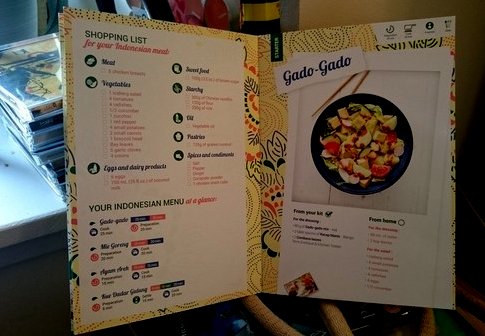 The first main was mie goreng, literally ‘fried noodle,’ with chicken and veg. The sweet kecap manis was an appealing alternative to salty soy sauce, but you needed plenty of it. Overall the meal lacked depth, zing and spice – but I don’t believe this is Kitchen Trotter’s fault. If I were more confident with Indonesian ingredients I would have tweaked the recipe to my own liking, perhaps adding more shrimp paste for saltiness or lemongrass for sharpness. 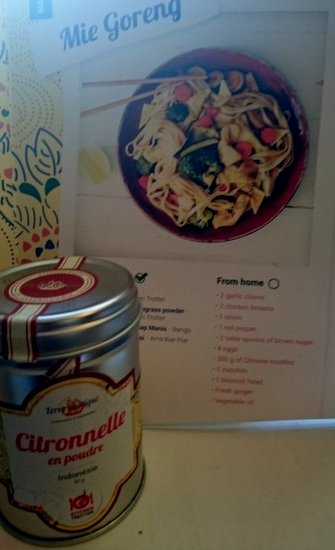 The second main was ayam areh, rice and chicken with a sauce of onion, garlic and kemiri nuts blended into a rough paste. It was creamy and textured but again lacked nuances of flavour; still, the unusual preparation method made it the most interesting dish. With the chicken added it would make good soup, perhaps with more combava leaves and a sprinkle of chilli.

My own preferences aside, Kitchen Trotter have other wrinkles to iron out. For instance in the recipe booklet, the ingredients and pictures are overleaf from the recipes, not side by side. Turning pages whilst cooking was frustrating, especially since occasionally ingredients were listed but not mentioned in the instructions. Some proof-reading required!

If the recipe translations were improved I would try Kitchen Trotter again. We’re lucky in Britain that exotic ingredients are widely available, but having them sent to you provides an incentive to try new things. The boxes will cost  £29.95 and compares well in price to other subscription services. As an introduction to a new type of cuisine, I thoroughly enjoyed my Kitchen Trotter experience. 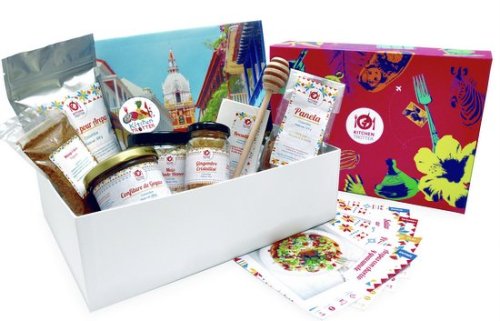