Food to entertain at the Fringe

So the Fringe festival is almost upon us, starting next week in the main and has it got some treats in store for the foodies among us.

But you don’t need to wait until next week as happening now in Edinburgh’s George Square Gardens is Assembly’s Edinburgh Food Festival. It’s back after its successful inaugural launch last year, which attracted over 20,000 visitors and runs until Sunday, 31st July.

There’s a line-up of dance, entertainment, demonstrations, samplings and some great food stalls and it’s the place to be to start off your fringe mayhem. 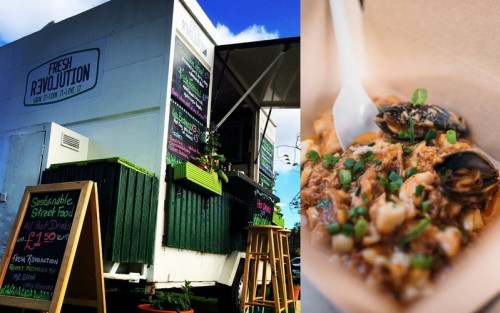 Where to start? There’s some great food on offer at Assembly Food Festival

Food producers from around the country are filling the Gardens, including Plan Bee Ltd to Breadshare, Fresh Revolution to Alplings, and the stall where I’ll be enjoying most of my festival food, Umami Spice Girl, who make dishes such as smokey pulled pork quesadillas, Thai satay kebabs and Malaysian Rendan. 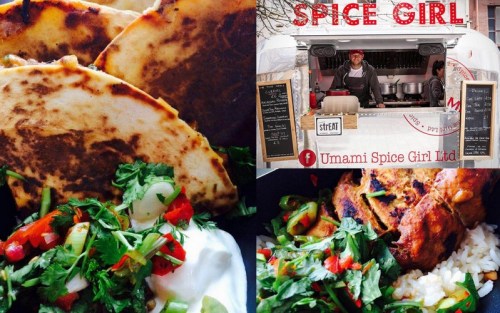 With the iconic Spiegeltent as its centrepiece, a variety of headline shows are also taking place with great interactive entertainment.

Slow Food will be hosting a Taste Adventure today from 1.00pm – 3.00pm so you’ll need to get your skates on. An interactive “game” for children (of all ages!), you’ll discover food through your five senses – sight, smell, touch, smell and taste.

A continuous journey visiting each of the sense stations will last about 10-15 minutes, involving family groups of four or five. No pre-booking required and groups will be allocated to the adventure on order of arrival.

Section 33, Glasgow’s experiential fine-dining pop-up restaurant, will deliver a five course dinner on Saturday evening. Bold Scottish flavours, local produce and creative culinary tweaks feature in all their dishes and this event will be no different.

And one of the great things by joining Section 33 is that by indulging, you’ll also be doing some good. This lovely team are supporting local Glasgow homeless charities in the way of food donations, and various other means to help give back to any less fortunate. 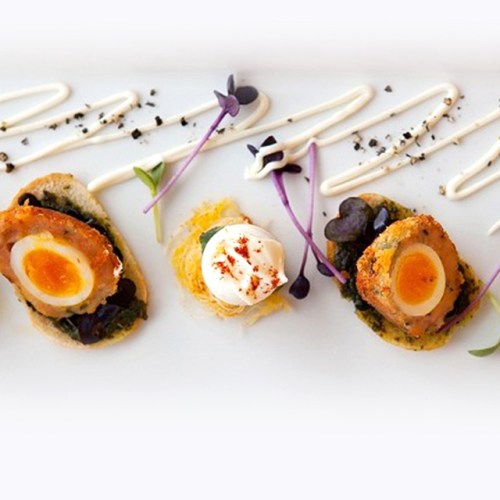 I’m really excited about Shirley Spear and Scott Davies, the two key players behind The Three Chimneys on the Isle of Skye, who will be giving a seasonal cookery demonstration on 31 July 2016 from 1.00-2.00pm as well as an insight into Skye’s suppliers and life as a Scottish chef in one of Scotland’s most iconic restaurants.

The highly anticipated festival finale spans the whole Sunday. Award-winning chef Tom Lewis and Guy Grieve, diver and owner of The Ethical Shellfish Company are bringing ‘Ready Steady Cook’ to the Edinburgh masses in search of Ed Food Fest Top Cook 2016. Four lucky couples will be chosen to source their ingredients from the festival gardens before cooking up a dish of their choice, mentored by the endearingly rebellious Tom and Guy. Two heats will take place in the afternoon followed by the grand finale in the evening.

And when Assembly Food Festival is over, there’s still lots of adventures to be had.

From 5-7 August, now it its 11th year, there’s the Foodies Festival at Inverleith Park. My tip is to get there early as it does get very busy, especially if the weather’s good. 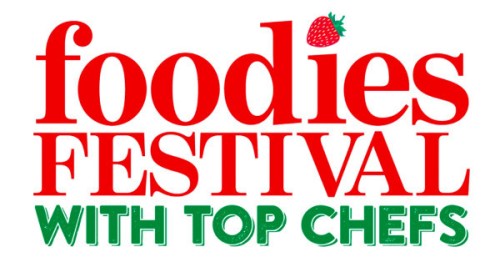 With new and familiar chefs from Edinburgh, London and across Scotland giving cooking demonstrations, the likes of Kim Kaewkraikhot from Chaophraya, Kaori Simpson from Harajuka Kitchen, Mark Greenaway from Restaurant Mark Greenaway, Paul Wedgwood from Wedgwood’s, Gordon Craig from the Field, and Stuart Ralston from Aizle will all be there showcasing their skills and sharing insight into this year’s food trends.

Other highlights include the drinks theatre; the new Vintage tea room and cake, bake and tasting theatre; a children’s cookery school; and of course the Artisan Producers Market.

And with this the year of the Rio Olympics, there’s a special focus on Brazilian street food including Rio’s favourite dish Feijoada, made from black beans, salted pork, trimmings, smoked sausage and jerk beef, which is cooked in a traditional clay pot.

I’ll definitely be trying this as despite having a Brazilian sister-in-law, she’s sadly never cooked it for me (they do live in Holland!) and whenever I’ve tried to eat it at the Tupiniquim, the Green Police Box in Middle Meadow Walk, it’s either sold out or they’ve not been making it that day. 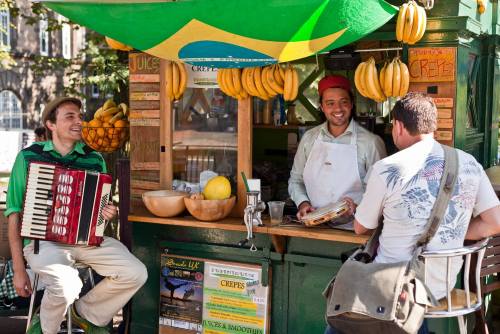 I’ll also be there to replace my trusted Berghoff pan, which I ruined by being lazy and putting it in the dishwasher. It wasn’t the cheapest cooking item I’ve ever bought but it was the best and most useful cooking pot and I miss it.

There’s lots of other foodie events happening during the festival month. If you’re a gin fan then either A Pickering’s Gin Jolly (3 – 28 August, not 9, 16, 23) at Summerhall Distillery or the Gin Whore Tour (27-28 August) at the Devil’s Advocate, could be fun.

If the heat of the fringe gets to you, why not take a trip away from the thick of it and head to the Dram & Smoke Pop-Up Dining (£40) at the new Biscuit Factory in Leith. Already famous south of the border for their sell out London pop-ups, Edinburgh duo Paul Ross and Nick Fulton are heading back to their homeland for the Edinburgh Festival. This pop-up dining experience is all about celebrating the best of Scottish produce with the ticket including a welcome cocktail from the Naked Grouse, a four-course menu and live music.

Dishes will be served from the theatre of an open kitchen and are a mix of individually-plated courses and ‘family-style’ elements that encourage guests to get stuck in, particularly when the main course arrives in the form of an epic, carve-at-the-table Braised Beef Brisket served with an array of sides to share. Other courses include Smoked Ham Hock & Haggis Terrine with Tattie Scones, Pickles & Crispy Capers and a summery Rhubarb & Custard dessert with slabs of Heather Honeycomb to be cracked into using mini hammers. Those Scottish seafood gems ‘spoots’ get a look-in too in the second course of Pearl Barley Risotto with Razor Clams, Scottish Chorizo & Mushrooms. An alternative veggie menu will be on offer and all dietary requirements will be catered for provided previous notice is given.

Edinburgh is definitely the place to be this August so get out there and make the most of it. If you need advice on what to see and do, visit TVBomb, an online cultural site, who I also write for where you can get the low down on what’s hot and not.

You can also check out my article on where to eat around George Square Gardens during the Fringe.