Every year I scour the Fringe Festival catalogue for food-related shows. In the last few years, gin tastings and similar events have become shows, giving foodies like me a way to do the festival by eating or drinking. This year, there’s food-themed comedy. I spoke to Alistair William’s about his show Food. 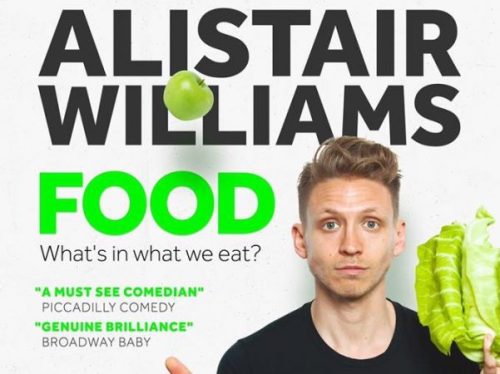 ‘I grew my own tomatoes,’ Alistair told me from a sunny (tomato-friendly) London last week. ‘It tasted so much better than any tomato I’ve bought in a supermarket.’

We were talking about the inspiration behind Alistair’s stand-up show Food. Stand-up’s a hard gig so when Alistair first started out, he had more time than money so decided to grow what food he could himself. Tomatoes and courgettes were the start.

Not only did home-grown veg taste better than the stuff he could buy, but it also went off much quicker. Growing and eating his own changed Alistair’s view of food and sparked this show. It’s about food and our relationship to it, how what we eat affects how we feel and look, what’s good for you and what isn’t. But don’t worry: it’s comedy. Alistair doesn’t want to preach or tell you what or how to eat. He wants to make you laugh.

Alistair will be working hard this August. The show is on everyday from August 3rd to August 26, with only one day off. It’s for anyone who loves food. There are links to Alistair’s YouTube channel below if you want see a teaser. I enjoyed the clips and am looking forward to seeing the show in full. 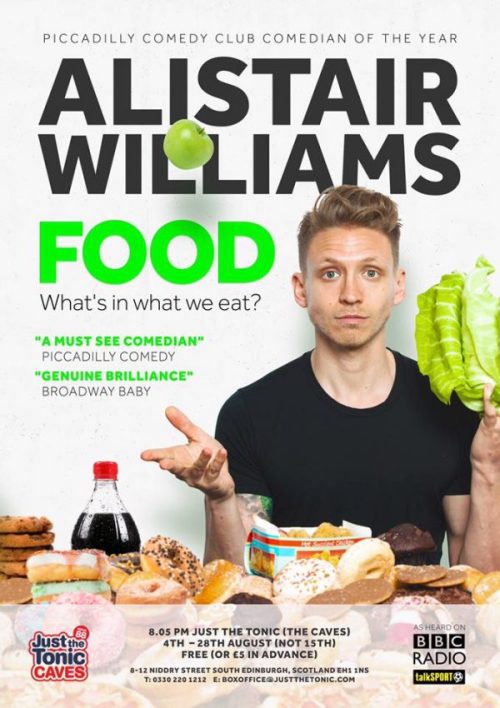