No. 1 The Grange: Great pub grub

I’ve been intrigued on Instagram for a while by a gastro pub in Edinburgh called No. 1 The Grange. You would think that the name would give it a way as to its location, but it took me a while to figure out where it was. Tucked away on the southside of the city in Causewayside I headed over with the family and some friends visiting from down south to try it out. 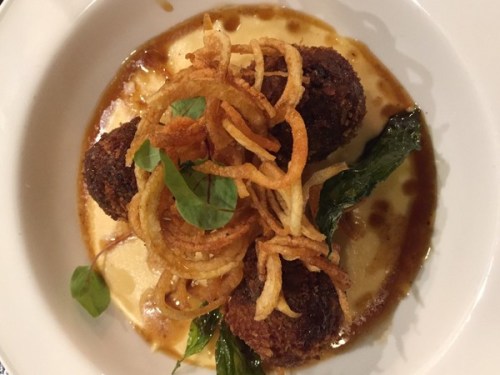 No. 1 is run by two former bankers, Danny and Ryan who decided to follow their passion and leave the world of finance for a new chapter in food and drink. They have a varied menu with a wide selection of dishes to support each course and so the table rules for the night was that nobody was allowed to order the same thing, as there were far too many dishes on the shortlist to try.

Despite having a children’s menu my son wanted to join the adults and in his usual style homed in on the haggis starter. This was in effect haggis bonbons served on white turnip puree with a whisky jus and topped with the finest, crispy potatoes. The bonbons had a nice spice and were further enhanced by the whisky sauce. 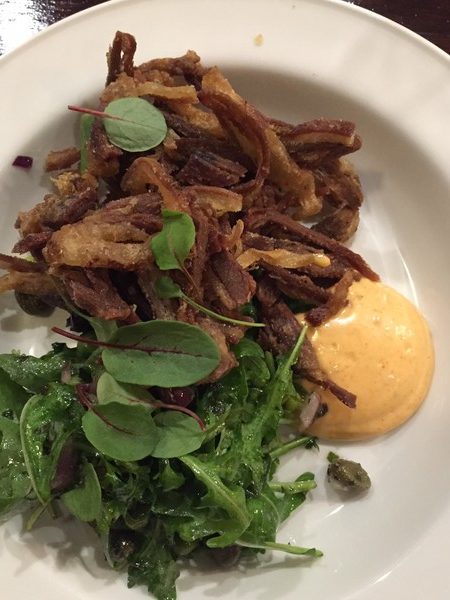 Although this was a firm favourite round the table among the starters, my personal favourite was the crispy lamb belly with smoked garlic emulsion and pea and mint salad. On paper, I would not have naturally gravitated towards this dish, but it was absolutely delicious. I loved the crispiness of the lamb and the dressing and capers in the salad complemented the meat very well. It was a good size, without being overly filling leaving plenty of room for the mains and of course a sweet treat to finish off.

The mains were also very strong, my husband was gently persuaded to try the 12 hour short rib and black garlic lasagne, which I would describe as a grown up version of the traditional dish. It had a pulled beef texture to the meat and was rich and very satisfying alongside the stuffed tomato with beef ragu and mozzarella. 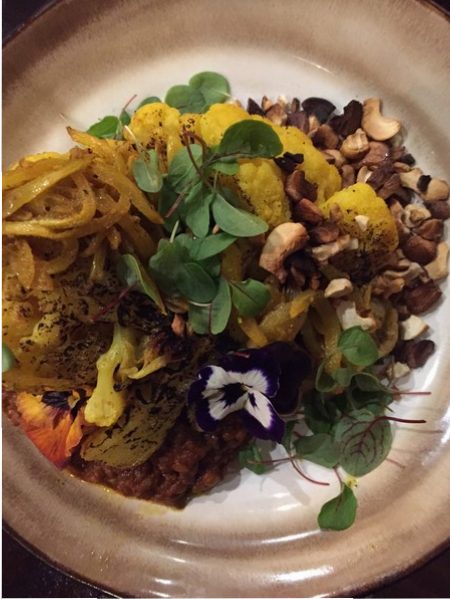 I, however, wanted to spice things up for the evening and chose the slow cooked dahl with curried roast cauliflower on sourdough naan bread and chopped cashews. The portion was large and although initially put off by the size of the cauliflower, I soon overcame this and found the dahl and cauliflower very moreish. The dahl was tomato based and quite creamy and worked well against the roasted veg and nuts. 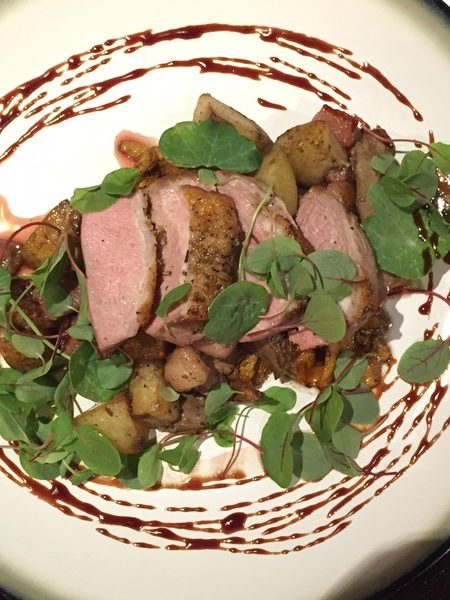 Our friends enjoyed the pan seared duck breast with Chanterelle, potatoes and pickled cherry jus, as well as grilled goats cheese topped with hazelnut praline, beetroot carpaccio and puffed spelt. Both dishes were excellent and while I’ve never really enjoyed duck, this was very nice. The meat was tender and succulent and worked well against the flavours of the wild mushrooms, but it was difficult to say if it was better than the goats cheese. This was very smooth and creamy; the flavour of the cheese was light and not overpowering the way some goats’ cheeses can be. I also loved the puffed spelt, which was a bit like textured savoury rice crispies. 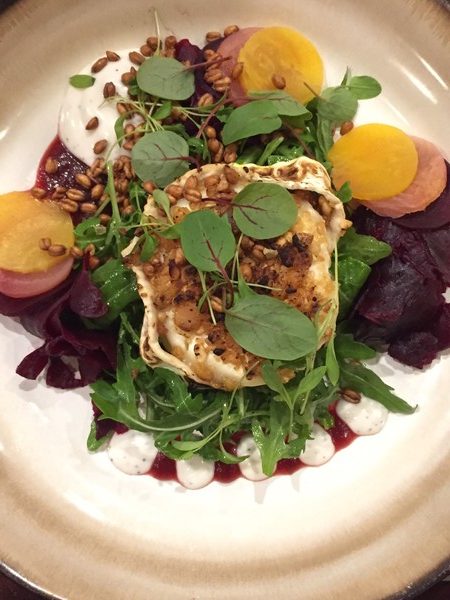 We eventually managed to roll onto dessert, however having had our fill of lots of fabulous flavours during the main course, nobody had a huge amount of space for something sweet, so we ended up sharing a sticky toffee pudding between us. It came nicely warmed with plenty of toffee sauce to go round the table and enough spoons to avoid any arguments. A traditional pudd, well executed and enjoyed as much by our resident eight year old as the adults.
Nicki was a guest at No.1 The Grange, Grange Road, Edinburgh, EH9 1UH