Five of the best: pizza places in Edinburgh

I can’t remember when I first had pizza. I do remember that the first time I went to a restaurant without a parent, it was pizza I went for. (I was eleven. I can’t remember who I was with – most likely a friend. It was just before I moved to Stockholm. It was cold, it was dark, there was tomato-covered dough. We felt very grown up.) 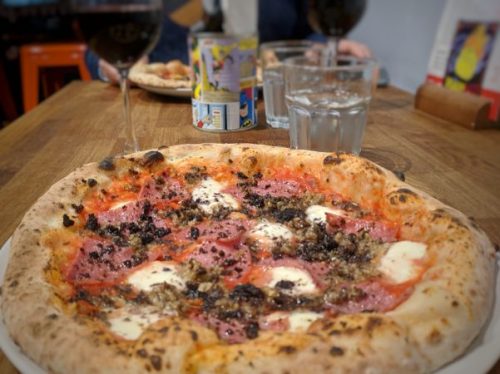 Bring on the deep pan!

I really like pizza. Like most people of my generation, I’ve gone through a range of different pizzas styles and have enjoyed each in its own way. When Pizza Hut opened in Stockholm, I was hugely exited and really, really wanted to go. My mother was less impressed. I loved the sweet, soft dough, the lashings of cheese, the fact that I could have sweetcorn on my pizza. Sweetcorn on pizza!

Then a restaurant opened opposite our flat where you could get pizza or fabby Turkish food. I had pizza, mum would have lamb cutlets. The pizza was thin, partially blackened, thinly covered in fillings and larger than the box it came in. This, I decided, was real pizza. I ordered a Quatro Stragioni – tinned mushrooms, sliced ham, olives and artichokes – and felt sophisticated.

We’re not in Stockholm anymore

The first time I ordered take-away pizza in Edinburgh, a big man took a frozen pizza, snapped it in half, slapped the two halves together and chucked them into a deep fat fryer. I never really got over the shock and revulsion. Soon after I discovered Mamma’s, where you got money off a large pizza if you finished it. I tried. I was defeated and one piece of cheese, black olive and sweetcorn pizza was left on the stand.

As my friends had children, Pizza Hut started featuring in my life again. Then Pizza Express opened and I have never willingly eaten at Pizza Hut since. I thought that was the very height of British pizza sophistication. Luckily, time doesn’t stand still.

I still prefer my pizza thin, stretched and not so loaded it’s soggy. I like tomato or pesto, veg, a sprinkle of tangy toppings (olives, capers), maybe some cured meat or cheese. But the core of the pizza is the dough. The bread might be the plate here, but it is also what makes the pizza work. Sourdough? Yes, please! The extra flavour is welcome. A long fermentation? Yes! As well as flavour, it gives a lovely chewy texture. (I eat my crusts. And Christopher’s. Without a dip. That whole thing passed me by and I don’t get it.)

So, here’s a low-down of my favourite Edinburgh pizza establishments. The list has changed over the years and none of the places below existed 15 years ago. See below for brief reviews of Pizzeria 1926, Pizza Geeks, Pizza Posto, Civerinos and Origano.

I’ve reviewed Pizzeria 1926 before. I love this authentic Neapolitan pizza, especially the one with the octopus. The dough is flavourful and well-textured, the pizza to topping ratio is, in my opinion, perfect. The menu changes regularly so there’s always something new and interesting to try. At some point, I’ll have the four-cheese pizza but I need to build up my courage: it feels so decadent. 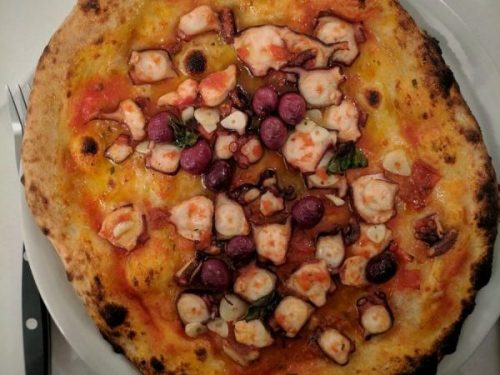 La Luciana @ Pizzeria 1926: the light of my heart. Bright, casual and authentically delicious.

I reviewed Pizza Geeks earlier this year. Long fermentation, fun toppings and a relaxed atmosphere makes this a winner. Also, it’s not expensive. A small pizza and a glass of red wine is a great casual dinner. 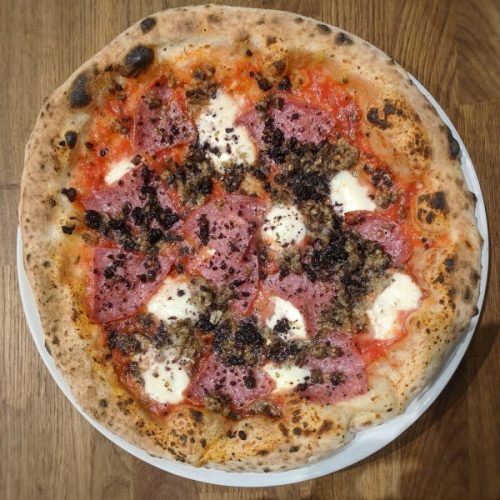 Pizza Posto was an unexpected find. This large, relaxed restaurant makes Neapolitan pizza at good prizes. I like that they have a limited menu and that they have interesting options. Romanesco sauce instead of tomato, anyone? It looks gorgeous and tastes great. There’s a standard menu and a specials menu that changes with the seasons. 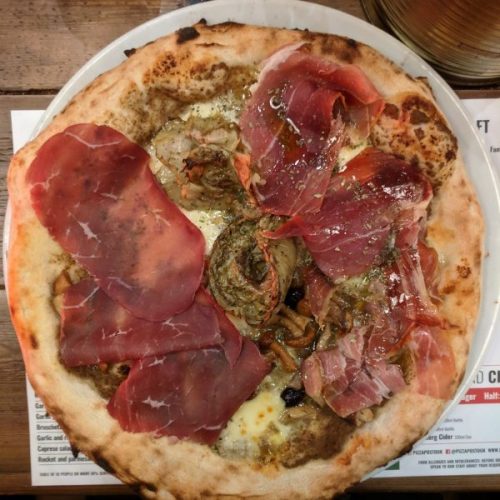 Civerinos has two locations now: Civerinos at Hunter Square (where I made pizza, a sunny day a few years back) and Civerinos Slice at Bristo Place. Civerinos serves pizza with a sense of fun. The atmosphere is cheerful, the pizzas are great. The menu changes with the seasons but Civerinos was the first place I saw that wasn’t veggie that offered a vegan pizza. And it was good! Add prosecco and you have a party. 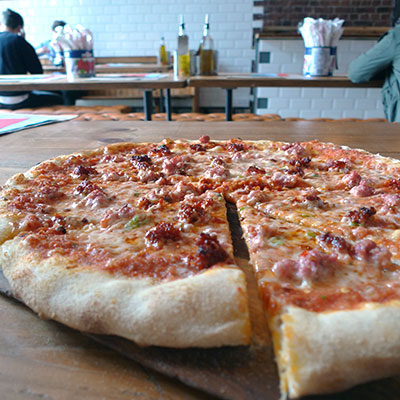 The pizza I made. Isn’t it beautiful?

According to several people I’ve spoken to, Origano does the best pizza in Leith. I don’t doubt it. It’s a busy restaurant with a solid pizza menu. I like the egg and spinach one, Christopher the eponymous Origano with its vegetables and herbs. Tall ceilings, rustic walls and lots of excited diners makes this a fun neighbourhood pizzeria. 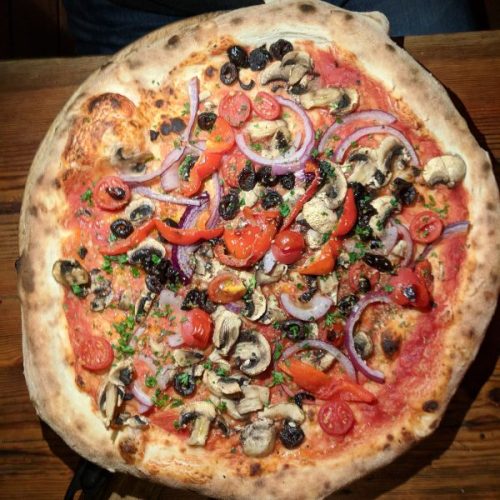 Origano @ Origano: comfortable for dates and parties, families and friends.