Ladies in Beer at Salt Horse 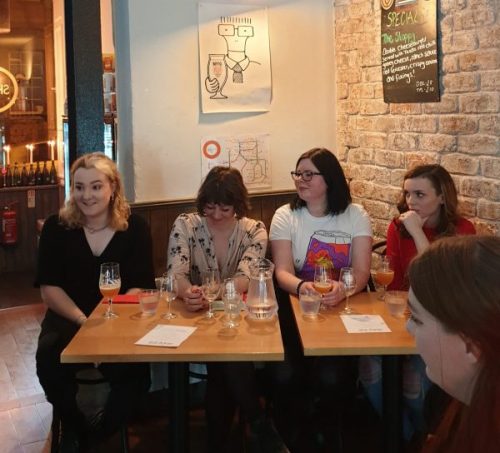 With the third iteration of Edinburgh Craft Beer Festival on the horizon (24th and 25th May), organisers We Are Beer wanted to do something a bit different to show an often underrepresented segment of brewing fans what to expect.

Taking place at the city’s top beer bar, Salt Horse, the event brought together around 20 female bloggers and Instagrammers. Some were new to the beer scene, and some, like myself, were a little more well seasoned, with experience of the industry either through career choices or a passion for brewing themselves.

The panel was an impressive lineup of the latter type, and all women worth following on your social channel of choice. They gave us an insight into their chosen tipples, as well as the world for women in beer, including freelance writing and the realities of running your own bottle shop.

“Take gender out of marketing. Beer is for everyone.”

First up was Lily Waite, a knowledgeable artist and writer. Head of content at We Are Beer, Lily is also part of the group behind the Queer Brewing Project, a new non-profit collaboration raising awareness for the visibility of queer people in the beer world.

Next in line for chat was Amelie Tassin, who has a wealth of beery experience after running a restaurant and ‘beer cave’ in Paris. She came to Edinburgh and set up ‘Beers Without Beards,’ a group for women who like beer and would like to enjoy it in good company.

Siobhan Hewison is a blogger and beer writer. Also known as British Beer Girl, she runs comms for Stewart Brewing and contributes to Ferment magazine.

Our last speaker was the witty Robyn McCallum, one half of the founding team behind South Clerk Street’s Beer Baron. Robyn runs the shop and oversees their social channels. 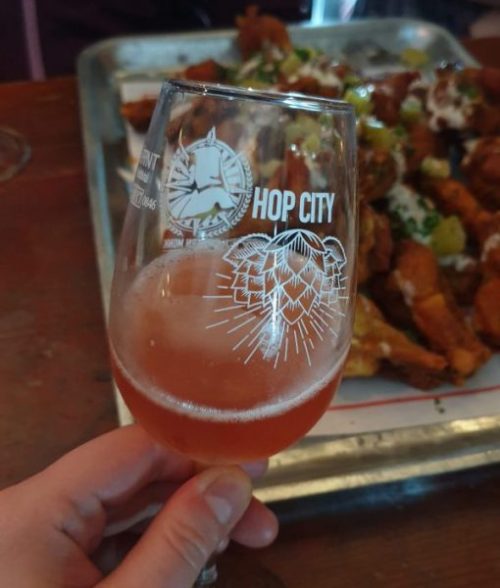 Our panel’s chosen beers covered a collection of favourites available at Salt Horse. Starting with a rather funky saison by Burning Sky, we followed on with two sours and what is known these days as a ‘pastry’ or ‘pudding’ stout.

From champions of the style, Omnipollo, the stout came in out a rich, oily 11%. Women after our own hearts, the panel told us the best thing to enjoy with these beers was cheese. A goat’s cheese was recommended with the Panavision Pink from Brewdog’s sour brewery offshoot, Overworks, and a strong cheddar with aforementioned stout, Argus.

Whilst the beer and food at Edinburgh Craft Beer Festival will vary from what was on offer tonight, you can be sure it’ll be of the same high quality with the same interesting approach to flavour, whether it’s solid or liquid.

This year, there’s a stronger emphasis on food, with some of Edinburgh’s favourite restaurants running pop ups. Local beer lords, Pilot, will be brewing the festival beer with We Are Beer, and that’s sure to be a winner too.

Tickets are here, with some still available for all sessions. Hopefully, you’ll see plenty of women along, sharing their hop-fuelled passion with each other as well as with the gents. And if you love beer and know a woman who isn’t sure, take them along – there’s a whole world waiting to be explored.