Growing up in an orchard 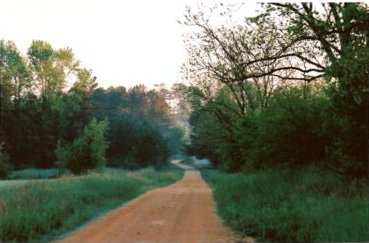 Growing up in Alabama

For as long as I can remember (until I went away to university), my father has cultivated the 600-tree strong orchard that sits on the edge of our land, next to the hayfield and the long dirt road. Pecans are native to the Southern part of North America and grow on large trees in husks. Actually, it is not a nut at all, but a drupe (a fruit of the hickory genus with a single fruit with a stone, surrounded by a husk). These specific trees were originally planted between 1910 and 1925 by my great grandfather and are expected to have a lifespan of over 300 years. 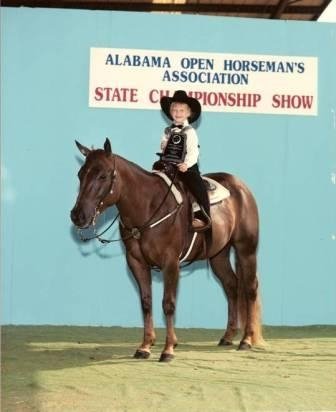 The author on Lucy

When I was small, I would jump on my pony Lucy bareback and head to the pecan orchard where I would lope down the lines of trees which stretched for half a mile in one straight line. Once I passed the mid point where there was an old fashioned loading dock, (built by my great grandfather, which was a slight incline with a metal bank built into one side to hold it up. Trailers and trucks were backed up to this so that other large items could be rolled straight onto the trailer.) I would take off, weaving in and out of the trees, which were planted to have about 25/30 feet between each tree.

I had to be extra careful, though, because to one side of each tree, there is a small pipe that sticks up with a sprinkler on top. These were powered by hooking up the engine of a tractor to the pump that was built into one of the small wooden docks that stuck out into the neighbouring pond. By pumping water up through an underground system designed and installed by my father and grandfather, the pipes would water the trees in the height of summer when Alabama could go for weeks without a drop of rain. Then, suddenly, the rain would fall and the orchards would bloom with bright green leaves hanging heavily from the rows. 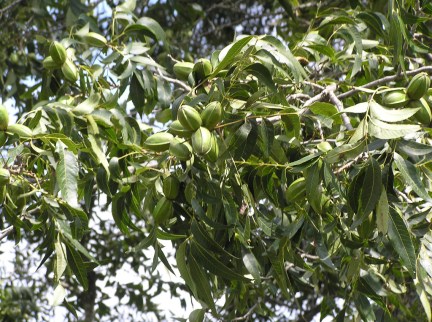 Pecans in the husk

When this happened, the fleshy green husks would grow in clusters of 3 or 4. They were shaped something like a rugby ball, were green, and had 4 seams that darkened and eventually split when the pecans were ripe. As the husks turned brown, opened up and curled back, the pecans became loose and susceptible to bugs, squirrels and crows. (Though my dad and brother didn’t hunt deer as most people do in the south, it was common for them to head out and crow or squirrel hunt)

Later in the fall I would take Lucy out and run her through the cut hay fields, and then let her rest while I filled my bag with pecans that had ripened and fallen to the ground. In mid-October through November, my dad would hook up his small John Deer up to a shaker and roll it out to each tree, carefully backing it up and attaching the two arms to the trunk and gently shaking the whole tree till the nuts, small limbs, dried husks, and leaves fell down. Once he had gone through and shaken all the trees, he would hook the tractor up to a sweeper, which literally was taken up and down the rows and in between the trees to sweep the pecans, limbs, leaves and some dirt into the middle of the rows for collecting. 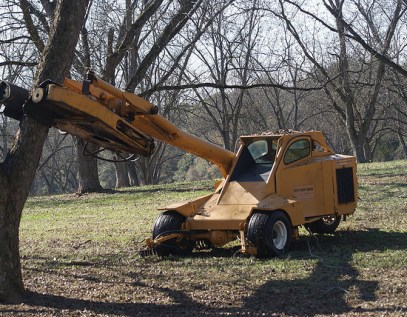 Then came the harvester. The harvester was really a long train of items that were hooked up to one another and pulled and powered by the large Ford tractor. The tractor pulled a harvester, which picked up everything in its path. The mess then went into a sorter which picked out the dried leaves and sticks and shot them out in a projectile style out one side while the pecans travelled up a shaking metal conveyor belt (a conveyor) and dropped into a wagon that was able to raise and lower and empty into the larger wagon. 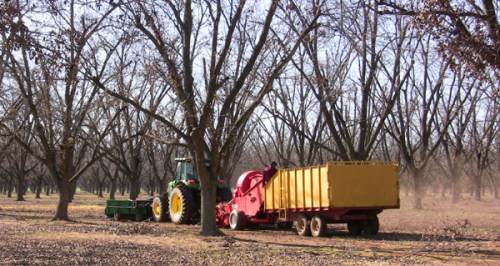 I wasn’t often allowed to go out to see dad while he was harvesting the pecans themselves, due to the sheer amount of noise and dust in the air. And, after all, Lucy wasn’t the biggest fan. But when the pecans were loaded into the large wagon to be taken to the shelling and packing plant a few hours south of our house, they were parked under the shelter of the barn where my brother and I used the tons of nuts (still in their shells) as our own personal nut swimming pool. We buried each other alive and leapt into them, sinking down to our knees, and had mock fights with pecans as our weapons. 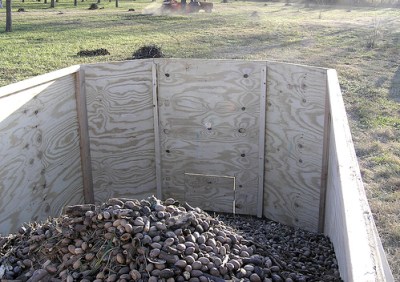 And the best bit, eating ..

Later, we would sit around and crack a few by hand eat the buttery nuts (but not the ‘bitter’ in the middle) while mom was in the house tossing them into just about any dish you can imagine. Making potato salad? Toss some roasted pecans in. Pecans on ice cream, cookies, sprinkled on top of vegetables and meats. And the pies. Lord and the pecan pies… 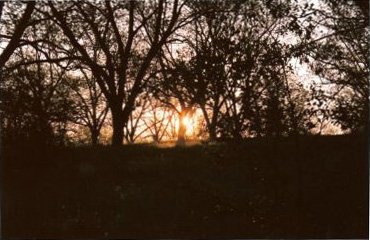 At night in the pecans

I’m originally from Alabama, USA, and have been in the UK for a bit over 5 years. I’m currently finishing up my PhD in poetry writing at the University of Edinburgh. I teach English Lit tutorials at the uni, work part time at Edinburgh Books, do some freelance copy writing, am a partner in a publishing company based in the States, am the Managing Editor and founding partner of The Istanbul Review, founding member and write for Lunchquest Edinburgh, and I am very attached to showing American Quarter Horses and find that somehow, most things come back to horses, Italy, and getting a book published.
View all posts by MJ801 →