The diners all agreed this was the best Sunday lunch in a long time. Why didn’t we have roast beef and Yorkshire pudding more often? It ŵas a firm fixture of our childhood. 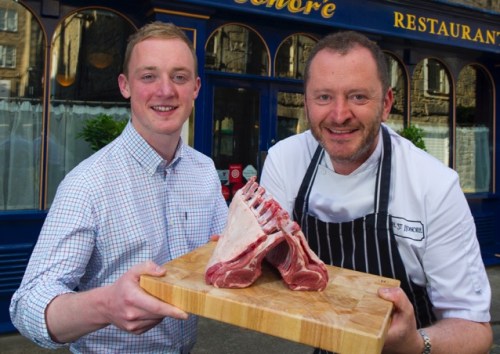 The fact that it happened to be a Tuesday evening and that this was the FIFTH meat course that evening made this statement all the more remarkable. Far from our palates being jaded, they were reawakened by the fabulous taste of the meat. 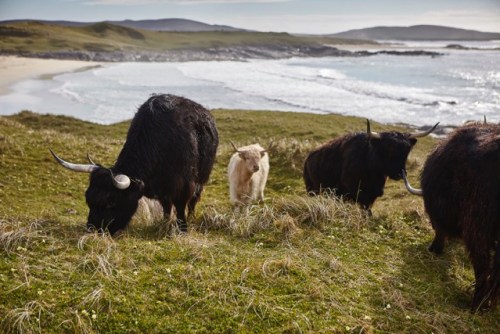 We’d been invited to sample the beef and lamb supplied by Hebriddean Foods. If the name sounds familiar you might remember me waxing lyrical about their seafood that I tasted. Now owner Douglas Stewart who is astonishingly just 24 years old, is bringing meat raised in the Hebrides to a wider audience. We heard how love of sheep had skipped a generation. His Grandfather raised sheep but Douglas’ father chose to go into lobster fishing instead. The sheep that Douglas sources are raised in a very similar way to those his Grandfather tended, on a small tidal island Vallay from October to June. Located off the coast of North Uist, the beasts are mostly left to their own devices even when giving birth. Part of the year they are taken off the island and are grazed on heather for added flavour. 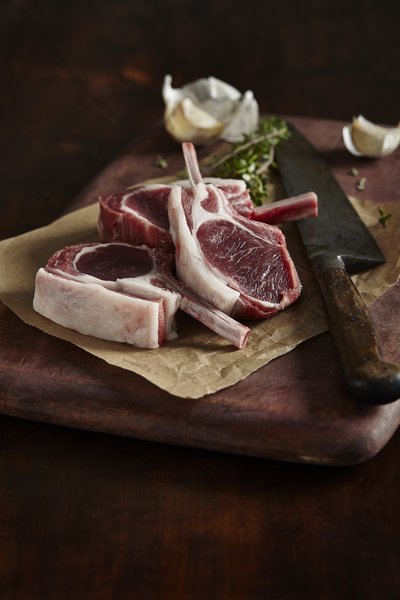 We are dining at Café St Honoré. Chef Neil,Forbes is the obvious choice to showcase the meat. His style of cooking which has previously won him Chef of the Year focuses on taste and cooking prime ingredients simply. 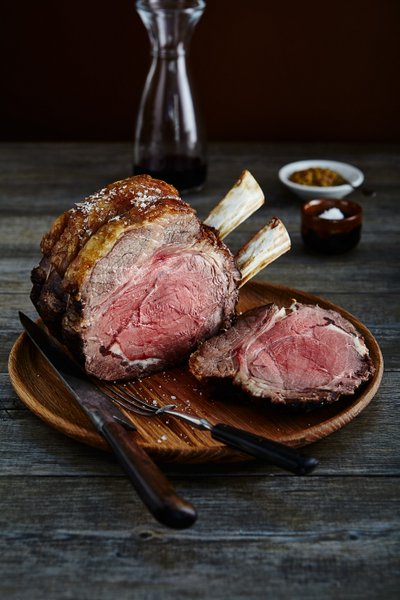 We start with a breaded lamb cutlet. I’d consider this something of a retro dish and something I wouldn’t choose from a menu usually. If all breaded lamb cutlets were like this I would have them more often. The meat is beautifully juicy with a perfect crust. The portions were supposed to be small but if these are small I can only wonder at what large portions look like.

Next up is a seam boned leg of lamb. This means it is butchered following the natural seams of the lamb. It’s moist and has a slight chewiness. We sample rump steak which is one of the best I have tried, then slow cooked shin of beef which Neil later confesses to being his favourite to cook. It has a deep unctuous flavour and is served with Neil’s very buttery mash – heaven.  All completely delicious. Time to bring back Sunday Lunch?

Try the meat yourself 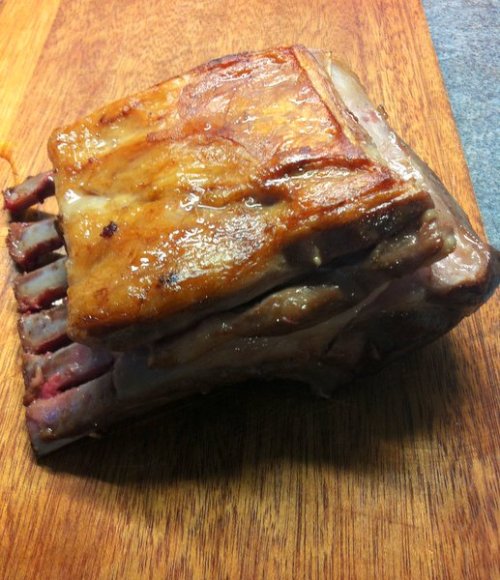 The rack of lamb I cooked

The prime Highland bullocks are processed at 3 years, longer than the industry standard. This is in part due to the slow-growing attributes of the Highland breed as well as environmental factors. The result is an overall rich depth of flavour that stands out from other commercial breeds and systems of farming.

The beef is then dry-aged on the hook for 3- 4 weeks. Douglas plans to experiment with longer hanging times for a more intense flavour and texture in the near future. The lamb has a hanging time of 2 weeks.

These days getting produce delivered in prime condition is perfectly possible. Ice packs keep the meat or fish fresh for ages. No excuse then to try some meat from Hebriddean Foods. The meat is in sensibly sized portions and is reasonable in price. Please forget that well known Scottish sounding purveyor of meat and taste the real thing.

I tried the rack of lamb. I cooked it in the sous vide at 60C for 2.5 hours, then finished it off in the pan. It was very moist and tasty!  You can imagine where the meat was raised on that island happily and without stress. You can also think of Douglas who is already thinking up new ideas of how to bring more fabulous meat to us by courier

Douglas will be attending various Scottish events over the summer including the Foodies Festival in August. Photos are courtesy of Hebridean Food Company with the exception of the one above.