Japan – In pursuit of perfection

I’ve you’ve never visited Japan, how would you describe it? Is your abiding impression of strange game shows, Manga, Memories of a Geisha or perhaps the film “Lost in Translation (which I actually think is more about the effect of jet lag). 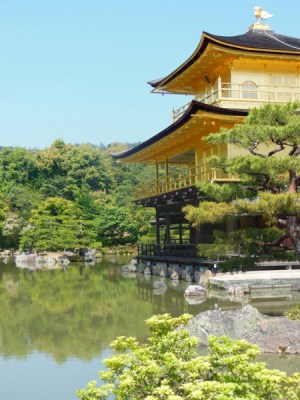 The Golden Pavilion, Kyoto – yes it really looks this beautiful

For us, the inability to understand the Japanese characters was frustrating. There was a constant sense that we were missing something. It’s the way we love to travel, find something unexpected and go and follow it.

However, what it wasn’t was weird or alienating. There was just so much to admire. If it can be summed up in any way, it’s the pursuit of perfection.

We had to ask many times if the person we were talking to spoke English. Many times the response was no or a very little, for us to find that they actually did speak some English. But they did not want to demonstrate their lack of prowess.

It’s a country that grows its own tea, but the passion currently is for coffee. With typical verve and determination, even in the smallest place, it’s about the best coffee possible. We had breakfast in one place where a complicated drip system was set up. Another small café had a huge roasting machine set in the window which was obviously used regularly. In yet another there was a menu of coffee methods from which to choose. 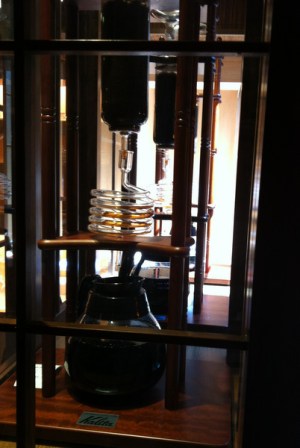 Something that’s quite astonishing is the lack of rubbish. It’s frowned upon to eat walking along the street, so if you buy something at a stall, you stand and eat it there, or go and sit at the set of tables set up just behind. So you get rid of your rubbish there and then. If you forget, as we did constantly, you have pockets full of rubbish and no where to put it. There are just NO rubbish bins!

If you’re setting off on a journey to London, if you’re lucky there’s an M & S where you can buy decent food. Just imagine Edinburgh Waverley Station with a huge food hall full of stands selling ready prepared food. Fabulously enticing, reasonably priced food to take on your journey. This is what you find in the large station in Japan. Bento boxes with many different compartments filled with different small morsels. We got very adapt at just going for something that looked good and hoping for the best. It never failed. On our train journey from Toyko to Kanazawa, our bento boxes were beautifully wrapped, like presents ready to tempt our palates for lunch. 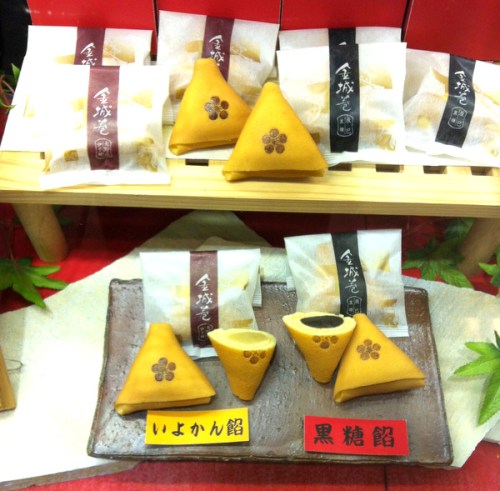 There’s a passion for all things French. In some areas, some of the well known French bakers have set up – Eric Kaiser for example. There are authentic French patisseries and inside some of the department store food halls (oh the food halls!) complete bakeries have been set up. Many local bakers are adding their own twist with local fillings or ingredients. I had a delicious brioche bun studded with black sesame seeds. 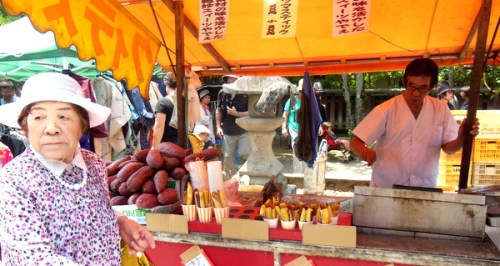 Just about any department store you come across has all the usual shopping floors, but two further floors (at least). At the top you’ll find one or two levels where the restaurants reside. These are all operated independently and have separate entrances – and often a number of chairs on which to wait. I honestly think the Japanese are better at queuing than we are! The restaurants are very popular and whilst we might think of avoiding eating in a department store, it’s the thing to do in Japan. 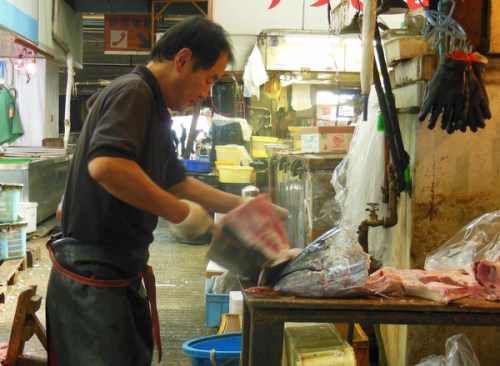 In the basement, there are one or two floors of food. This is food to die for. The very best we came across was in Tokyo, but honestly there were plenty of others just as exciting. The staff to customer ratio seemed huge, the choice utterly bewildering. Not for the first time did we wish we could have someone just behind us explaining exactly what those things were. Utter heaven. Utter perfection. Easy to believe what someone said “It’s impossible to eat badly in Japan” 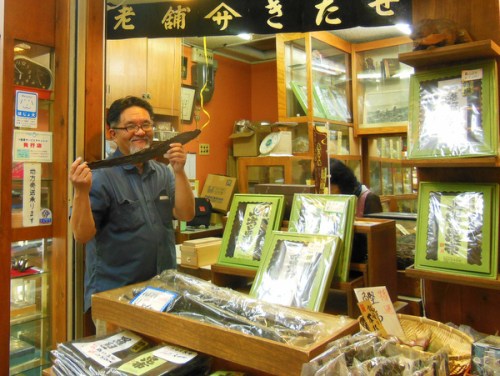 Of course this is a food blog, but just one last mention – the toilets. Not just any toilet seats, but ones that are warm. Ones where you can choose to play music whilst you perform or wash you gently after you’ve been. (Oh you could used to these). And for all those Mums not sure what do do with baby, each cubicle has a fixed seat to one corner (like a high chair) where you can pop baby.

Japan is a wonderful place for a holiday. It, the people and the food will exceed all your expectations. We planned our trip with Mandy at Uncover Japan. We certainly couldn’t have done it without her.