Around the world with Tony Singh’s Road Trip

Tony Singh is someone I was familiar with from his appearances on television but I had never had a chance to taste his food until now. The Apex International Hotel has turned over its Metro Brasserie to him for the month of August for his pop up restaurant Road Trip. Serving street food from around the world, this was exactly my kind of eating experience – small plates of interesting food. Our waiter suggested that  we order at least three dishes to share; being greedy the Sailor and I opted for four. Food arrives as it is ready, so we were not kept waiting long. 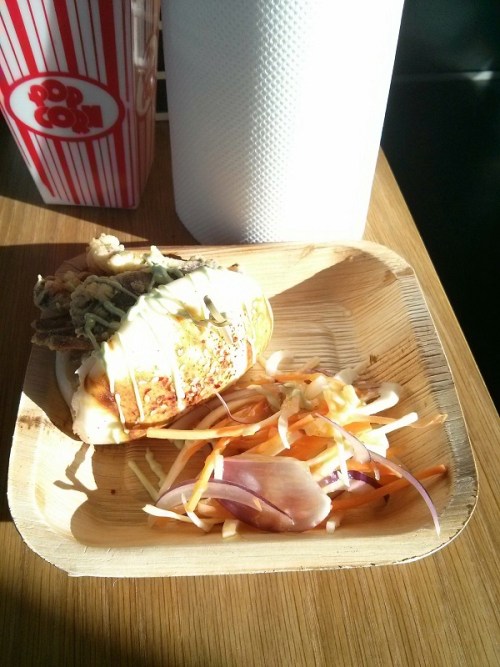 First to arrive was the crispy crab roll: a whole soft shell crab in a steamed bun with mango and basil. We eagerly cut it in half and got stuck in, making use of the handily available kitchen roll as we stuffed our faces. The crab was sweet but crunchy, and well complemented by the mango and basil salsa. As the Sailor put it “I could just have had five of these.” Next up was haggis pakora, a mash up of two of my favourite things. The spices of the pakora batter blended well with those of the haggis to give aromatic, crispy pieces of happiness. The chutney and raita provided with them were excellent accompaniments, the chutney sweet and the raita refreshing. 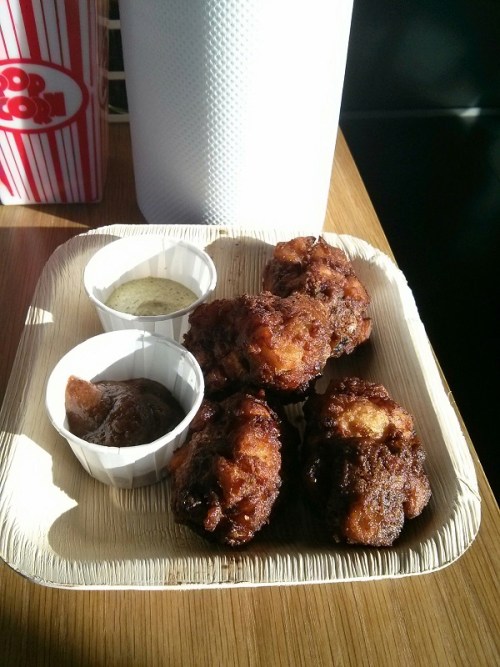 Haggis pakora or happiness in a mouthful

Next up was Punjabi BBQ sweetcorn, lightly charred and coated with lime juice and black salt, as well as a sprinkling of coriander. I am very fond of corn on the cob at the best of times but this was truly next level. The corn was perfectly cooked with a slight smoky flavour from the char grilling. The combination of black salt and lime perfectly offset the sweetness of the corn and the coriander added an extra layer of zing. This is one I will absolutely be trying to recreate at home. 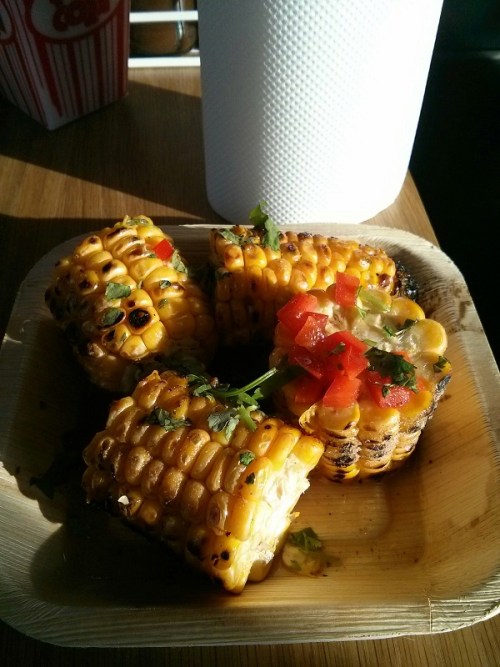 Our final savoury dish was the CTP or chicken tikka pie. This came in the guise of a scotch pie, but was filled with tender chicken tikka instead and topped with a smear of raita and some lightly pickled shallots. The crust was crisp and the filling juicy and full of fragrant spice. It was an interesting fusion dish and one I wouldn’t mind seeing pop up in a chip shop near me as an alternative to the classic scotch alternative. 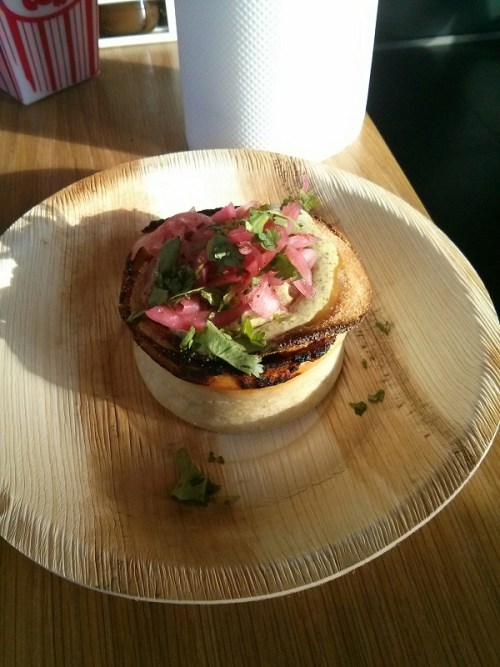 Savoury options devoured, it was time to think about pudding. I was intrigued by the flooda: Tony’s take on the traditional Indian dessert/drink falooda to which he had added jelly and ice cream. The Sailor, meanwhile, was instantly set on the slider, a jazzed up ice cream sandwich with brownies and raspberry sauce (affectionately referred to as monkey blood on the menu). The flooda came looking very much like a milkshake with cubes of jelly at the bottom and a dollop of ice cream on top. The Sailor found the experience of drinking vermicelli noodles through a straw a bit too strange, but I enjoyed it immensely. 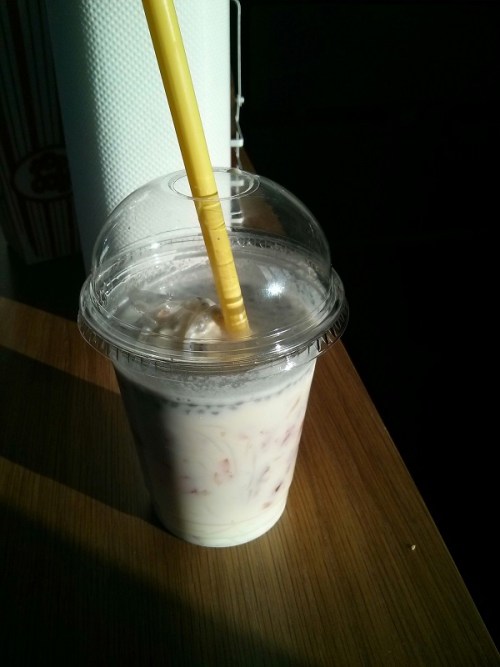 Flooda, so much more than a milkshake

The slider was so appealing that I barely had time to photograph it before the Sailor’s spoon was getting stuck in. The ice cream was good and creamy and the raspberry sauce vibrant and just the right amount of tart. I would say that the brownies were a little bit crumbly for my liking as I favour a more fudgey, gooey type of confection but the taste was spot on. You can’t really go wrong with a combination of vanilla, raspberry, and chocolate. 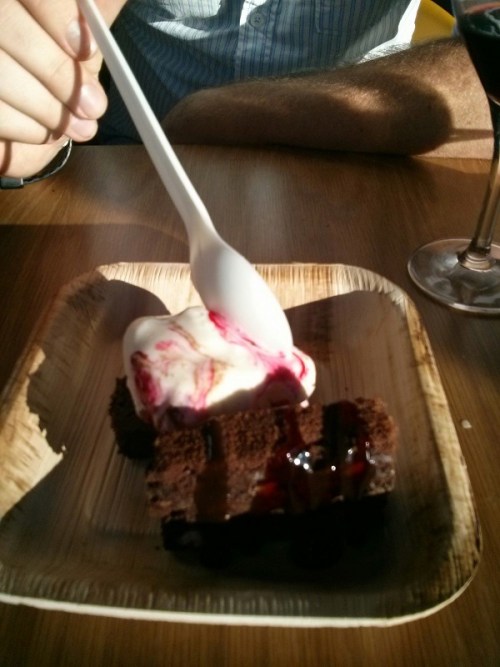 All in all, the Sailor and I both found Road Trip to be an exciting culinary adventure. Tony Singh has very cleverly offered up a selection of street food from around the world with some of his own special twists on classic dishes. His sense of fun is visible from the food to the plastic cutlery and kitchen roll on the tables. The floor to ceiling windows of the Metro Brasserie allow for some excellent people watching along the Grassmarket and the most difficult thing will be choosing between so many appealing options on the menu. I’ll leave the final verdict to the Sailor, who simply stated: “best scran I’ve had in a good long while.”