I love the challenge of new ingredients. It’s an exciting time. What will they taste like? How will I cook with them? Will I like them?

Indigo Herbs have set bloggers a challenge to create recipes from a range of ingredients. When I opened the package, I discovered items I had not come across before and one I use regularly, coconut oil. 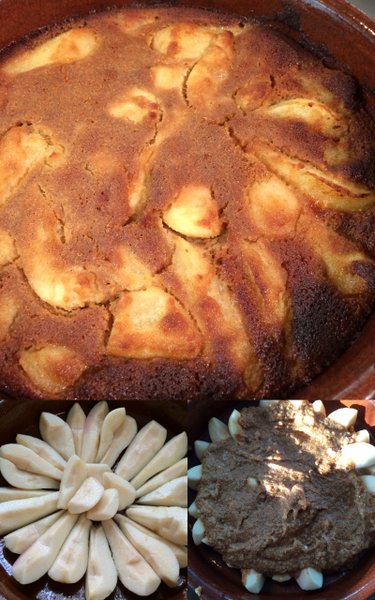 The finished pear and coconut dessert

I was first introduced to coconut oil in India when Mr EF and I went on a vegetarian cookery course. I’ve used the oil ever since. In the UK, coconut oil is solid. In India, in higher temperatures it is clear and looks more like an oil.

It is easy to use, you need very little to cook with. According to a recent report corn or sunflower oil release high levels of  toxic aldeyde when heated to 180°C – coconut oil does not. Apparently you can use it on your face too, but that is another story. I’d simply say, substitute it for your usual cooking oil and you probably will never switch back.

A dessert that is gluten and dairy free

I decided create a new version of one of my favourite comforting winter desserts – Pear and almond sponge. I would be using coconut flour, coconut sugar and the coconut oil.  I discovered that the coconut sugar could be used in the same quantities as sugar – it has a similar appearance to soft brown sugar.

Researching coconut flour, however, it quickly became clear that you use very small quantities compared to wheat flour with plenty of eggs. How intriguing. Rather than use butter (my first choice), I thought, why not use coconut oil?

When the “cake” mixture was made and was in the oven with the pears, I was alarmed to see that the mixture had separated after about 10 minutes. Whilst this is far from usual practice, don’t worry. Mix the warmed ingredients together again and let it bake. It turned out really well. 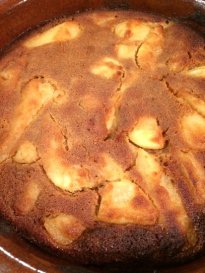 Save Print
This recipe has been created for the specific ingredients shown. Very little coconut flour is required in comparison with standard recipes. Don't worry if the oil separates from the rest of the ingredients, simply mix and the cake will bake beautifully. Serve as a dessert rather than for afternoon tea.
Author: Edinburgh Foody
Recipe type: Dessert
Cuisine: British
Serves: 6-8
Ingredients
Instructions
3.5.3208 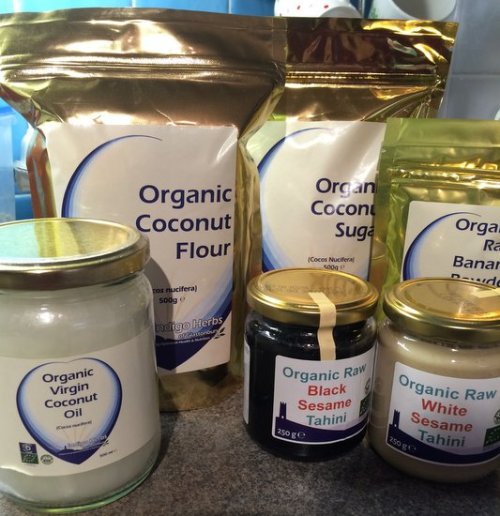 My selection of Indigo Herbs Ingredients

Would I seek these ingredients out again? Certainly! I’m not vegan, nor do I avoid wheat. These are simply high quality ingredients that could become store cupboard staples. I am looking forward to creating more recipes with the remaining ingredients.