This month, it’s snack time and the chance to support a charcuterie business.

Serious Pig is leading a crusade to inspire food brands to open up about ingredients. As part of the intiative Serious Pig will be completely honest with its customers by adding comprehensive information about the pigs they use on their website – even asking people to vote on social media which breed of pig should be used for their Snackingham range.

With claims like this, I had to try their snacks! 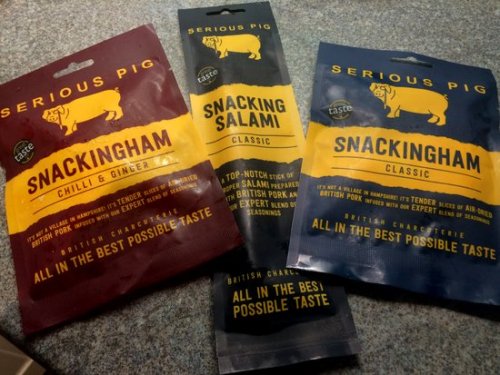 At first it seemed a little odd to me to open a small pack of sliced salami that I’d been sent un-chilled!

I shared them with the bread class I was teaching one evening. It was 8 pm and we were hungry! The samples were wolfed down in seconds. We universally declared the Snackingham chilli and ginger pack of sliced salami our favourite. Aisha declared with a name like that, “What’s not to like, where can I buy them?”

There’s no supermarket stockist in Scotland at the moment, but you can find the snacks at Peckhams Delis in Glasgow or Brew Dog bars. Let’s hope we see more outlets soon. 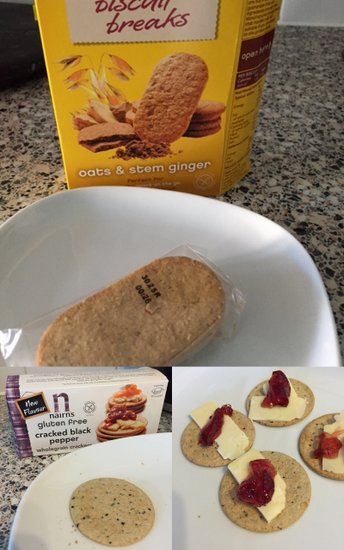 They come in packs of five which Richard found very handy for lunches. Both products feature gluten free oats. The ginger were a big hit with all the family “Very gingery, quite a spice kick afterwards. Light and a good snap”.

The black pepper crackers paired very nicely with cheese. “We thought they were pretty good, light and had a good snap to them. They were thin which was nice rather than thick and overwhelming. They tasted good with bursts of black pepper. We do have the same flavour in oatcakes which we probably prefer due to texture”.

“I’m keen to try other flavours!”

Those of you who are lucky enough to have tried Rachel Hammond’s charcuterie will confirm how tasty it is.  Now this female entreprenuer is seeking to grow her business further by taking the next step and transform the Potting Sheds at Ayrton Castle into a dedicated butchery. The basic renovation has been done, now it is time for plastering, painting, new plumbing, electricals, a proper floor and some “new” second-hand kit to help make work more productive for the future.

As well as a fully equipped craft butchery, retail space and demo area, there will be a traditional-style smoke-house where Rachel will smoke an extended range of products.

If you’d like to pledge support for the business, head to Rachel’s Indigogo page (or click on the image above) and sign up now and help make this happen. Some of the perks can be posted out, so no matter where you are in the country, you can taste her wonderful produce!