Experiments in the fifth flavour: umami

Most of my recipes start with the cutting and frying of an onion. It’s not for the love of onion but rather the desire for umami. Softened or slightly caramelised onion is the first layer of savoury, the fifth flavour, in a dish. I then add other flavours – lemon for sourness, honey for sweetness, soy sauce for saltiness and an extra dash of umami.

Carnivores get a lot of their umami from meat: it’s to release those flavours we sear meat*. Most of what I cook at home is vegetarian or even vegan. How do I maximise savoury deliciousness? 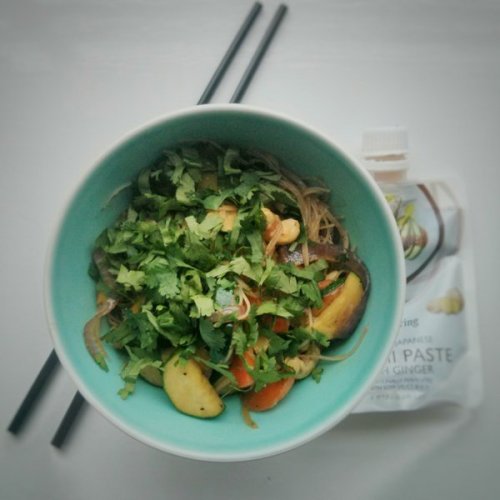 The easiest way to get umiami flavours into food is to brown them. Browning is caused by the Mailllard reaction, a process that caramelises sugars and changes proteins, releasing delicious umami. Step 1 to savoury: brown veg (not just the onions).

Some vegetables are sweet, others have a more savoury hit. Mushrooms give great umami. I love mushrooms on toast: finely chopped mushrooms, ideally a fancy selection, onion and garlic fried with olive oil until slippery and reduced. A bit of thyme and a couple of crushed juniper berries add hints of the forest.
Potatoes form a great brown crust, and fennel fries well too. Adding seaweed to your food is another option.
Step 2: chose savoury veg.

I’ve been known to add Marmite to stews and lentil soup for more depth. Nutritional yeast, a dried yeast powder, has a similar but more gentle effect and is great in white sauces or savoury dough.

Recently, I’ve been getting through a lot of doenjang, a Korean fermented soya bean paste that is funky, hunky and very salty. It’s lovely, but can be a little much, as can another great Korean find, seasoned bean paste.

Then Clearspring sent me two umami pastes to try: chilli and ginger. They are based on a Japanese recipe of cultured, fermented rice to which spices are added. I was an immediate fan.
Step 3: pick a paste. 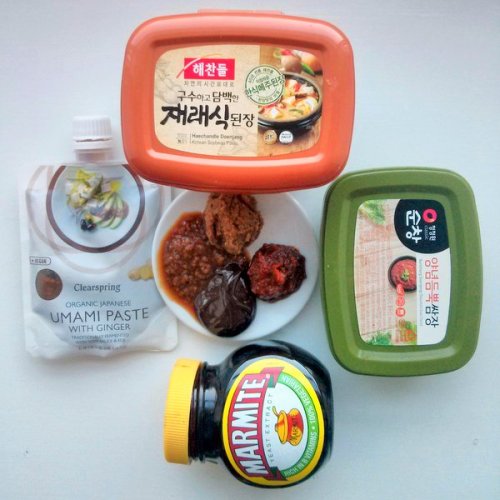 The chilli paste has very gentle heat and a strong soya character. The ginger paste is softer, more rounded in flavour and a paler colour. It’s my favourite. Both pastes can be used as they are as a dip or a spread: I spread a good dollop of chilli umami paste on a wrap, added avocado, tomato and a small drizzle of olive oil, and called it lunch. Nice! The chilli paste is my go-to spread at the moment. It’s fantastic under tomatoes.

The pastes can be used as insta-sauce for stir fries. The ginger flavoured paste is excellent with rice noodles and vegetables, just the right consistency to make a sauce that clings to the ingredients, not overpowering. The other umami-delivery systems I’ve mentioned are more concentrated, less saucy. You’re unlikely to overdo it with Clearspring’s pastes. 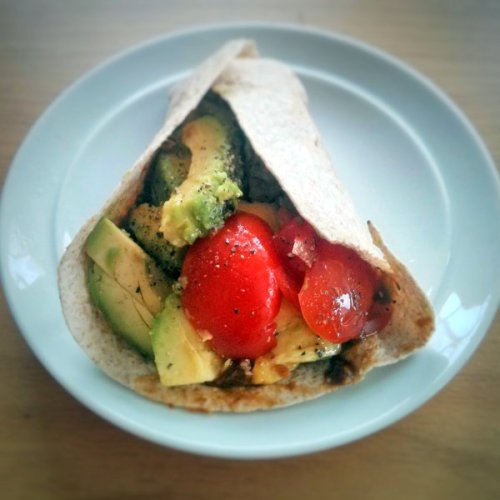 I also tried, when the vegetarian was away, using the ginger paste as a marinade. I marinaded lamb neck with paste, a little oil and vinegar, for an hour, then browned it, covered it in the remaining marinade and cooked in the oven for 1.5 hours. The result was intensely savoury lamb with a big hit of toffee-like caramelisation. Utterly delicious and satisfying.

These squeezy pouches of umami paste are a great addition to my kitchen. £4.49 for 150 grams.

Clearspring has a range of products, from rice crackers I can’t stop eating once I’ve opened them, through nori and mirin. Some of their products can be found in the supermarket but I get most of mine in Real Foods.
Read more about umami.
Find a stockist or buy online.

* Yes, we do it for flavour, not juiciness.