Palestine on a Plate by Joudie Kalla: delicious home cooking

I love middle-eastern food. The cuisine venerates the lamb and offers great vegetarian dishes. So offered Joudie Kalla’s Palestine on a Plate to review I said an enthusiastic yes! It’s a beautiful book. What I love about it is that it’s home cooking: recipes tried and tested in the every-day. 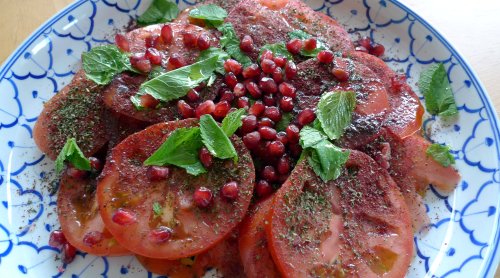 Tomato salad with sumac: it disappears in an instant.

Palestine on a Plate has everything a cookbook should have: an introduction to ingredients, recipes for breakfast, small dishes, veg, meat, fish, chicken, dessert and even drinks. The recipe introductions often mention Khalla’s family members as inspirations for, or the originators, of dishes. It’s heart-warming, as are the dishes.

Some kitchen experience is necessary and I think that is appropriate for a home cooking recipe book. The recipes are flexible, not depending on 100% accuracy for a good outcome, great for cooks like me, who read recipes for inspiration and cooks with what I have (not always what the recipe prescribes).
What did I make?

Aubergine is one of my favourite vegetables and this recipe uses it to perfection. What’s more, it’s easy to follow and easy to describe: I passed it on to a friend over coffee (with a couple of aubergines) and she successfully cooked it. I used less oil than the recipe suggests – I had a sudden oil shortage – and it still worked. Last week, I made it with red peppers instead of aubergine. Luscious. The tomato sauce graces anything it touches. 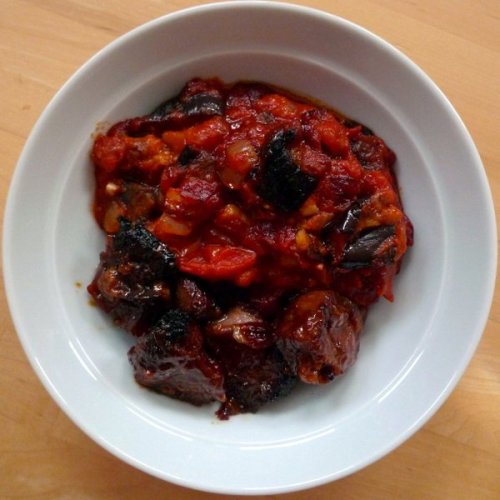 Teda Huda’s moussaka – what tomatoes were grown for. Looks a mess; tastes divine.

Hearty, warming and really quite easy to make, this is everything I want on a cold and miserable day. Rocket makes it feel a little more like salad and less like pure stodge. The cumin adds fabby flavour, and lemon and pomegranate seeds add zing. It makes a satisfying lunch cold the next day.

This has become my favourite salad. Finely sliced fennel, tangy apples and pomegranate, oodles of lemon juice. It’s wonderful the next day too and looks glamorous next to leftovers.

Easy to make, attractive on a large plate and very moreish, these are a great addition to the dinner table. Super-simple but brilliant. 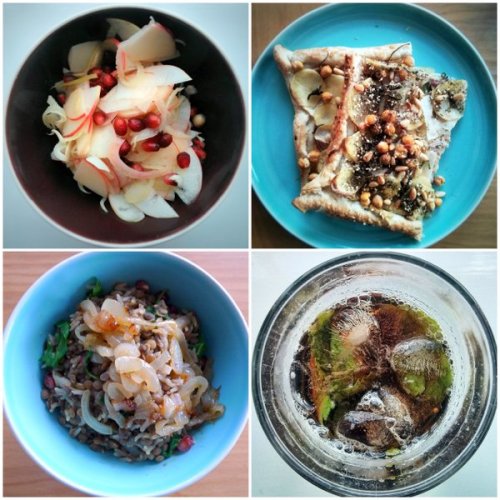 Not quite biscuits, not quite buns, these confused me on first eating. Despite the description, I wanted them to be softer or crunchier. Then I got on message: they grew on me. Less sweet than many biscuits, drier than a bun, they’re satisfying with a cup of coffee or tea, or nice with…

I halved the sugar and will cut it down further the next time I make it. It’s worth getting pomegranate molasses for this recipe. It’s deep, flavoursome and sweet. Great with ice. Fab with a tot of vodka. I let it stand overnight, infusing the mint. Lovely.

Zing! This green herb blend cheered up an otherwise lacklustre puff-pastry flan I made, the herbs bringing together potatoes, chickpeas and celeriac, prompting the addition of creamy tahini. It is great with labne, sprinkled over avocado toast, mixed with olive oil as a dip for bread.

Favourite new ingredient/recipe: Za’atar. It’s one thing knowing that Ottolenghi loves it, another making your own – and personalising it – in five minutes. Instant veg pick-me-up. 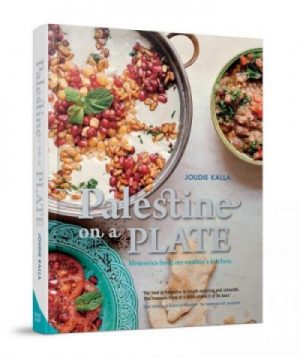