Krispy Kreme’s aside, there’s a donut revolution happening in Edinburgh, and no shortage of places offering these gorgeous gooey delights that have taken on the good old cupcake as a fantastic accompaniment to a cup of coffee.

Now one such establishment, Deadly Donuts in Marchmont, is looking to push the boundaries further, by masquerading as a dinner establishment in the evenings. 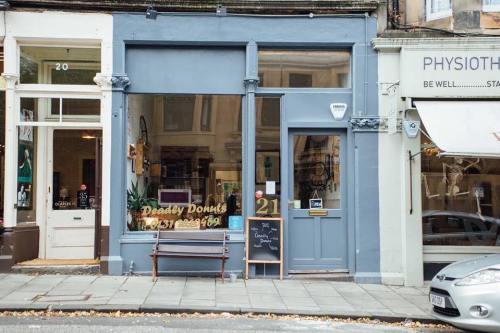 I’m not familiar with this area of the city, living as I do off Leith Walk.  I wish I had done my research better though last summer, as I spent a lot of time visiting a friend’s daughter in Sick Kids. Whilst Victor Hugo’s café is great, there’s some exciting things happening food-wise in this neighbourhood that would have added some variety.

On a freezing Friday night, I joined Instagrammers Alex and Craig of FoodNStuff; Zoe who works at Deadly Donuts; and a couple of her uni mates at the invitation of Deadly Donuts’ owner, Freddie Spindler, to sample their development menu.

With a six month cookery course at the Edinburgh School of Food and Drink and experience of working in the kitchens of some of Europe’s best chefs, including Restaurant Gordon Ramsey, The Clove Club and Indewulf in Belgium, he returned to Edinburgh last year where he found himself hoovering out cars at a car auction place.

His idea for opening up a donut place, despite having never made a donut in his life, appears to have come from a desire to combine his love and passion for food and somewhere he could be his own boss. 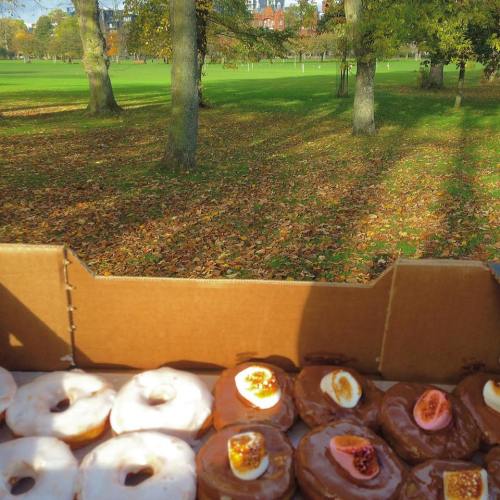 Selling wicked donuts by day, (and by this I mean naughty and very nice), along with another young chef, Christopher Wood, who has been working in Bijou Bistro in Leith, they’ve opened up Deadly Donuts on Friday, Saturday and Sunday nights for dinner.

Don’t expect flash décor. They’ve made their own tables from thick plywood on a solid base and the chairs are a mix of rickety plastic and wooden ones. Opt for the latter, which are more solid. The rest of the décor mixes reclaimed chic with bric-a-brac, including a herb garden, made from cut up milk cartons, stapled to an old pallet.  I spied the array of cookbooks too, which I could quite happily have sat reading all night. 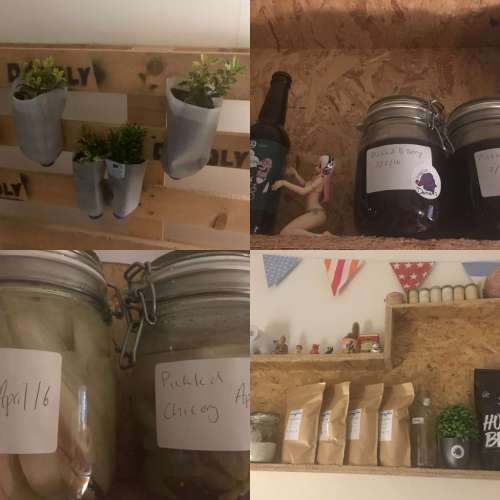 These boys can cook but don’t expect a restaurant serving up starters, main courses and desserts in the normal sense.

Instead, what you get are multi-plate tastes of whatever is on the menu, which is posted on their Facebook page weekly. There’s no website so this is where you need to check what’s on offer that weekend.

For a fixed price of £32 (BYO), you’ll get a weekly four-course menu, with the options of fresh bread and an additional cheese course.

You won’t go home ‘stuffed’, more nicely satiated, having tasted combinations that are really out there, flavour and texture wise.  The dishes will be filled with ingredients dictated by the time of year and what is at its best. 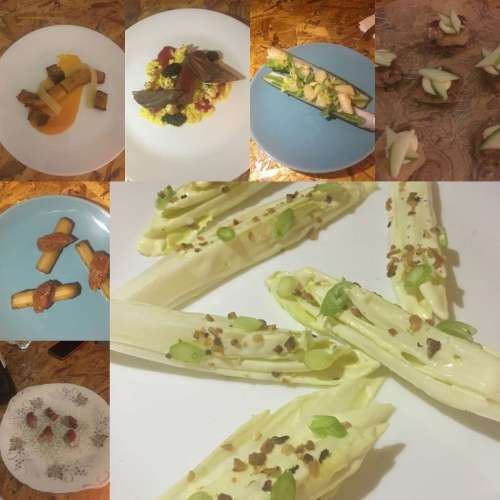 We finished off with an amazing pumpkin puree cream cheese, parsnip puree, accompanied with a pumpkin seed brittle. Oh and there was a tasting of some donuts too. 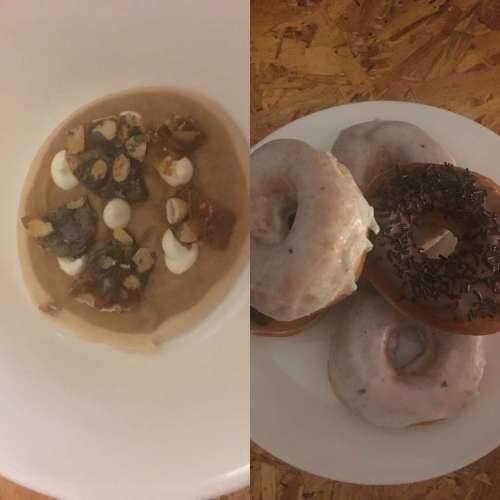 Deadly desserts – the pumpkin puree was nothing like I’ve ever tasted – but in a good way!

These young chefs are certainly pushing the boundaries of food and the way we eat it too; so why don’t you push yours. If you like being a young adopter rather than a follower of fashion, book yourself in quickly, before the waiting list gets too long. 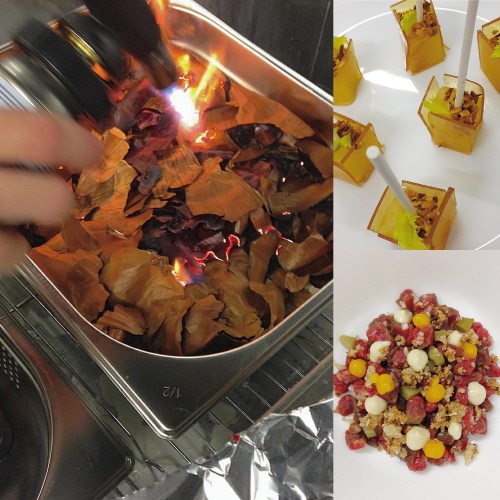 A dream of being ‘the best place to eat in Edinburgh’

If Freddie’s ambition and passion is anything to go by, his dream of being known as ‘the best place to eat in Edinburgh’ might just become true rather quicker than expected.