It’s been a number of years since I’ve been to Divino Enoteca, so when an invitation landed in our inbox to try their new menu, Kerry and I were both keen to drop by. Tucked away on Merchant Street, just down from Greyfriars Bobby, it’s a hidden gem in the Old Town. 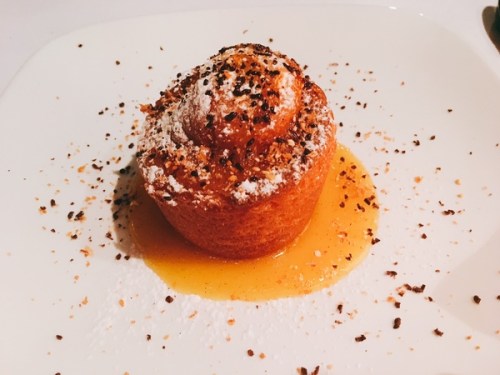 The restaurant team were all on hand to greet us on arrival and show us to our table. A tasting menu had been designed for the evening to give us a flavour of some of the new dishes available, but first we had our taste buds tantalised with an amuse bouche in the form of Mac ‘n’ Cheese Divino style. This was simply a tube of crunchy pasta filled with a lovely rich, parmesan sauce – it certainly hit the spot. 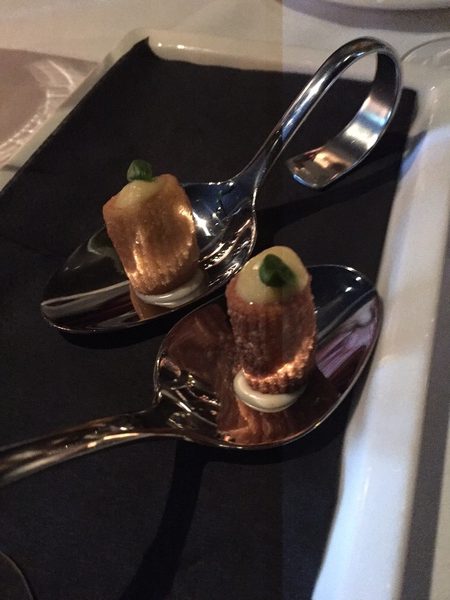 I made the school girl error of bringing the car and so left Kerry in charge of wine tasting for the evening. She very quickly struck up a dialogue with Silvio the head sommelier. He was extremely knowledgeable and we could both have quite happily listened to his charming conversation all evening.

We were both fascinated by the wine preserving machine in the restaurant called the enomatica, which allows Divino to offer some fabulous wines by the glass and ensure they are kept as fresh as they day they were opened. The machine replaces the oxygen in the bottle with nitrogen in order to keeps the wine at its best. With over 200 wines on the list I had to distract Kerry and get her back onto the food for the evening!

As a starter, the creamy mozzarella caught our attention and we both decided to try the ‘Burrata Pugliese’, which was accompanied by sundried tomatoes and crispy croutons. It was a generous sized dish and we both enjoyed the combination of ‘sunshine flavours’, with Kerry particularly savouring the extra creaminess of the mozzarella.

It could have been far too easy to both opt for the lamb for main, so I thought I should mix up the experience and select one of the other options. Although I am a huge fan of asparagus and risotto I was initially put off by the reference to a liquorice infusion. All of a sudden Bertie Basset and his multi-coloured sweets were coming to life, but I was rest assured that the infusion was very delicate and I would barely notice it. And they were absolutely right, if it had not been in print on the menu I would never have known. The asparagus and smooth risotto was very tasty and distracted me while Kerry had her carnivorous moment with rack of roasted lamb. This was served slightly pink against artichokes and an indulgent potato terrine – I had to get in quick at the start for my sample!

After the main course we were taken on a tour of the restaurant and shown their latest space – the conservatory – at the back of the restaurant. It felt slightly like the glass box in Chaopraya on the roof terrace, which cleverly made use of an outdoor area turning it into a practical year-round entertainment space that can endure the Scottish weather.

I loved the versatility of the Divino courtyard space and the fact it could be transformed from an informal drinks gathering to a wedding. We also liked the private dining room, which could seat around 18 people and was surrounded by lots of interesting bottles of wine.

On our return to the table our dessert and cheese had arrived. I had selected an orange scented cake with the hidden surprise of vanilla mascarpone in the middle. It looked like a brioche sitting in a ring of kumquat sauce, the tanginess of the sauce mixed with the mascarpone was very nice and although I felt pretty full by this point, I still managed to clear my plate. Meanwhile Kerry had an extensive selection of Italian cheeses, too many to remember, but all very nice and mostly recognisable. Pecorino with truffle featured alongside a favourite of Talleggio, as well as Gorgonzola. 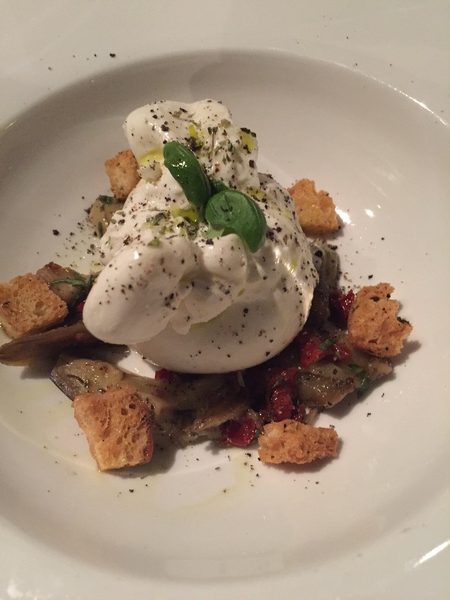 Despite being slightly late to meet at the restaurant we still managed to be almost the last table to leave, a record we seem to frequently achieve, which must be the sign of a good evening.