Chaophraya – Breakfast with a View

There’s no end of places to eat breakfast in Edinburgh but where do you go if you want one with a view and something just a little bit different? 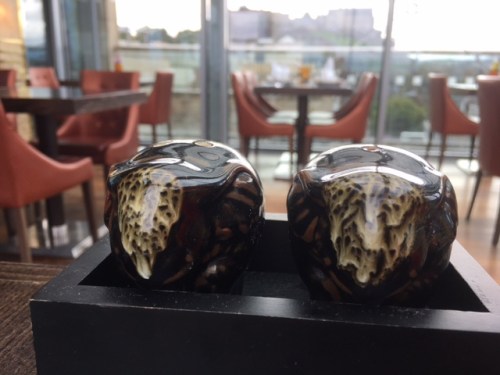 Already a fan of their Thai lunch and dinner menu, Chaophraya, has recently started to offer a breakfast menu, which I thought was worth a try. Situated on the 4th floor of an unimposing office block, this restaurant has breathtaking views out toward the Castle and the Firth of Forth, which are even better if you can ‘bag’ yourself one of the tables in their ‘glass box’, which has both vistas. 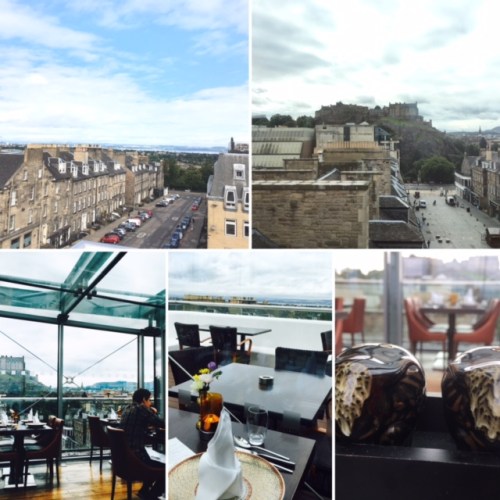 Served daily from 8-11am, this is breakfast with a Thai twist that has both savoury and sweet options, depending on what takes your fancy in the mornings.

There’s a lovely choice of Forte Tea loose leaf teas and some enticing Forte Tea Pyramids with flavours including White Ambrosia, White Ginger Pear, African Solstice, Ginger Lemongrass and Sencha, a green tea.  However on the morning I dined, a Sunday at the end of the Fringe, a coffee latte was required to wake me up, accompanied by a large mango juice, one of six different types on offer, including lychee. 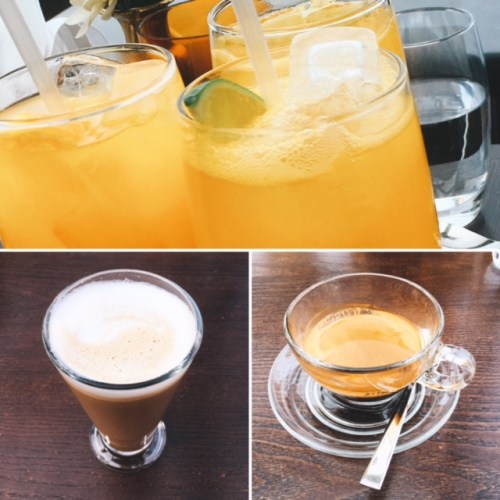 Already a fan of the breakfasts at Dishoom, which have an Indian twist, I opted for the Filled Thai Roti. Their Thai take on the classic breakfast sandwich, it’s possible to choose from two of the following with eggs, cooked the way you like; Asian sausage; streaky bacon; cherry tomatoes; black pudding and  spinach.  Additional fillings, over and above the two, cost £1. 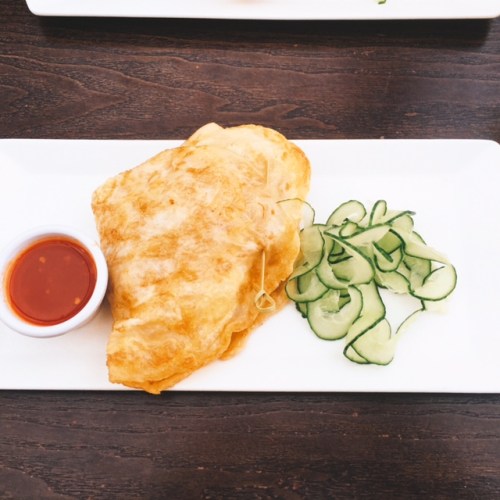 Breakfast with a Thai Twist, the filled roti

Pan-fried, the roti is a great alternative to accompany the breakfast staples and the addition of the pourable sweet chilli sauce, gave this breakfast ‘roll’ an added oomph!

My dining companion and I opted to share the coconut pancakes which come served with either banana and chocolate or mango and blueberry.  Sadly he won over with the choice of the former rather than the healthier latter, which I would have preferred. Made with coconut flour and coconut milk, these had the consistency of drop pancakes and were slightly stodgier rather than the lighter French-type crepe.  Cooked banana is always wrong in my opinion, and should be confined to Room 101, so next time, I’m going to be more insistent for my choice.  I wasn’t a fan of the pouring chocolate spread either, which reminded me of that sickly chocolate spread you ate as a child! 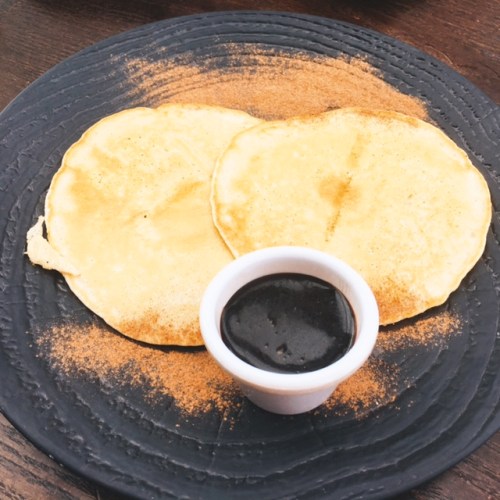 Other options on the menu include smashed avocado on sourdough bread, which seems to be making an appearance on most breakfast menus nowadays; Thai honey yoghurt; pan eggs, served with an Asian sausage, ham, ground pork, spring onion and sourdough bread (a vegetarian option is also available); and for the more health conscious, a mixed fruit platter, served Thai style, which I can only imagine would be beautifully carved and presented.

The most intriguing menu item is the Khao Tom Thai Rice Soup. Described as a traditional breakfast rice broth served with minced pork, chilli, fried shallots, tofu and lime, if they could lose the tofu, another ingredient I think should be confined to Room 101, I might be tempted to try on another occasion.

Service was a little on the slow side but they were busy with it being the end of the Festival. However if you want a restaurant with views to die for and breakfast with a difference where East meets West, Chaophraya is worth a visit.

Breakfast is served 8-11am daily.

Kerry dined as a guest of Chaophraya