Passage to India – A Hidden Gem

Indian is our favourite takeaway, and we’re loyal; always ordering from the same restaurant. But now I’ve been to Passage to India, it’s blown everything else out the water… 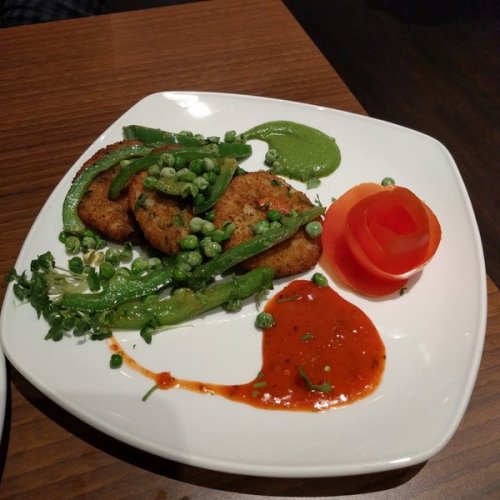 Off to a good start

Of course, eating in a restaurant is a different experience to takeaway, but even so: the flavours were clearly defined, delicate and fragrant. The sauces weren’t oily and the naan was the lightest I’ve ever had. I knew we were in good hands from the get go, with the poppadoms. The accompanying spiced onion and homemade lime pickle were immediately notable for their texture and rich, punchy taste.

And then there was our first starter… A vibrant green, the Hiralyi chicken tikka was marinated in a zingy herb pesto, and it was easily the best dish of the night. I could have eaten a bucket of that insanely moist chicken, with its delicious earthy coating; a taste I wouldn’t normally associate with Indian food. Lesson learned: don’t confuse heat with flavour – there’s so much more to Indian cooking than fireiness. 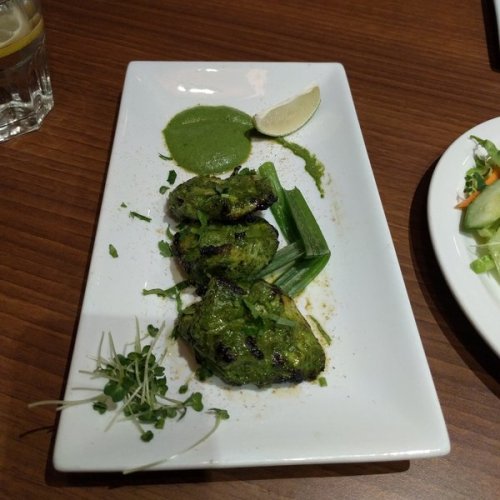 Of our other two starters, the spinach and potato patties were underwhelming in comparison, but the vegetable samosas were a classic made with love. From the spicing of the soft potato, to the thick crumbly pastry, every element was really well seasoned, providing a flavourful heat. 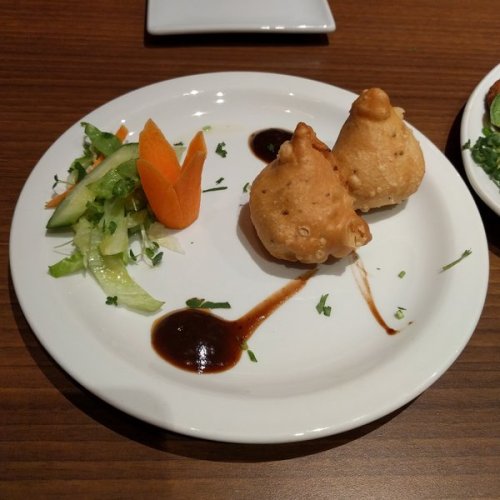 We took direction with all the mains and were not disappointed. As well as showcasing a selection of flavours, it made me think how much more varied Indian cuisine is than what I usually order. I was grateful to Raj and his team for that reminder. 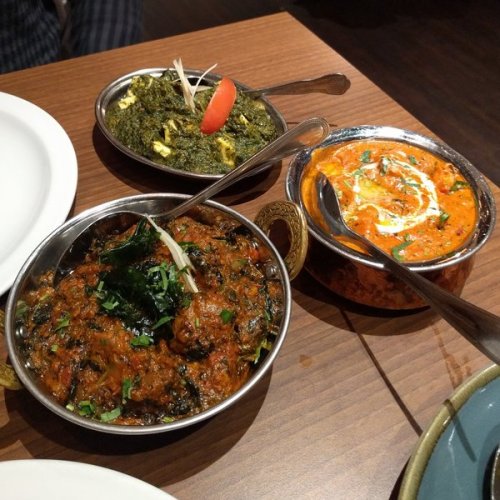 Particularly enjoyable was the butter chicken. More moist chunks, this time in a fragrant sauce made not with coconut but traditionally, with ground cashews. It was smooth and balanced with fresh herbs – nothing like the sweet, Heinz tomato soup sauce you typically get!

I liked the Saag Paneer just as much. A recent convert to the joys of paneer, this was particularly delicious for being homemade. It was not firm but soft, with charred edges, providing texture amongst the creamy spinach.

At the more savoury end of the spectrum, the Punjabi Mehti Gosht with lamb and fenugreek had a very deep flavour, and the lamb was mouth-wateringly tender. Best of all, it was not swimming in oil, as is sometimes the case with dishes in a thick, rich sauce.

The Hyderbadi Biryani with chicken and crispy onions was another a dish I’d not normally order, but this was aromatic, lightly spiced and far better than having plain rice. 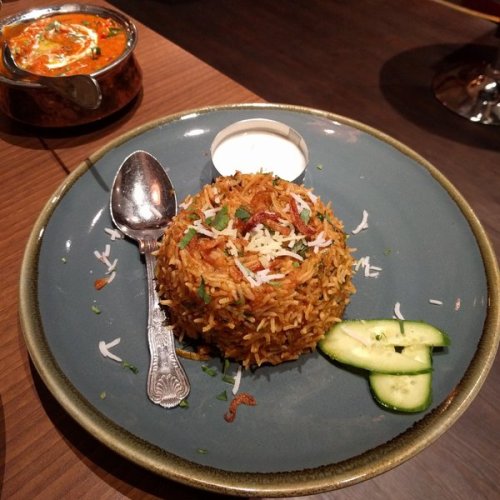 And then there was the naan. By far the best garlic naan I’ve ever had: unbelievably light and fluffy, with lots of garlic butter, without being greasy. It was a dream compared to our usual naan, which now in my mind is as tough as old boots. 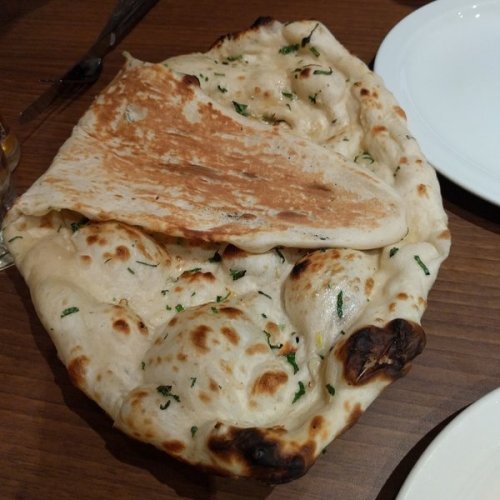 To round off, we couldn’t resist dessert. The gulab jaman, a small caramel-coloured oval of warm dough in syrup, wasn’t overly sweet, and was perfectly offset by melting vanilla ice cream. The Indian carrot cake was a lightly flavoured, thick paste, which we washed down with chai tea. 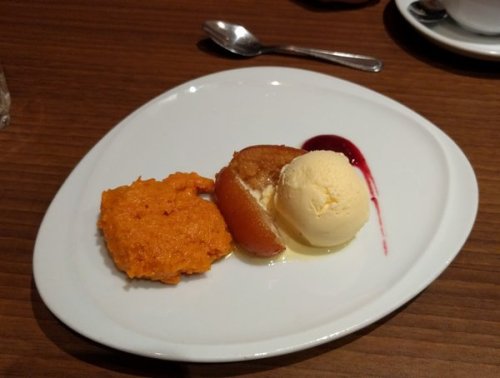 Overall, we were delighted by the authentic, genuine Punjabi dishes at Passage to India. All the food is made fresh from scratch, with attention to detail, by someone who knows their spices. It was great to hear how they make a base sauce for everything at the start of the day, and carefully flavour it with tomatoes, herbs, spices etc, according to the dish being served.

Mumbai Mansion and Navadhanya in Haymarket are the only places I’ve been that compare flavour-wise, but they are a much more high-end experience. It was nice to eat something as delicious in a more relaxed setting. So don’t be tempted by the bright lights and shiny interiors of other Indian restaurants on the same strip – appearance isn’t everything, and fast service does guarantee care and consideration for flavour.

Final words go to Raj and his team, who were cheerful, helpful and friendly. It was a pleasure to observe their great relationship with regulars, which to me suggests there’s something worth coming back for. But why don’t you find out for yourself?

Amy was a guest of Passage to India