I like food. I like flavours, textures, variety (thought I can eat noodle bowls for a week). Saying that, have a two-hour commute three days a week and I am trying to write a novel, so time is of the essence. I need every minute I can claw out of the day. Would a nutritionally complete shake be a good solution?

I decided to find out. 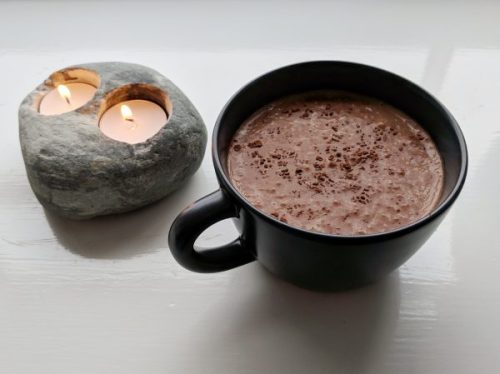 A small serving of water, cocoa and nutritionally rounded meal replacement. Not a spot of sugar or sweetener in sight.

A couple of years ago, I saw an advert for something that was called Soylent. It was a complete meal replacement system. The idea was that eating is too time consuming, fussy and difficult. With this, all you need is to make a shake three times a day and you’re covered: balanced nutrition in a powder.

Since then at least two similar products have come on the market, both vegan. I challenged Christopher to have shakes for a week and ordered a trial pack*. It comes in at less than £1.5 per meal so it’s cheaper than most solid meals we eat.

Proposition: swap meals for shakes for a week

The purpose of the powder isn’t to help you lose weight, although you can use it to bulk up or slim down. It’s purpose is to replace current meals. The first step, then, is to figure out your daily calorie need and estimate how much powder you need to fulfil that. I was working from home, meaning I was more sedentary than usual, and came in at a daily allowance of 9-10 scoops. That’s three each and a bit for breakfast, lunch and dinner. Easy-peasy.

We had two types of powder, plain and vanilla, and 9 trial flavour sachets. We also got a shaker (C already had one for the protein powder he occasionally takes) and a T-shirt. Yay! The literature suggested we ease in to allow our guts to get used to the potentially gaseous ingredients. We didn’t bother. Our diet is about 50% pulses so we figured our biota could take whatever pea- and oat-protein we throw at it. We were right. 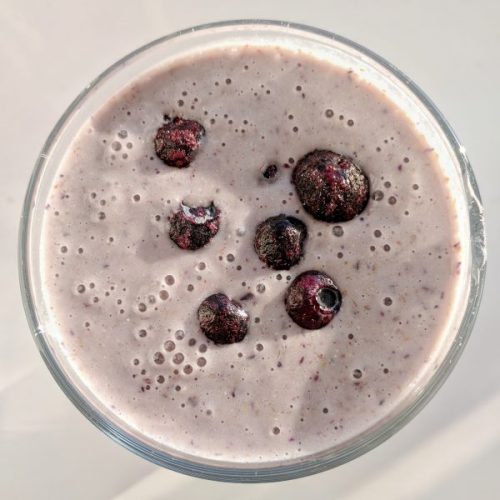 The way it’s meant to be consumed: water, powder, blueberries. OK. I added the blueberries.

Day 1: getting right in there

I started with the vanilla flavoured powder. For breakfast I flavoured my shake with mocha. Couldn’t taste it. Could taste the fake vanilla though. Not nice. For lunch, I tried turning it into a porridge with warm water and banana flavour. It was horrible.

For dinner, I had the unflavoured powder with water and cocoa. I drank it slowly, over half an hour or so, and it was palatable and more filling.

Mixed my breakfast powder into kefir because I was bored with the shakes. Tasted OK and had more substance, which felt like a good thing.

Dinner: another shake with added cocoa. This is my favourite way to have it.

Day 3: no cheating, much boredom

Breakfast lunch and dinner: vanilla powder all shook up with cocoa. Getting seriously bored now. Also hungry. A bunch of liquid doesn’t fill me up. Am drinking vast amount of water since that’s supposed to stave off cravings. It’s beginning to feel a lot like dieting.

Day 4: adding a little something

Broke my fast on kefir and powder, loving the kefir tang. Lunched on a icy concoction of water, powder and frozen raspberries that took several minutes to make. Dinned on plain powder in water with extra cocoa. 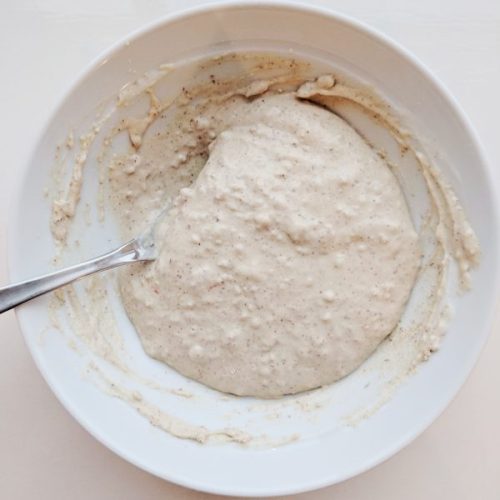 Day 5: getting off the wagon

Broke my fast on cashew milk, blueberries and plain. Then gave up on the whole experiment, had Wagamama raw salad and dumplings for lunch and went out for dinner.

Meal replacements are not for me. I can see the good: they save time, money and thought so when you’re very busy, it’s an easy go to. I’m pleased that you can get ones that sound fairly healthy, ones that are nutritionally balanced and plant-based. I have problems drinking my food (despite all the soup I eat) so found it really boring. As a side effect, I lost weight, which was pleasing. But not pleasing enough to make me continue.

Diets and meal replacements all claim they will keep you full between meals and their users are never, ever any kind of hungry. Lucky them. I don’t think there’s a food in the world that will keep me sated from breakfast to lunch. Porridge comes the closest but nothing does the trick.

Christopher found it easier than I did. The replacement powder worked well for him when he was working stupid hours because a 450 calorie serving of balanced powder feels better than 850 calories of greasy burger. Also, he went to shake breakfast and dinner and soup lunch after the first day. Variety = life spice.

We still have a lot of powder. I occasionally mix a couple of scoops with my kefir, Christopher takes some to work when he knows he’s going to work late. We’ll use up what we have but we’ll probably not buy more.

* For full disclosure, the powder I tried was Huel. It’s not their fault that I’m not a meal replacement person. I liked everything I could like about this powder – including the free T-shirt – it’s just not something I think I need in my life. There are other complete nutritional meal replacements out there, like Ambronite and, yes, its’ a thing, Soylent. The outcome would have been the same if Id tried one of them.