No. 8 Lister Square – Steak and Shake

No. 8 Lister Square wasn’t somewhere that had caught my attention so when the Edinburgh Foody gang got an invitation to try out their new Steak and Shake offering, I jumped at the chance. 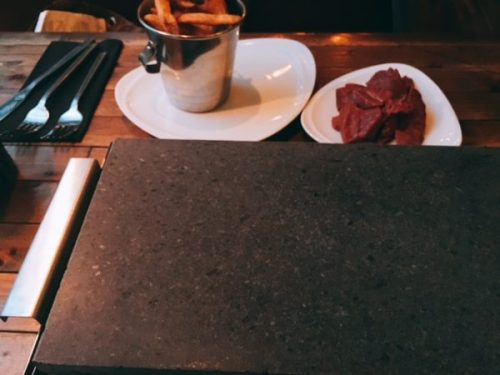 This gastrobar  is hidden in the heart of the so-called cosmopolitan Quartermile, an area of Edinburgh I sadly don’t frequent very much but this could now change. 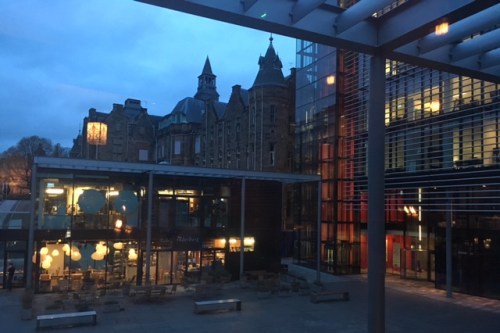 What a view – overlooking Quarter Mile

There seems to be lots going on at No. 8 during the week, with live music on Mondays, Wednesdays and Thursdays and a Quiz Night on Tuesdays, Gin o’clock on Fridays, games, bites and drinks on Saturdays and a roast on Sundays. 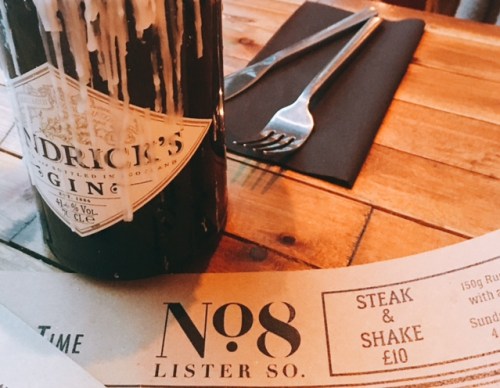 When I arrived, musician Damien Casey-Boyce was belting out his tunes on the guitar downstairs.  I know I was invited for Steak and Shake but I thought it might be me who would end up shaking my finger at the lovely Damien to sort out the volume.

Don’t get me wrong, I’m the first person to love live music but if I’m out for the evening, I want to be able to have a conversation with my fellow diners. However the lovely bar staff quickly ushered us upstairs to a table and assured me it was a lot quieter in the restaurant area. It was.

The Steak and Shake menu is available 4pm-7pm from Sunday to Thursday and is a reasonable £10. It’s a theatrical performance as you cook the steak yourself at the table on an extremely hot stone. 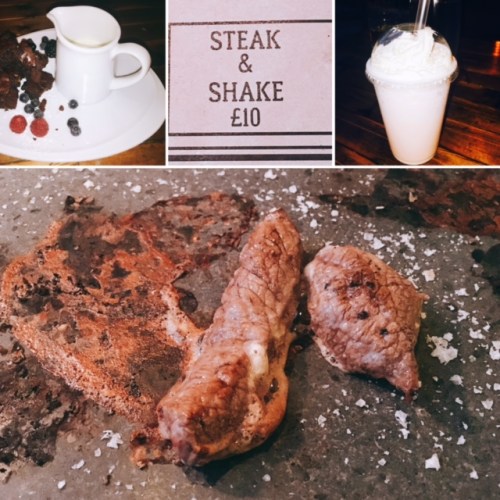 Our lovely waiter brought the two plates of 150g of rump steak sliced to the table, with a bucket of  hand-cut chips each. This was then followed by the hot stone. He also brought a small saucer of sea salt, which he helpfully explained we should sprinkle over the hot stone and then start cooking the beef, a couple of pieces at a time.

Cooking on hot rocks or stone is one of the oldest methods of cooking and I love this method. I’ve holidayed in Portugal many times and this is on many of the restaurants’ menus. Using minimal oil and no fats means it’s relatively healthy and all you taste is the delicious steak, cooked to your liking, by you. 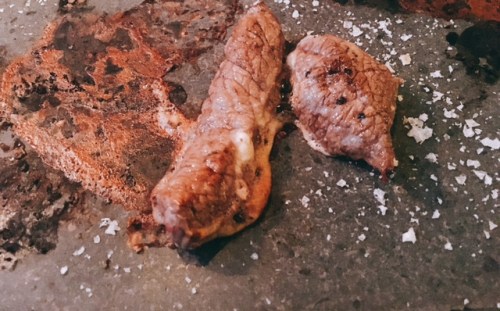 I fed back to the team that it would have been good to have some accompaniments on offer such as mustard, garlic mayonnaise or even some flavoured butters to serve over your steak once it is cooked, rather than using it as a cooking fat, which would only burn as the stones are too hot.

To drink, there are a choice of three milkshakes; vanilla, strawberry and chocolate. I don’t think I’d drunk a shake since my teens and student days and then only those horrible sickly sweet, thick ones from that burger chain we won’t mention and I’ve stayed away from them ever since! 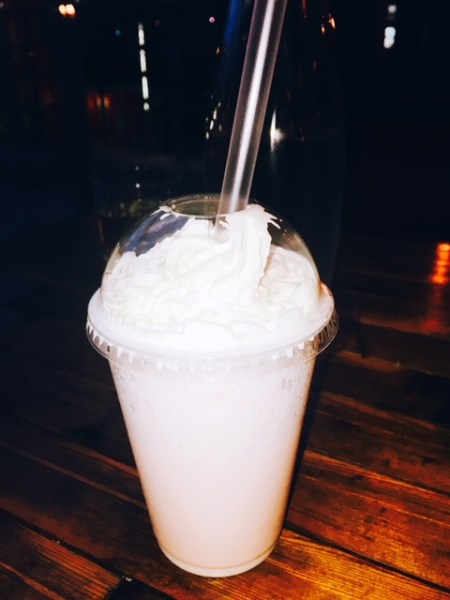 I tried the strawberry shake but I had shake envy, as I think I preferred my dining partner’s vanilla one. They are all freshly made and not too sweet either so if your taste-buds have grown-up, as mine have, check these out. It makes for a rather guilt-free night, drinking no alcohol.

For dessert, we shared a plate of warm chocolate and stem ginger brownie bites with some berries; so it wasn’t such a guilt-free night after all. These were really delicious, with the ginger giving them that edge. 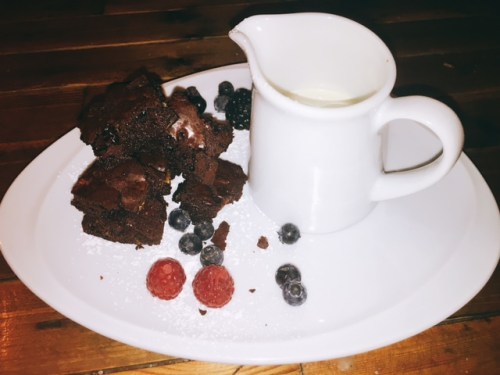 Warm chocolate and stem ginger brownie bites are a winner

The rest 0f No.8 Lister Square’s menu looks really interesting and I spied some really delicious looking flat-breads being served to some of the other tables. They also have some cracking student discounts if you’re young enough to count yourself as one of them. Sadly I’m not.

Now No.8 is on my radar, I’ll certainly be back. It’s close enough to the Festival Theatre so handy for theatre-goers and I’ll also be popping in for one of those flat-breads during the Fringe, being so close to George Square.  It’s also got an outside drinking area – great if the weather’s good. 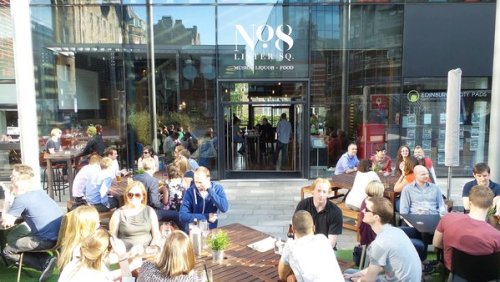 Kerry ate as a guest of No. 8 Lister Square