One of Edinburgh’s oldest independent catering companies, Appetite Events, celebrated 15 years in the business with a sleek new rebrand and a rather spectacular party in the grandeur of the Assembly Rooms.    EdinburghFoody was lucky enough to be invited along with her partners in crime, The Social Bitches, one of whom, Derek, was celebrating a rather big birthday too.

The room looked dramatic with its amazing chandeliers and decorate with trees, bathed in pink light.   The latter  though wasn’t necessarily conducive to taking the best photographs of the delicious canapés, which were endless. We were suitably satiated at the end of the evening, which makes a change from your average canapé party. 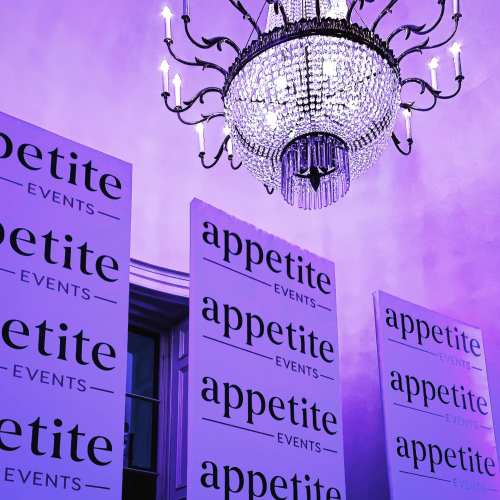 My favourite canapés were the boneless buttermilk chicken wings, the Isle of Mull Cheelar and Arran Mustard Beignets, puff gougere puffs which oozzed a tasty filling of cheese and the pigs cheeks on slaw.   The long table of a forest of desserts was also rather spectacular with the bite size lemon and raspberry tarts being the winning dessert in my eyes.   I wasn’t sure about the chocolate and avocado mousse though but I’m glad I had the opportunity to try it. 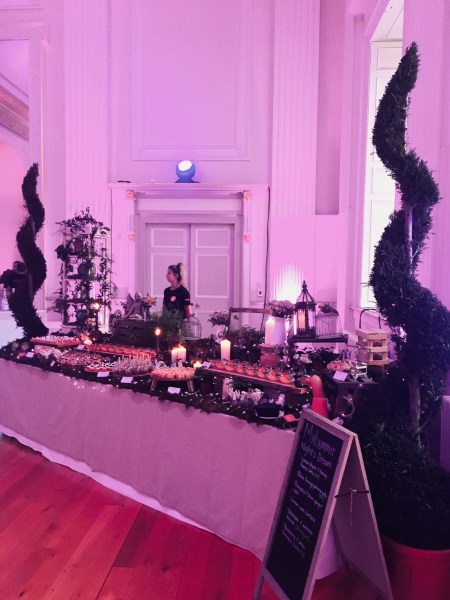 Appetite Events pulled out the stops with a forest of desserts

Champagne, wine and gin and tonics, courtesy of Lind & Lime gin, were flowing all night too, which made for a rather sore head in the morning but we were celebrating two occasions after all. 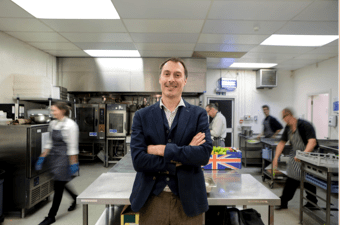 Established in 2003 as Appetite Direct, Appetite Events is based in Newhaven, Edinburgh and brings together decades of combined experience, the very best local and seasonal ingredients, an ethical approach and exquisite service to create corporate and private events in some of the finest venues across Scotland, as well as bespoke catering for weddings. The company has doubled the number of weddings they’ve organised in the last 12 months.

As part of Appetite Events’ ethical approach it has developed long term partnerships with a number of charity partners. This has included the coordination and delivery of Edinburgh’s Crisis at Christmas for the past 5 years, providing 1,400 hot meals to homeless people over the Christmas period in 2017 with similar volumes expected this year. In addition, the company works with local schools to provide work experience for young people and has provided placements and employment for the homeless. As part of its environmental commitment, Appetite Events works with and promotes local suppliers and growers, supports small businesses and works with ethical partners such as Changeworks and Vegware to ensure a minimal environmental impact.  Summer 2018 has seen the development of the company’s own garden, providing vegetables, salad and edible flowers to support their events.