Edinburgh Foody’s been going since 2010. It’s been wonderful to be part of Edinburgh’s ever-changing dining and food scene for the last decade. We have had so much fun, met so many people, ate so much food. 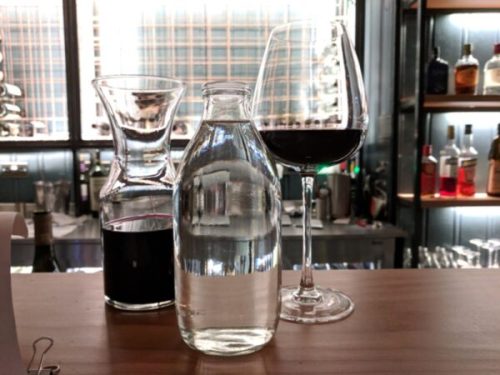 I’d like to pour you all a drink to say thank you for the last 10 years. What a decade!

Danielle Ellis started Edinburgh Foody in spring 2010, then I came on a couple of months later, Amy joined in 2014. Then when Danielle moved to Gloucestershire in 2016, Kerry and Nikki joined us. Our latest team mate is Maureen who started writing seasonal recipes for us last year. Over the years we’ve seen various guest writers, MJ and Blythe from LunchQuest, Slaine, Sophie, Vohn, Caroline (Rye), Kirsti. I’ve even bullied Christopher into contributing. When the current team last met we talked about a 10 year party: ten days later, the country went into lockdown.

I have, personally, learned so much about the various industries we’ve touched on, from tourism to whisky, through beer to restaurants and catering, even farming, baking, cheese making and fermentation. I eat and cook differently because of Edinburgh Foody. But it’s time for a break.

In the last few months the world changed. We don’t yet know what that means for Edinburgh’s hospitality industry. We want to continue support that industry – with our wallets and our voices – like we want to support its many suppliers. To that end, we’ll continue to post on Instagram and Twitter but we won’t be posting blog posts regularly for the next little while.

Meanwhile, if you’re looking for food writers for other projects, you can find us here:

I (Caroline) will continue to monitor Edinburgh Foody email. My direct email is caroline@edinburghfoody.com.