I was lucky enough to dine at Mark Hix‘s restaurant in London recently. His passion for sourcing local ingredients for each and every dish and drink is extraordinary!  For us home cooks though, some ingredients are just plain difficult to replace and up until fairly recently, I would have suggested olive oil was one of them. 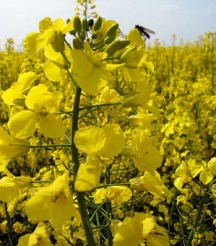 The alternative came from an unlikely source – the yellow fields that adorn the Scottish countryside each year. It was never very clear what the fields were for. Then Oleifera burst onto the scene in 2005, the first Scottish rapeseed oil producer. At last we had a true alternative to olive oil.  It’s an oil worth getting to know – quite different to olive oil, but it really goes well in many dishes, 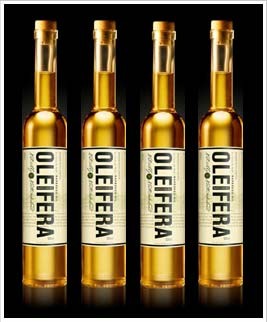 Tilly Fuller from Culinary Oils  told me about the company. “The business has grown from small beginnings. Today, as a farming group we cover a huge 17,000 acres of diverse and spectacular British countryside from the Scottish Borders to the Lincolnshire Wolds. Our co-operative brings together a group of like-minded farmers all working together with the shared desire to bring British produce to our dining tables. Every aspect is traceable.  We can tell you the name of the man who planted the seed, the name and exact location of the field in which it was planted, how many inches of rain fell on the seed and even the names of the people who drove the tractors at harvest time!

As a group, there was a shared desire to trade beyond the farm gate and create a product for consumers that was a great alternative to imported oils. Very experienced in growing rapeseed, it was a natural choice and as a product

We are greatly encouraged and inspired by the growing desire of British people to choose great quality locally grown products over imported alternatives. Cold pressed rapeseed oil is fast becoming the culinary oil of choice for many of the country’s top chefs

We are looking forward to encouraging more people to try the best home-grown alternative to other culinary oils and educating them about all the benefits of using Oleifera – we have some exciting plans afoot with chefs and restaurateurs to encourage locally grown oil to be used in our best eateries”. (Ed: Do tell us more …).

Look out for Brilliant Borders, Naturally Northumberland and Essentially English – the three oils produced by the group – each subtly different.

You can buy Oleifera at Dobbies in Lasswade or Kitchener’s Deli in Portobello or online (including catering size). Oleifera will also be at ScotHot in March.

Do you use rapeseed oil? Write a comment for the chance to win a bottle of Oleifera (UK only)

As for using the oil, Oleifera have some great recipes on their website. I also rather fancy Kenny Atkinson’s sea bream.  Kenny’s cooking is wonderful, I had the opportunity to eat at his previous restaurant Seaham Hall and can’t wait to go to his new one, Rockliffe Hall. Another great standard is Hugh Fearnley Whittingstall‘s rapeseed mayonnaise – this is one of Tilly’s favourites: “Try homemade Oleifera rapeseed oil mayonnaise with roasted (in Oleifera) potato wedges with locally line caught fish Yum!”