I guess we’ve all been there. We’ve bought something from a well known kitchen store that claims to solve that problem you didn’t really know you had. After a few uses, it sits in the drawer and you forget about it. 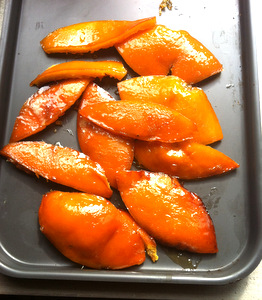 Having been in France for a few months, I’ve missed many things from my kitchen. The first place I stayed, there was literally nothing more than a few very basic items. I had fun going to the Brocante (car boot sales) and purchasing a few items.  I’m on a strict budget! My best bargain had to be a brand new pressure cooker still in its box for a faction of the price. Yes, I am a pressure cooker girl. I couldn’t be without mine for soups and stocks.

Curiously though, there were things I just couldn’t find. Perhaps no one wanted to get rid of their pepper grinder? I never found a garlic press or a pestle and mortar. I’m picturing these as essential items in a French kitchen!

My second rental place is the opposite. Madame G has stocked her house with almost everything I could wish for. I’ve been having fun using some of the machines. There’s a nifty little electric chopper but no food processor. The ice cream maker I couldn’t make work – it’s the sort you put in the freezer and it churns, but it never seemed to get cold enough. I looked all over for the attachments for the Kenwood, having to resort to sending her a text message to ask where I’d find them. The only place I hadn’t looked of course.

I had a trip home in August. An ideal opportunity to bring back a few things. Viners had also kindly send me a few items to try, so they came back too. 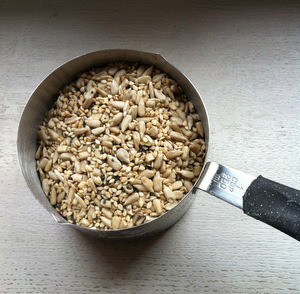 Measuring out the seeds for my muesli recipe

Baking trays. Madame has none in her kitchen. I can’t quite imagine how she manages as she’s obviously quite a cook. I never seem to have enough and run out when I’m cooking. At home, mine mostly have no edges, the one Viners supplied has – it’s proved a boon to stop those juices running away. I love the fact that it’s really solid. Just check they fit in your oven. A friend was most disconcerted when she moved house recently that her favourite pan wouldn’t fit in the oven!

Jam Thermometer. As you’ll know from recent posts, I’ve been making the most of the wonderful fruit here. But for me digital thermometers and hot jam just do not work – the old fashioned way is best. 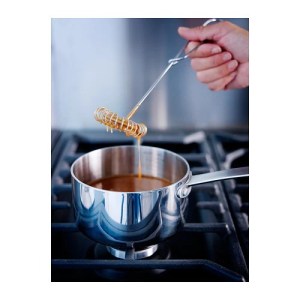 Curly whisk. What is the correct name for these? I find mine indispensible for getting rid of lumbs out of sauces. They cost next to nothing at Ikea.

Cup measures. I never quite realised how often I used my cup measures (mostly for following American recipes). Suffice to say I refuse to measure butter in cups, but it’s great for dry items such as my muesli recipe. Viners’ ones have silicon on the handles which is very useful. 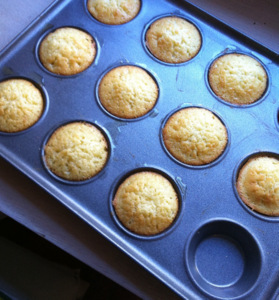 A tin for buns or fairy cakes. I have got silicon trays, but I always seem to return to the metal ones. No more flopping about with the silicon, just a nice solid base. A tip I learned recently, was to use the trays to freeze small amounts of stock or sauces. Just line with cling film, pour in and freeze. You can then place individual portions into a plastic freezer bag for storage. One of those “Huh why hadn’t I thought of that” things.

What am I still missing? I have seen so many old fashioned coffee grinders (wooden box, handle on top) I have almost been tempted to buy one to see if it would grind spices. Either a pestle and mortar or an electric grinder would make life complete! 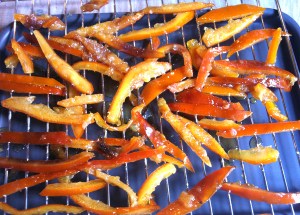 The inspiration for this recipe came from an experiment at Breadwinner Bakery. Lionel described how he made candied peel and how he was going to try it in a Danish pastry. I clearly remember him saying how important it was to drain and cook the peel three times. So taking Bright Eyed Baker’s recipe as inspiration, here is my version. To use it in a Danish pastry or similar, you need to process it to a puree adding a little water if necessary. 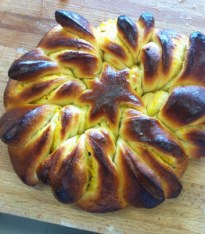 Save Print
Preparation time
10 mins
Cooking time
2 hours
Total time
2 hours 10 mins
This really is simple to make, it just takes time. The candied peel will be a superb addition to your Christmas pudding or Christmas Cake. If you chop it in a food processor to a puree, it makes a fabulous filling for Danish Pastries. You don't need the fruit of the orange for this recipe.
Author: Edinburgh Foody
Recipe type: Jams, confectionary
Cuisine: British
Serves: 200 gr
Ingredients
Instructions
3.2.2807
This would be a great addition to your Christmas Cake, Mincemeat or Christmas pudding. You can also use lemons to make candied peel in the same way.

Thank you to Viners for supplying the cake and baking tins and the cup measures.