I’m a firm believer in trying to use up store cupboard ingredients and this dessert was just that – using up a surplus of cooking apples, some sultanas, a bottle of Pedro Ximénez sherry and some ready made crumble mix I had in the freezer.

The latter is something I often have on standby. It’s easy to make and freezes well – meaning that you can double up the quantities and freeze any surplus. It can then be simply used to top some fruit and bake in the oven for a quick dessert. 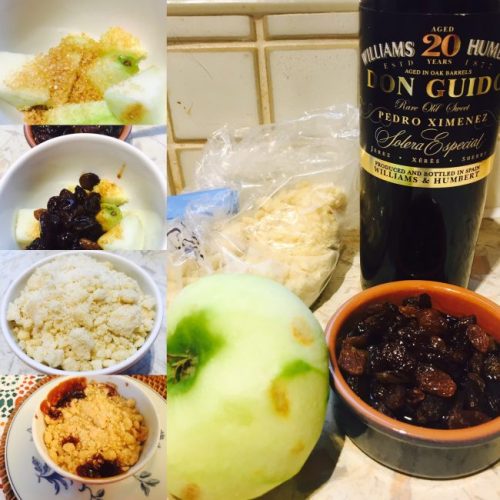 I’m very lazy so I tend to make my crumble using a food processor but it can just as easily be made by hand. And if you have little people around, it’s great to get them involved. 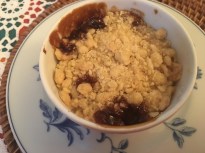 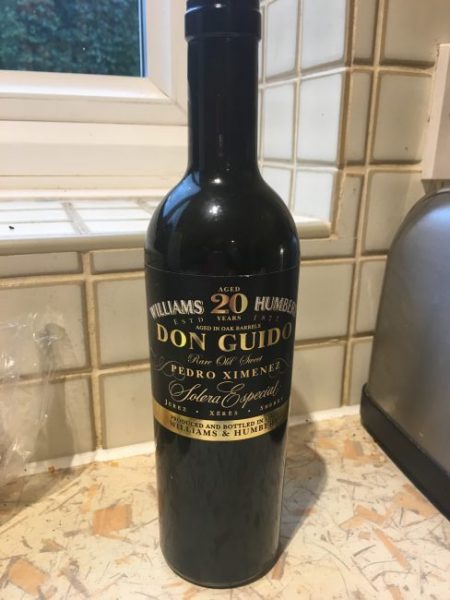 It is used to produce an intensely sweet, dark, dessert sherry.  It is made by drying the grapes under the hot sun, concentrating the sweetness, which are then used to create a thick, black liquid with a strong taste of raisins and molasses that is fortified and aged in solera. It tastes like Christmas in a bottle.

I was once given a wonderful bottle of this drink as a birthday present, along with a fantastic book on cooking with sherry. One of the suggested ways to use, other than drinking, is to soak some sultanas in the sherry and then serve this along side some vanilla ice-cream. Try it. You won’t be disappointed. 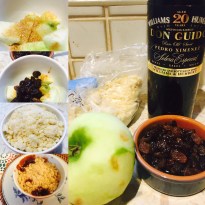