Birthdays are a time for celebration, some would say but when you hit a significant number the birthday wishes come in all sorts of disguises.

The first came from an old colleague who represents ScotRail asking whether I would like a ScotRail Club 50 card, with a view to taking a trip somewhere and the second came from NHS Lothian inviting me for  a health check! There’s nothing like rubbing in what age you are then!

So rather than getting depressed I set about organising a trip somewhere. Pitlochry seemed like a good choice as I could combine travel with culture and some food too, ticking lots of boxes.

The annual Winter Words Festival was on at the rather quaint Pitlochry Festival Theatre with the opportunity to attend a literary lunch to hear Clover Stroud talk about her new book, The Wild Other. 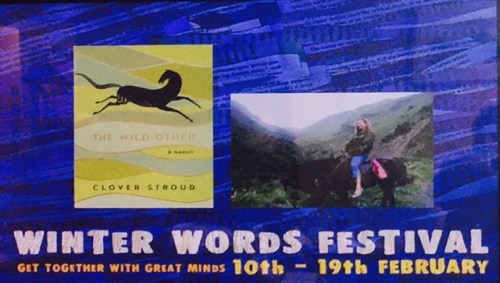 Pitlochry Winter Words Festival – Get Together With Great Minds

With my Club 50 card in hand, my travel companion Elly and I boarded our ScotRail train at Waverly. Club 50 has launched a new £17 flat fare offer giving passengers over 50 the luxury of travel at a cheaper rate. For just £17, passengers can get return travel tickets anywhere in Scotland from now until 16 March 2017. The offer is restricted to two tickets per member, although all passengers travelling must be Club 50 members, which Elly also is.

The journey from Edinburgh to Pitlochry (1hr 47m) is very scenic, taking you over the expanse of the Firth of Forth, passing through Markinch, Perth, Dunkeld and Birnam before reaching the quaint station of Pitlochry. 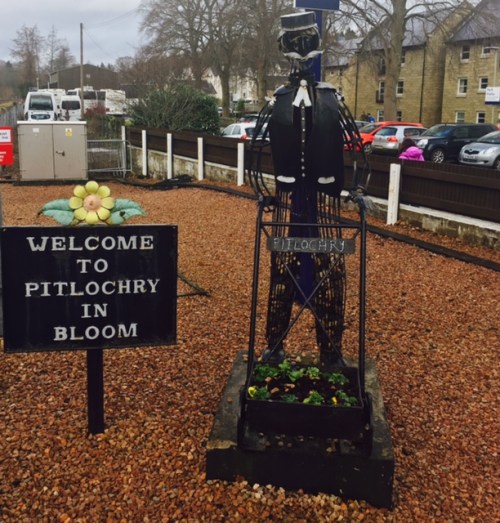 Members’ benefits of a Club 50 include ticket discounts, exclusive offers and free refreshments. ‘Show your Club 50 card and ticket on board’ says the marketing material ‘to claim a Club 50 cake and choice of a still or sparkling water or orange juice from our first class tray.’

Unfortunately our Customer Service Assistant ‘A’, begged to differ. First I could only have a still water and there hadn’t been the Club 50 cakes available for over a year. Safe to say she seemed to be having a bad day!

We fared better on our return journey with a much more amenable conductor who produced the last bottle of sparkling water available. The cakes were still off the menu though. I did query this with ScotRail and they informed me that the cakes are still being produced but due to limited trolley space are subject to availability – so persevere and let me know if you have better luck.

Arriving at the rather quaint Pitlochry station, we finally found a taxi to Pitlochry Theatre. It is walkable but we were running late.

Our literary lunch was a set menu of grilled loin of North Sea cod, with a tomato and fennel ragout, new potatoes a green beans, with a dessert of a trio of chocolate mousse terrine. With my fish allergy, I had rung ahead and was offered the dish of the day, a lamb hotpot, served with potatoes and green beans. It was over-seasoned for my taste buds but the chocolate mousse was a delight. 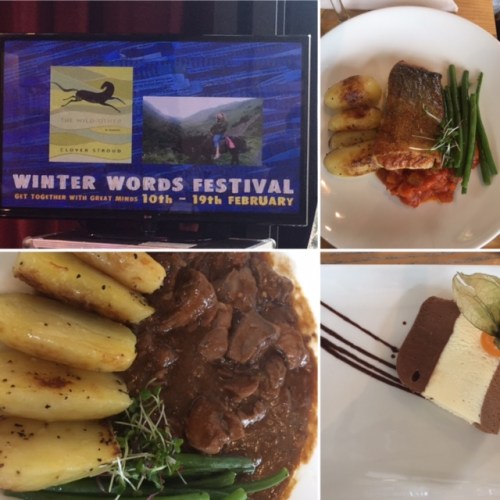 Clover Stroud then talked about her new book, The Wild Other. Launched only the week before, this was her first public speaking engagement at the Winter Words Festival.

It was a trip to the Kelpies a couple of years ago, something she described as ‘awe-inspiring, energetic twists of metal’, that inspired her to recount the story of her mother’s accident, 22 years after it had happened and after her mother had finally died. 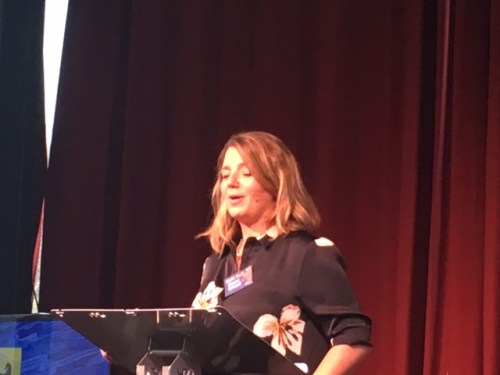 Clover Stroud talked about her new book ‘The Wild Other’

Aged just 16, she set out on a remarkable journey in search of a sense of home which had been so savagely ripped from her.

Travelling from gypsy camps in Ireland, to the rodeos of West Texas and then into Russia’s war-torn Caucasus, Clover eventually found her way back to England’s lyrical Vale of the White Horse.

The Wild Other is Clover’s account of love, loss, family and the healing strength of nature, and especially her relationship with the horse and how it formed her passport into other worlds, where she could be wild.

Written when pregnant with her fifth child Lester, she said there was nothing like an impending birth to make sure she wrote quickly. The book finished two weeks before the birth of Lester has helped her understand her wildness, making sense of it.

After the literary lunch, Elly and I walked to our country house hotel, Pine Trees, via Pitlochry.

Primarily a holiday destination, Pitlochry is really one street town, with eateries, coffee, Tweed and outdoor wear shops, and a few delis.

Elly, who worked in the wine industry, also spied the well stocked Drinksmonger off-licence, with its comprehensive wines and spirits selection. The whiskies stocked are worth checking out. 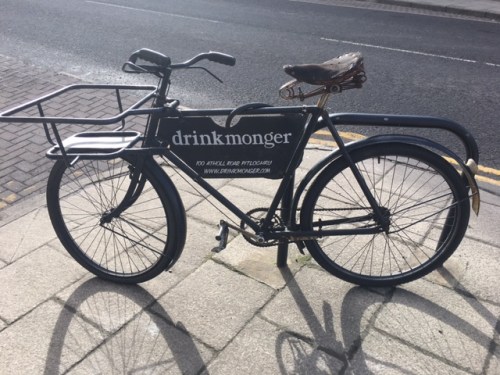 Drinksmonger has some seriously good wines, whiskies and spirits with friendly staff

Edradour, the smallest distillery in Scotland

Sadly I didn’t have a chance this time to visit Edradour, world renowned as the smallest traditional distillery in Scotland and arguably the most unique, which is just outside the town centre. It’s worth a visit but it does need a car to get to. Dating back to 1825, Edradour, stands alone as the last stronghold of handmade single malt whisky from a farm distillery still in production today.

After a wee siesta, Elly and I headed out for dinner to Caffe Scozia.

Pitlochry’s newest and exclusive Italian restaurant, it serves fine Italian and traditional foods, from 10am until 10pm seven days per week.

This isn’t exactly fine dining but the food was tasty and hearty and they also cater for customers who require a gluten free option. It would have been perfect if you had ‘come off the hill’ and were looking for some carbs but we hadn’t. We left feeling rather full.

We shared an Anti Pasti starter (£14.40) and for mains I had the Penne Scozia Pasta (£11.95), whilst Elly opted a Bisteca Grilla Ribeye, which was more on the medium side than the rare requested. With two drinks each, the bill, with a tip, came to just over £80. 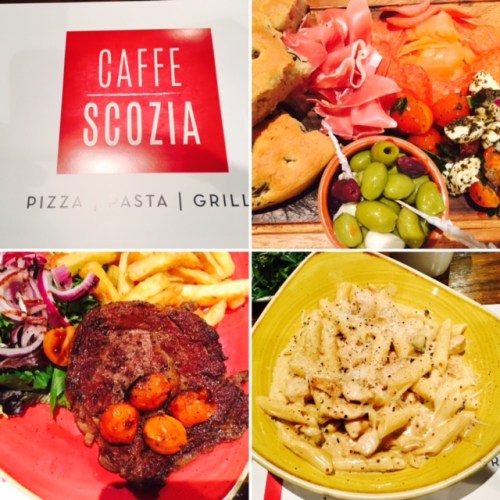 Caffe Scozia – good for filling up on carbs

We enjoyed the comedic spectacle of the various kitchen staff running between McKays Hotel, Bar and Restaurant, across the road and ours, returning with what looked like portions of chips or a takeaway. There were at least three to four departures throughout the evening and we had great fun surmising exactly what was going on.

If you’re looking for a trip away from the big smoke, are of a significant age, you can’t go far wrong with a weekend trip to Pitlochry. And if you like the outdoors, there’s lots of lovely walks too. Just don’t go expecting a gourmet experience or a town that rocks at night!

Kerry travelled as a guest of ScotRail and Club50. Thank you to the Pitlochry Festival Theatre and Caffe Scozia too for their hospitality.