We’re so lucky in Edinburgh to have such a choice of restaurants. However, whilst the EdinburghFoody team are constantly inundated with invites, I almost hate to admit I’d never previously eaten at Gusto, despite my 17 years living in the city.

It wasn’t for any particular reason or the fact that it is part of a chain either; it just hadn’t been on my radar. This was soon rectified when we were invited to sample their summer menu. 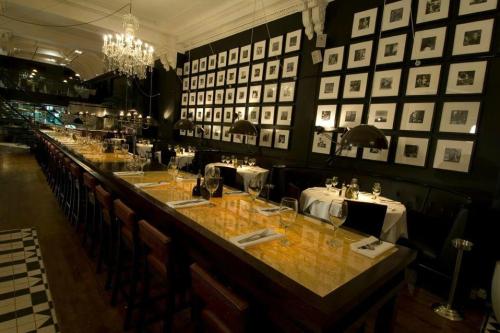 With 18 restaurants across the UK, each Gusto has their own individual style. As they say on their website, ‘Gusto is all about making the everyday exquisite’ and also that ‘People who love to eat are always the best people’. I definitely agree with the latter.

Conveniently situated at the west end of Edinburgh’s George Street, it’s a large space with a large bar, banquettes (great if you nab one of the outside spaces; a pain if you’re sandwiched in the middle!), a central dining bench and other tables for two to four. It also has a mezzanine level too, which they open up, especially at weekends and other busy periods.

Arriving for an early supper at 6pm on Tuesday, the restaurant had a mix of dining clientele including groups of girls catching up and families with both young and teenage children. I meanwhile was dining with two other food bloggers, Derek of The Wee Review and Isaac of Social Bitches. These are certainly boys about town.

The Gusto staff are enthusiastic and attentive. Our waitress recommended a selection of their cocktails. A fan of the long pours, I opted for the Raspberry and Rosemary Sling – Monkey Shoulder, Chambord, Disaronno, rosemary and apple juice and lemon juice. The boys chose an Espresso Martini and a Cherry and Coconut Sour. 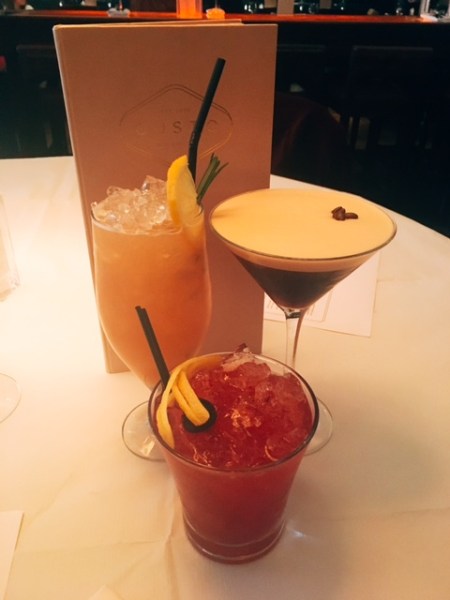 A trio of cocktails

Gusto’s menu serves classic Italian bistro, with salads, pizzas, pastas and risottos, 28 Day Aged Premium Steaks and a selection of other mains, including fish. Their lunch courses are reasonably price at £12.95 for 2 courses and £14.95 for 3 courses, whilst dinner is £16.95 and £19.95 respectively. They even have a kid’s menu, with the option for kids to make their own pizza until 6pm.

We were here to sample their new summer offerings and Jennifer had chosen a selection of starters, mains and desserts to represent their offering.

Isaac chose the Meat Board of prosciutto ham, salami soppressa and copa served with toasted bread, whilst Derek and I were tempted by the sound of the Fondue Board of truffled Toma cheese fondue, served in individual copper saucepans, served with celery, carrot and artisan bread. I think I was trying to kid myself it was healthy with some of my five a day, which it was but it wasn’t that healthy with the addition of melted cheese. It was delicious though. 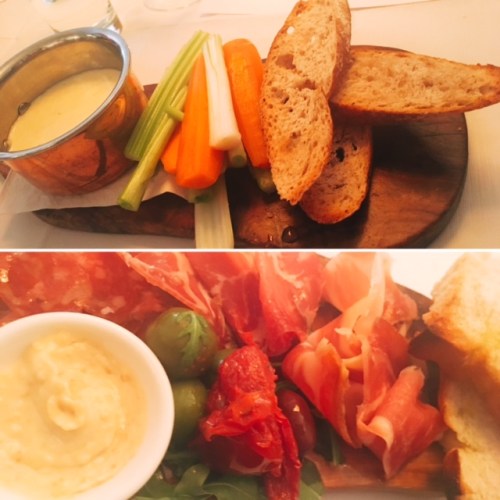 Starters – The Fondue Board, the Meat Board

For mains, we were all very unoriginal and chose the same, a Pan Roasted Duck Breast with braised fennel and orange. Cooked to perfection and served pink, as requested, this was on the healthier side but I would have liked some carbs but that’s a personal preference. 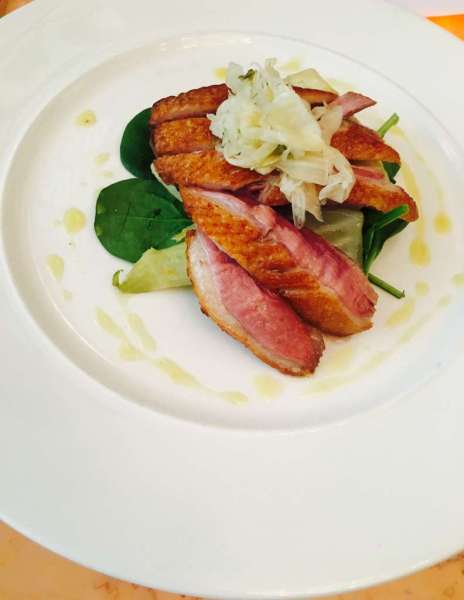 Duck with braised fennel and orange

Of the three desserts of panna cotta, Gusto’s tiramisu, homemade to their own secret recipe apparently and the cheese board of goat’s cheese, dolcelatte and smoked provola, I went for the latter. It was beautifully yet simply presented with some honey, walnuts and crackers. 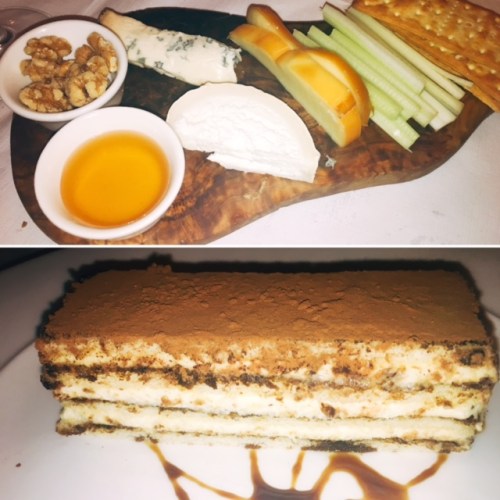 Desserts – The Cheese Board and Gusto Tiramisu

Gusto is definitely worth a visit and with its proximity to Charlotte Square, will be a perfect dining location for anyone attending the Book Festival this summer. It’s one of those restaurants that certainly has something to suit all tastes and indeed ages and if I’m dining with any of my eight god-children, I think the make your own pizza will be a definite winner, although that’s one menu choice I’ll be passing on.

Kerry ate as a guest of Gusto