In fact, I’m going to make a pretty controversial statement – I don’t particularly like champagne. I’ve always joked with my friends that I’m cheap date and that drinking champagne is wasted on me and I’d rather buy three or four bottles of a good wine or Prosecco for the equivalent price. 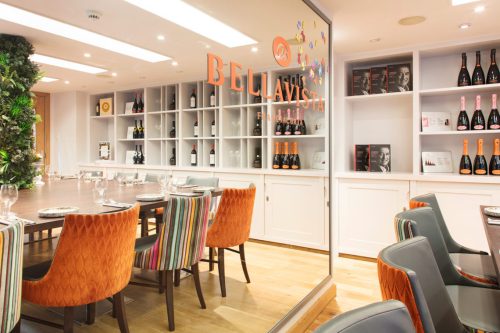 Whilst I know this is a mass sweeping generalisation, it has less to do with the cost of the champagne but the fact that it causes me dreadful heartburn, which I’d rather avoid, due to its acidity.

Yes I know there are some champagnes with more residual sugar, like Tattinger, which I actually find very palatable or even a Blanc des Blancs, which is made purely from the Chardonnay grape rather than the traditional Pinot Noir, Pinot Meunier and Chardonnay but many of my friends wouldn’t touch a Blanc des Blancs,  based purely on the fact that they hate Chardonnay. It takes all sorts, I suppose.

I now have a new challenge for my friends and that’s to widen their horizons and to try a Franciacorta, instead of a glass of Champagne.

Franciacorta is a sparkling wine from the Province of Brescia (Lombardy) with DOCG status produced from grapes grown within the boundaries of the territory of Franciacorta, on the hills located between the southern shore of Lake Iseo and the city of Brescia. It was awarded DOC status in 1967, the designation then also including red and white still wines. Since 1995 the DOCG classification has applied exclusively to the sparkling wines of the area. 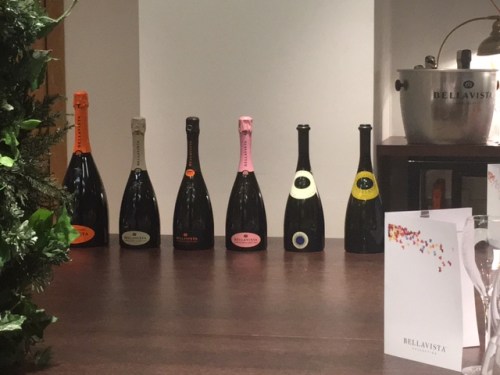 You may not be familiar with Franciacorta just yet;  90% is currently sold in Italy, where it has been outselling Champagne for the last couple of years, but I predict great things for this wine, especially now that Edinburgh’s Contini George Street has recently launched the Bellavista Room in the basement of their flagship restaurant.

The Continis have been championing this brand for some years now and selling it as an alternative to Champagne and their belief in this sparkling wine has led to the opening of the Bellavista Room.

Created in partnership with leading Italian Franciacorta producer Bellavista, this exclusive private dining space,  is a beautiful space in which to enjoy this sparkling Lombardian wine. The room is available for private lunches, dinners and events, and seats up to 18 people.

Bellavista meaning ‘beautiful view’ in Italian was founded by Vittorio Moretti in the early 1970s, with the first vintage produced in 1979. In 1981, he met a young winemaker, Mattia Vezzola and this partnership transformed Bellavista into Italy’s leading producer of quality sparkling wine.

I had the honour of meeting Ettore Maggi, Bellavista’s European Brand Ambassador, at an exclusive evening hosted by Victor and Carina Contini. 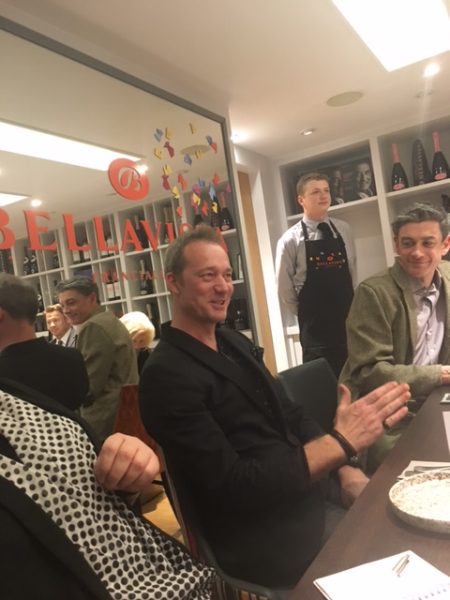 The enthusiasm of the Continis to champion brands they truly believe in, as they have done at Contini Cannonball with the Glengoyne Room, matches the enthusiasm of Ettore for Franciacorta, described by Decanter as “one of Italy’s best sparkling wine secrets.”

The entire menu for the evening reflected the Contini’s new approach to eating Italian, which are lovingly prepared dishes reflecting modern Italian cuisine using local producers. These were matched with different Franciacortas. 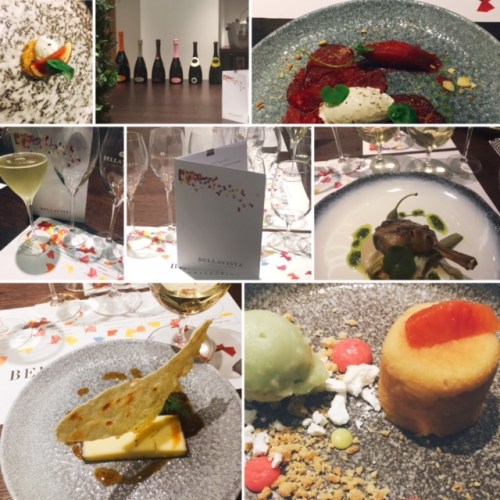 We also sampled  two still wines, the Bellavista Curtefranca Convento della Santissima Annunciata 2011 and the Bellavisa Curtefranca Uccellanda 2011. Both made with the Chardonnay grape, we tasted the ‘Annunciata’ with a Borders lamp chop, served with aubergine mantecato, crusted artichoke and Gongonzola DOP mint salsa verde.

Deep straw in colour and with a complexity that married well with all the flavours on the plate, this was my favourite wine of all the ones we tasted on the night. The Bellavisa Franciacorta Saten 2011, came a close second, as Ettore predicted, saying it’s a bit of a girly wine as it tends to have a higher residual sugar.

I liked it because once again, it was made from 100% Chardonnay, had a lovely nose of peach, citrus and honey, yet was elegant on the palate.   It didn’t cause me heartburn either. In fact none of the wines did. Result!

Menus for private events in the Bellavista Room start from £28.50 per head, with special dishes on offer including a carpaccio of Scotch beef fillet with rhubarb mostarda, toasted almonds and horseradish crema, which perfectly complements Bellavista’s NV ‘Alma’ Gran Cuvée. You should also check out the Petra Extra Vergine Olive Oil, exclusive to Contini. I’ve already put my name down for one of the empty bottles, which is stunning in design. It tastes pretty amazing too. 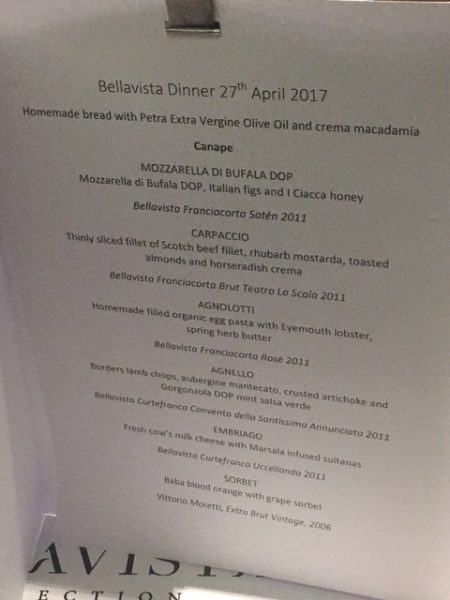 The passion of Ettore for Bellavista wines, and indeed Franciacorta is unstoppable. He could literally talk for hours on the subject and his enthusiasm was infectious. I’m told that Ettore will be using the space as a base for tastings, so if you want to find out what the fuss is all about and be one of the early adopters, I’d get in on the act soon. He’s certainly got a new champion in me.

For more information about the Bellavista Room, and to book, visit
www.contini.com/contini-george-street/private-dining