Craft Beer for the People – The Brewdog Bible

Back in 2011, a nascent love of craft beer brought together myself and now-fiance Raymond. At the time, Brewdog was still a pup, but their hop-forward brews introduced us to a world of schooners, IPAs, mash tuns, festivals, homebrew competitions and more. Grateful for the kickstart, I’ve since enjoyed watching their meteoric rise, and their attempts to balance this with their punk ethos. 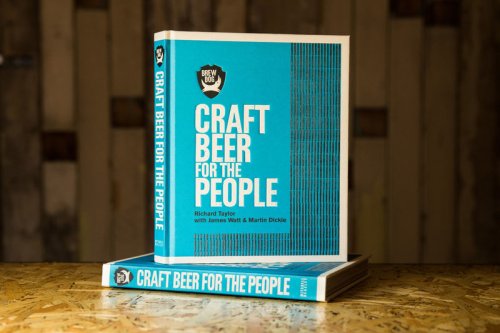 With world domination at their fingertips, a book to nurture a new generation of beer lovers makes sense. Let’s be clear: Craft Beer for the People contains no surprises for anyone with more than a passing interest in beer. However, it will be successful in its aim to capture the intrigue that fledgling Punk IPA sparked in Raymond and I, and deliver it, as always, to the masses.

Our bookshelves may now be dotted with Mikkeller’s Book of Beer and The Craft of Stone Brewing Co, amongst others, but Brewdog’s Craft Beer for the People is still an admirable addition. Like its contemporaries, it’s true to the brand’s style and contains all the hallmarks of a craft beer book: a history of brewing; of the company; a guide to tasting beer; recipes for beer, and beer-matched recipes. Not a fan of Brewdog’s style of provocative banter? This one’s not for you.

Craft Beer for the People does contain a few novelties. The cut-out-and-keep beer mats are amusing and kind of cool. However, the idea that you’d take this bright blue hardback to the pub to take notes, create drop ticks (placing a drip of beer on the page as evidence of drinking it) and to ‘play spot the hipster’ is daft. Let’s give them the benefit of the doubt and assume it’s been done tongue-in-cheek.

Reporting for Edinburgh Foody, it seemed remiss not to try one of the beer dishes. Having received the intimidating Food and Beer for my birthday, the usual array of chicken wings, mac ‘n’ cheese and chilli was a welcome sight. My only hesitation was the authors’ choice to just match beers, rather than use them as ingredients. It’s true that I’ve made too many distinctly bitter dishes, having not cooked off the alcohol properly, but isn’t the point of cooking with beer to feature it in the meal? 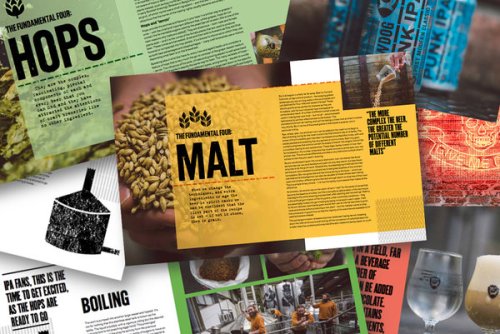 Reservations aside, I plumped for the Chocolate Torte, which was recommended paired with Brooklyn Black Chocolate Stout. One of my all time favourites, it’s remarkable for its exceptionally luscious chocolate notes. Sadly, I was already suffering a hangover and wasn’t able to venture to my local bottle shop. Instead, supported by a Tesco shopping trolley, I picked up a bottle of Brewdog’s Jet Black Heart, a smooth milk stout, and a personal Brewdog fave.

The torte was easy to make, with the recipe accurate as well as amusingly described: “using an electric whisk (powered by electricity)” enabled me to successfully produce my first egg/sugar custard for a cake. The rich, decadent sponge was very popular with guests; cakey at the edges and moist in the middle. And the chilled, viscous mouthfeel and roast maltiness of the stout was a most welcome complementary choice to wash it down. 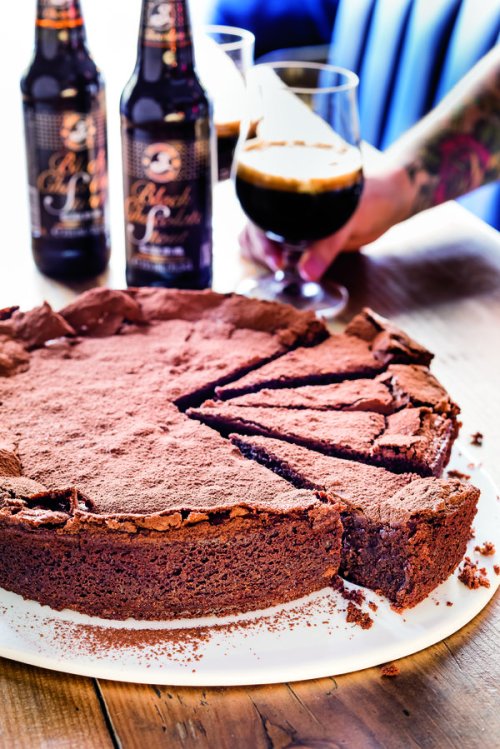 All for one, and one for all

As the evening’s edges began to blur, I reflected on Craft Beer for the People. It had been interesting to read the origin story of Brewdog stalwarts like 5am Saint, and learn more about popular techniques such as barrel ageing, but overall it was definitely one for brewing newbies. Still, the beer recipes (which feature many breweries beyond Brewdog) will be a good reference for Raymond’s homebrews, and I shall be giving a few more dishes a try – I have the mussels in gose marked out, and the bean burger. Pass the bottle opener, will you?

Craft Beer for the People