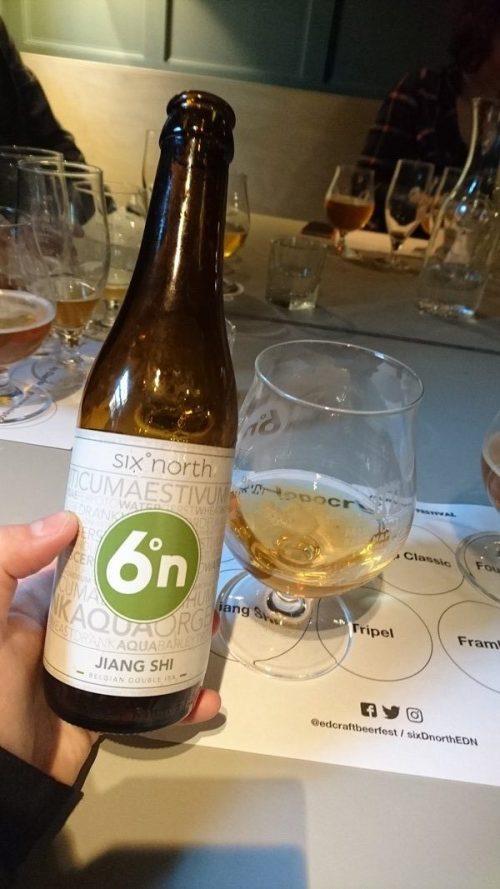 Taking place in Assembly Roxy, Edinburgh Craft Beer Festival promises to be a welcome addition to the Edinburgh festivals calendar. Scotland’s newest beer festival boasts 65 beers from 13 breweries across the UK and Europe. We sampled an impressive selection from Six Degrees North, Scotland’s Belgian-inspired brewery, all of which were to be highly recommended.

Haven’t got a ticket to Edinburgh Craft Beer Festival yet? Better get on that, as it’s almost sold out. Keep an eye out for a collaborative beer brewed by the organisers with Ushers Brewing Co, an interesting-sounding double red rye IPA. There’s also spirits from Arbikie and wine from Vino for those after something different, as well as street food and a charcuterie trolley. (Yes please!)

As an aside, do stop by Six Degrees North (Howe St) as soon as you can. They have an impressive menu that dabbles beyond the usual craft beer fare and a whopping 40 taps showcasing a range of Belgian and British beers, plus many more in bottles. The atmosphere is calm and the staff are great.