It’s a growing niche market, printed magazines dedicated to food and drink. I am a firm fan and regularly visit Analogue Books in Edinburgh to see what’s new (Jan 2015 – alas now closed). We have our own home grown magazine, Hot Rum Cow, designed and created in Edinburgh. Previous issues have focused on Whisky, Gin, Sherry and Cider, so a beer issue seemed to be on the cards.  Rather than just write about beers, the team decided to go one step further and create their own with Stewart Brewing’s help.  Mr EF was invited along to taste the two contenders for the “Hot Rum Cow Beer”.

Hot Rum Cow is an independent magazine for people who are fascinated by great beers, wines & spirits – and the extraordinary stories behind them. It is named after a warm cocktail made from rum, milk, brown sugar and nutmeg. Some people love it, others don’t get it – and that’s exactly the sort of magazine that Hot Rum Cow publish.

I realised that it must have been quite some time since I last visited Stewart Brewing. The brewing vats were surely not so large, shiny and numerous? Stewart is clearly going from strength to strength. We were invited to choose which of two brews should be created as  Hot Rum Cow‘s very own beer! Guests were welcomed with beer from Stewart’s ever expanding range. Samples of the barley use in the beers were also available to try before the tour of the began. We discovered the original, smaller tanks I’d originally seen at the back of the brewery. 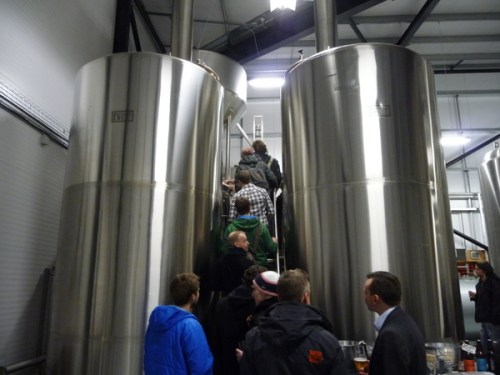 Climbing the glittering towers at Stewart’s

For a magazine that loves its beer, creating a recipe that would encapsulate their ethos, design led publishing and sense of humour seemed a natural step. After months of planning (and glasses sipped) two beers were presented to the throng for tasting.

Would it be beer A or beer B? It was up to us to make the choice. Each taster had a voting sticker to place on strategically placed boards. Board A rapidly filled up but Beer B challenged even the avid beer drinker. Its chocolate malt flavour was admired, but the smoked chipotle chilli pepper kick was just that bit too eye watering – chillies has been steeped in it for 5 days. 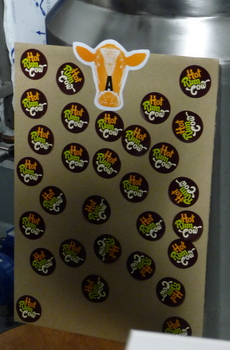 The voting hots up

The outright winner was the 7.9% Rye-IPA. It was brewed with Amarillo, Chinook and Galaxy hops and has burnt orange with citrus and tropical fruits on the nose. It’s reminiscent of a Belgian larger in style, but more flavoursome. A winning heer indeed!

The launch of the Hot Rum Cow beer to a wider audience is still at the planning stage. We’ll keep you updated.

A full report on Hot Rum Cow’s new beer will be found in Issue 5 of the magazine, which will be published in March 2014.

Stewart’s  have recently announced a Craft Beer Kitchen, where members of the public can create their own beers. Prices start at £160 for 40 litres with all ingredients, use of facilities, labels, bottles and tuition from Stewart’s own experts. 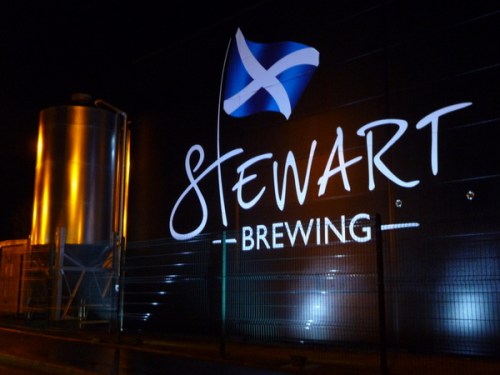